Since her explosive fight with Bachelor Nation’s number-one enemy at the moment (a.k.a Shanae), fans have wanted to know more about Genevieve from The Bachelor 2022 and how far she makes it with Clayton.

So what happens to Genevieve on The Bachelor 2022 and how far does she make it after her heated feud with Shanae? Read on for what we know about Genevieve’s love story with Clayton. (For more Bachelor 2022 spoilers, click here.)

Who is Genevieve from The Bachelor 2022? 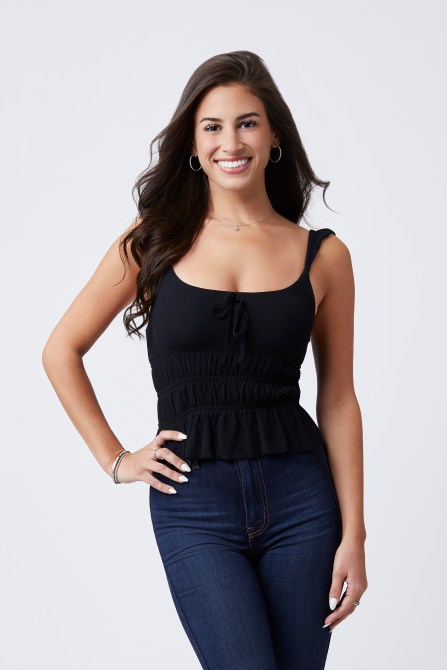 When she was announced as part of The Bachelor season 26 cast, Serene posted a photo of her headshot for the show, along with the caption: “Get ready to be entertained by my facial expressions. 👀🥰.” On premiere day, she posted a photo of her and Clayton from Night One with a quote from her limo entrance: “‘Genevieve you have to make yourself stand out during limo exits’ Me to Clayton: ‘I’m so nervous.'”

In her Bachelor bio, Genevieve described herself as “ambitious, confident and persistent” and her dream man as someone who has a “good relationship with their mother” and can have “deep, meaningful conversations.” “Genevieve is looking for a man with whom she can get lost in their own little world. She is ambitious, confident and persistent, and says that when she wants something, there isn’t much that can stop her from going for it,” her bio reads. “Her dream man is someone that will let her maintain her independence and always keep her laughing. She wants someone who won’t be afraid to admit that they are wrong or change their personality when they are bro-ing out’ with the guys. They also must have a good relationship with their mother and be able to have deep, meaningful conversations. What Genevieve wants is to find a passionate man who can flirt with her well past the first date and make their love go the distance.”

For her fun facts, Genevieve listed the following:

What is Genevieve’s job?

What is Genevieve’s job? Genevieve lists her job on The Bachelor as a “Bartender.” She graduated from Hishop Feehan High School in in Attleboro, Massachusetts, and attended the University of Massachusetts in Boston, Massachusetts. According to a scholarship announcement in 2015, Genevieve was pursuing a nursing degree. Her mother, Anne Parisi, is also a nurse at RI Hospital. Genevieve is also an influencer and is represented by the management company A-List Me. She also modeled for the brand Muscle Beach in 2019.

What happens to Genevieve on The Bachelor 2022?

The date came after  Shanae wasn’t on the winning team of a group date in week four but crashes the party of the winning team and breaks their trophy. At the party, Genevieve and Shanae also get into a fight, which leads to their Two-on-One date in the following episode. Genevieve was eliminated two Rose Ceremonies after her Two-on-One date in week seven before Hometown Dates. According to Reality Steve, Genevieve doesn’t go on a date with Clayton that week and is eliminated before the Rose Ceremony. 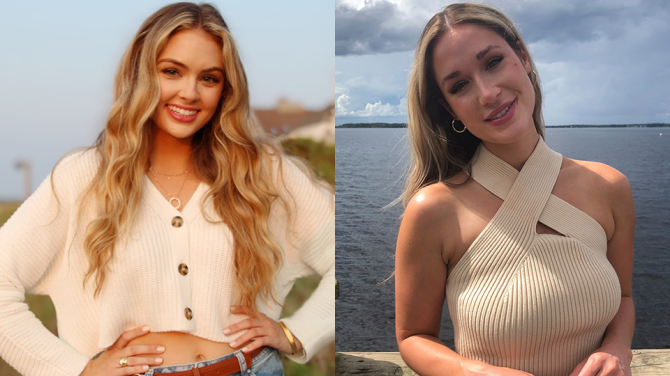