Fans have been waiting for these Game of Thrones spin-offs for what feels like eons. Really, it’s only been some time since the famed HBO series aired its eighth and final season in May 2019—but that doesn’t make the wait any easier. One way to pass the time, though, is by getting to know a little more about the Game of Thrones spin-offs that HBO has in store for fans. Let’s get into everything we know so far.

Ahead you’ll find details about all the Game of Thrones spin-offs that are rumored and confirmed as being currently in the works over at HBO. But first, it’s worth noting that you won’t find that Naomi Watts-led prequel below—and that’s because it was already canceled by HBO before it could ever see the light of day. The untitled prequel was the first among several GoT spin-off scripts commissioned by HBO to get the green light for a pilot episode in June 2018. But just months after the Game of Thrones finale episode, HBO revealed that they were scrapping the prequel.

“After careful consideration, we have decided not to move forward to series with the Untitled Game of Thrones prequel,” the network said in a statement in late October 2019. “We thank (showrunner and screenwriter) Jane Goldman, (director) S.J. Clarkson, and the talented cast and crew for all of their hard work and dedication.”

House of the Dragon 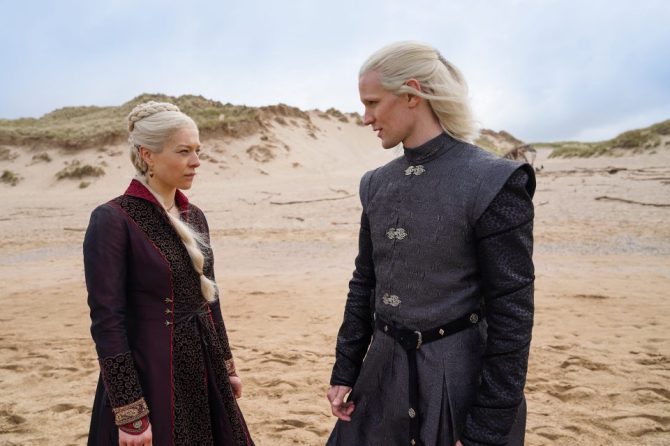 While the Game of Thrones prequel starring Naomi Watts was scrapped by HBO early in its development, the network still had good news for fans after making that decision. HBO announced a new prequel, House of the Dragon, co-created by author George R.R Martin  and Ryan Condal. Like Game of Thrones, this new series will be based on Martin’s novels—and it’s officially coming our way in 2022. You can watch the trailer for the series below.

“House of the Dragon has been in development for several years (though the title has changed a couple of times during that process),” Martin wrote on his blog after HBO announced the series pickup. “It was actually the first concept I pitched to HBO when we started talking about a successor show, way back in the summer of 2016.”

According to HBO, the series will focus closely on the events of Martin’s book Fire & Blood, which tells the story of House Targaryen and their civil war that took place 300 years before the events of Game of Thrones. Key figures in the spin-off include King Viserys Targaryen, played by Paddy Considine, and Princess Rhaenyra Targaryen (a.k.a. King Viserys’ chosen heir), played by Emma D’Arcy.

The Tales of Dunk and Egg

In January 2021, Variety reported that another prequel titled The Tales of Dunk and Egg is in development at HBO. The hour-long spin-off is based on Martin’s series of novellas of the same name, which included three novellas so far: The Hedge Knight, The Sworn Sword and The Mystery Knight.

Dunk and Egg takes place 90 years before the events of A Song of Ice and Fire—the series that served as the inspiration for Game of Thrones. The story follows a knight named Ser Duncan the Tall, a.k.a. Dunk, and his squire Aegon V Targaryen, a.k.a. Egg. At the time of writing, neither HBO nor Martin have confirmed the series.

Sources reportedly told The Hollywood Reporter in January 2021 that an “adult-leaning” animated GoT series is in the early stages of development over at HBO. THR revealed that meetings with writers were reportedly underway, however no official deals have been made.

The Winds of Winter

Although Game of Thrones had its series finale, the book series that the show was based on has yet to end. The Song of Ice and Fire series by George R.R. Martin still has two books left—The Winds of Winter and A Dream of Spring—before the series is done. While there is no word on whether HBO is considering a separate spin-off after Martin wraps his book series, many fans are looking forwar to the possibility of an alternate ending episode based on Martin’s books in the future.

In July 2020, Martin revealed that he’s “making steady progress” on the penultimate book in the series. “I am spending long hours every day on The Winds of Winter, and making steady progress. I finished a new chapter yesterday, another one three days ago, another one the previous week,” he wrote on his blog. “But no, this does not mean that the book will be finished tomorrow or published next week.”

He added, “It’s going to be a huge book, and I still have a long way to go. I have bad days, which get me down, and good days, which lift me up, but all in all I am pleased with the way things are going.”

On March 18, sources told Variety that HBO is developing a spinoff either titled 9 Voyages or Sea Snake about House Velayron’s Lord Corlys Velaryon, husband to Rhaenys Targaryen. The “Sea Snake,” as he was called, was the leader of one of the largest naval fleets in all of Westeros and amassed more wealth than even the Lannisters themselves. According to Variety, the series is attached to Rome co-creator, Bruno Heller.

While there is not much known about Flea Bottom, the series spinoff is reportedly set to take place in King’s Landing’s poorest district, according to Variety. HBO has yet to announce writers attached to the series.

Variety reports that HBO is also working on 10,000 Ships, a series focused on the story of Princess Nymeria of Ny Sar’s journey to Dorne with the Rhoynar, along with her marriage to Lord Mors of House Martell.