We’ll call it a slip-of-the-tongue. Kit Harington did an interview with Variety about his journey with the hit HBO series, Game of Thrones and seemed to have dropped some clues about the fate of his character, Jon Snow. Spoilers for Game of Thrones season 8 have been few and far between. With the final season fast approaching (April 14 OH. EM. GEE), the cast is probably looking forward to no longer having to keep things a secret. But it looks like Harington got caught up talking about the latest season and let some key information out. Let’s delve in.

Harington’s Jon Snow is by far one of the most likable characters on the HBO series. He is noble, brave, kind, funny and SO SEXY. That voice!? ANYWAY. His bravery and stubborn behavior has gotten him into a few precarious situations (aka almost dying nearly every season). In fact, he probably should be dead. And would be dead if this was real life. Sorry, but being pulled down into icy water by white walkers to then resurface and ride a horse through the tundra…was hypothermia not a thing North of the Wall? Regardless, it seems season 8 will not feature another “Will he survive or won’t he?” moment for Snow.

Of the final season, Harington said, “They went balls out, I think is the term. They could have easily set the same budget as they did for season 7, but they went bigger.” 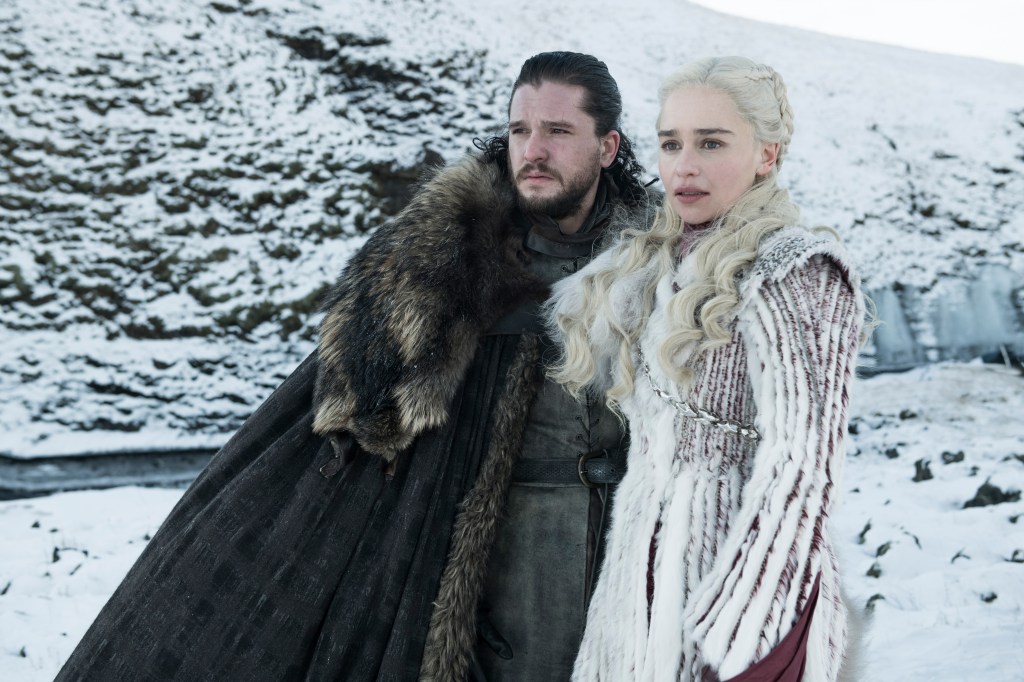 Oh damn. Season 7 was already killer—if the budget increased and the attention to detail is as strong as it has been in the past, we are in for quite a ride, people! 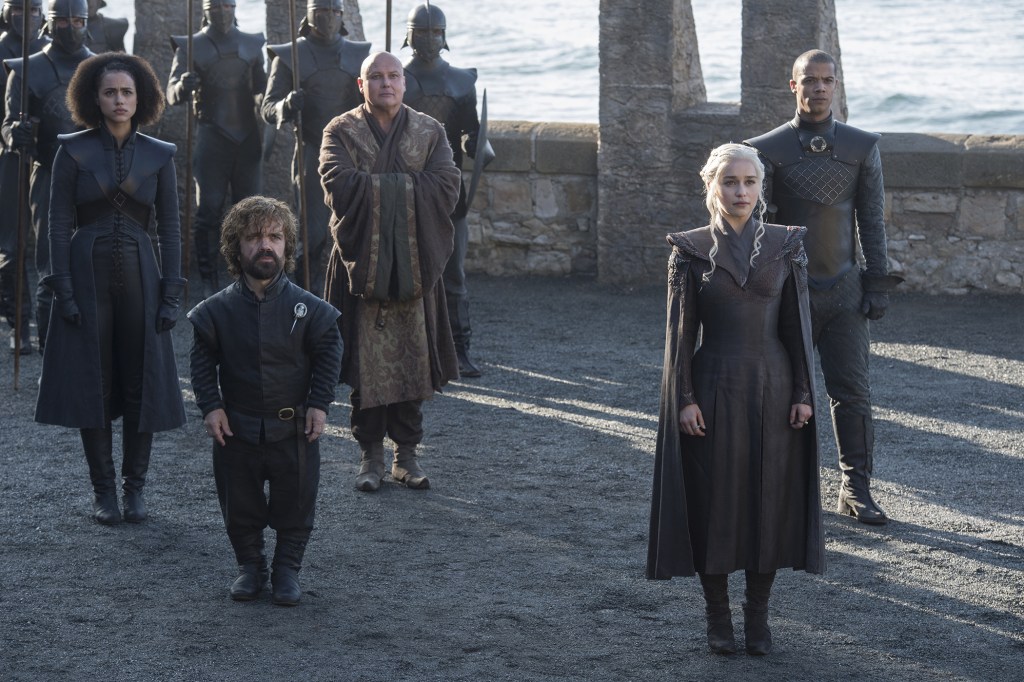 Harington then revealed that filming season 8 took an emotional toll on pretty much the whole cast. He explained that the last season was a nine-month shoot “in extreme weather and just in heaving fucking costumes.” Alright—no slip up there. We’re all aware that “winter has come” and heavy coats are necessary. 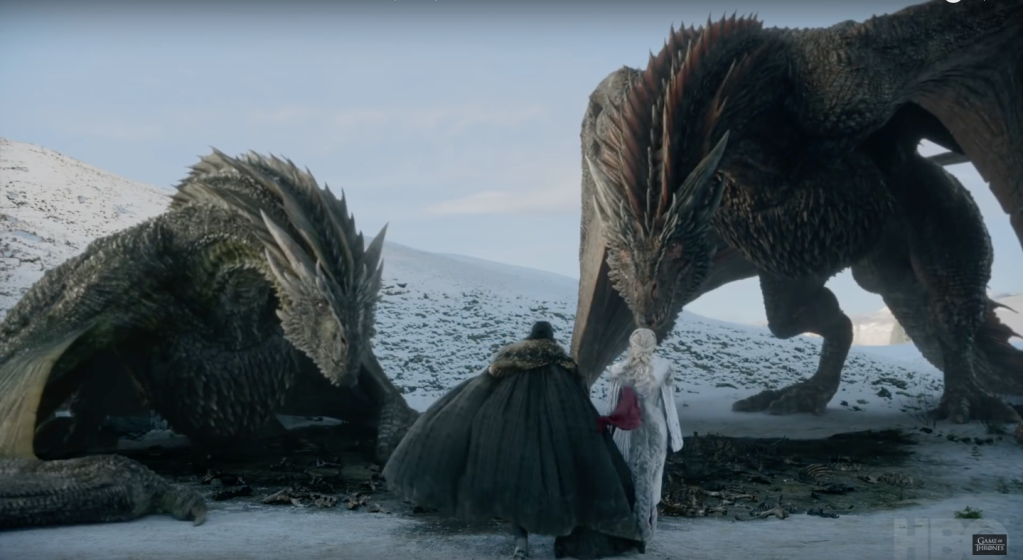 But here’s where Harington gave us a big look into Snow’s fate:

You have these in-jokes, and these relationships that thrive for eight years. That’s a long time for those jokes to be going, and they never felt old or tired. In the last season, I was like, these are getting tired now. And I think they got tired because we could see the end coming. That’s a way of emotionally detaching from something: relationships very slightly starting to strain, just on the edges, just frayed. Now everyone loves each other again.”

There is A LOT to unpack here. But the biggest reveal of all? HARINGTON FILMED THE WHOLE TIME. He was there every episode, charming  along while other people were “in and out.” SO. Jon Snow can’t die until the season finale (if he dies… which, sorry…he probs will). But fans might be able to rest easy knowing that Snow’s fate is safe until at least the season finale. He is going to be in-it-to-win-it.

Harington then shared another anecdote from shooting. The actor says he saw Peter Dinklage wrap production a day earlier, “and I saw him just break down.” Aw! We love Peter. And his character, Tyrion, is probably one of the most intelligent out of the entire cast and series. 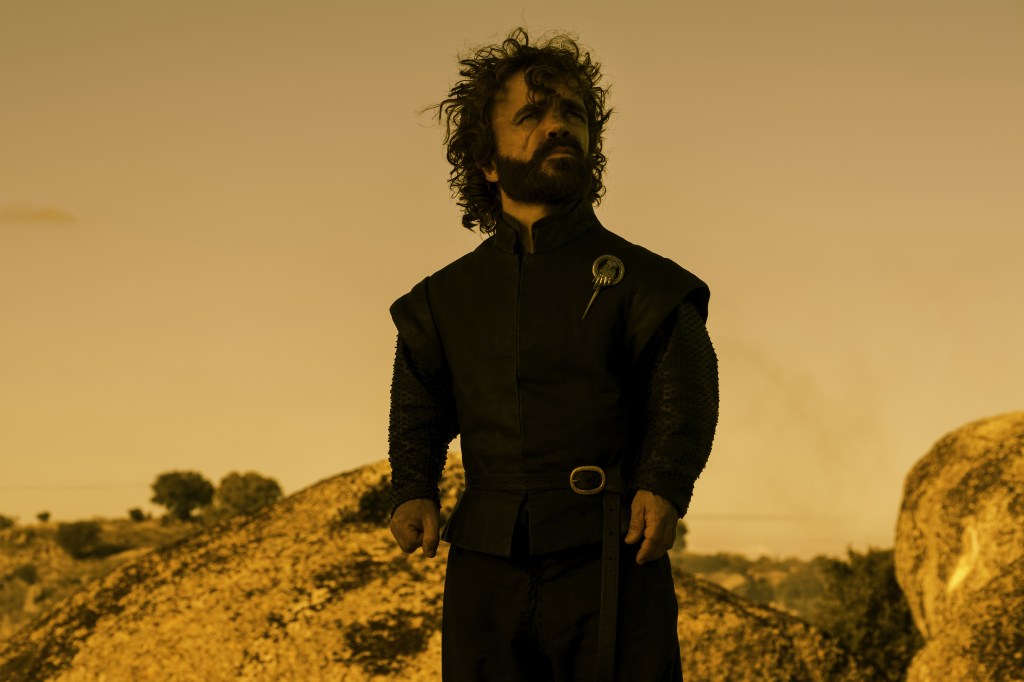 So perhaps we can rest easy knowing Tyrion likely survives until close to the end as well? BGR said they thought this must mean Jon Snow outlives Tyrion. But that’s not necessarily true. Shows don’t always (in fact, almost never) shoot chronologically. Harington’s final scene could’ve been shot the last day, but it could be the first scene in the season finale. You feel us? So for that matter, if the producers decided to shoot by location of the entire season instead of episode-by-episode, it’s possible Snow could die sooner than we think.

Regardless, though. The fact that Dinklage and Harington were shooting so long likely means both of their characters are saf—at least through the majority of the season. Are you freaking out? We are. GET PUMPED. Winter is here.