Just when we thought things couldn’t get any pettier, HBO just dropped Game of Thrones’ series finale photos. We have so many questions. First and foremost, we realize that GoT and HBO live for their little secrets–they built a massive wall of storage containers just so prying eyes wouldn’t catch a glimpse of the Season 8 set. Now, as we press closer to the series finale–Game of Thrones is giving us just a nugget of info about how it will all end. And when we say nugget, we mean a crumb.

Typically, in the days leading up to a new Game of Thrones episode, HBO releases a chunk of photos of some of the scenes we can expect to see. Obviously, these photos are hand-picked by the network and GoT showrunners, David Benioff and D.B. Weiss. Since fans heavily scrutinize images from #demthrones, any photos released must be super spoiler free.

We guess the series finale is absolutely covered in spoilers because the powers that be over at HBO only posted two measly GoT photos from the very last episode. The first photo is Tyrion Lannister (Peter Dinklage) looking exhausted, stern, and war-torn. The second and last photo from this release is a snap of Daenerys Targaryen (Emilia Clarke). The picture shows the Mad Queen looking over the crowd King’s Landing–which is in complete ruins–with her Unsullied at her feet. We hope she’s not about to deliver any type of victory speech because what she did during “The Bells” was a hot ass mess. If her head left her shoulders, we wouldn’t be upset. 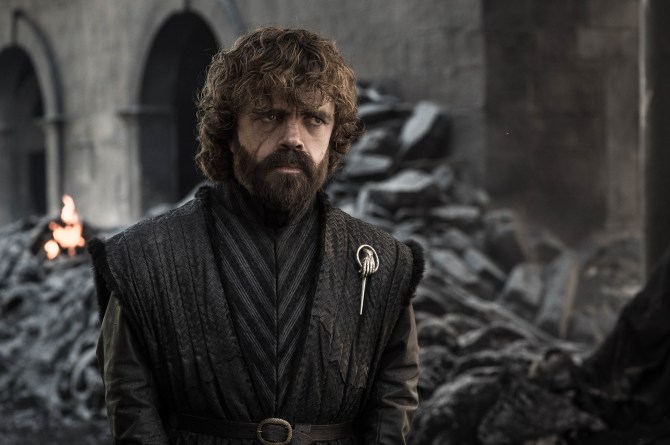 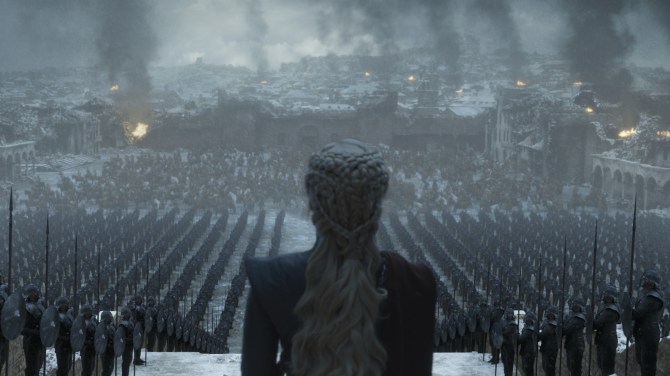 We’re not the only ones who were not pleased with Game of Thrones‘ second to last episode ever. It currently has the lowest rating of any GoT episode with a Rotten Tomatoes score of just 47%. With only two photos released from the finale, we can’t tell if we should expect an epic conclusion or nah.