Mk. So we’ve basically been waiting of all of Season 8 for Arya to use her face swapping skills. She went through ALL of that training and we’ve only seen her do it like, twice? This new Game of Thrones theory about Arya and Grey Worm might mean we’ll experience some trickery after all! Fans are convinced Arya is going to steal Grey Worm’s face in order to get closet to Daenerys and kill her. After all, throughout this entire season Arya has repeatedly told everyone who asks, “I’m going to kill the queen.” Of course, until now she fully meant Cersei. But oh how the tables have turned! It seems Cersei wasn’t the show’s ultimate villain or concern. It’s been Daenerys the whole time! Varys knew and was burned for trying to do anything. Jon has been blinded by love as well as his noble, if slightly naive, unwavering faith he places in people. And Tyrion, well, we truly expected better. But he was going to keep his word and remain loyal until he had a real reason to waver. And well—he now has more than enough cause to turn on his queen.

And now the question at hand is, who will kill the Mad Queen? We mean, Daenerys pretty much has to die, right? It would be a hard sell for the writers to keep her in power. Because there would always be someone trying to overthrow her. Many people have theorized that Jon Snow will have to kill his Queen/Lover/Aunt. That’s a likely solution because it would be the perfect balance of tragedy and a happy ending…sort of? But it’s unlikely Dany will let him get anywhere near her now. Same with Tyrion. And while it would be kinda cool to see Sansa take Dany’s life, and even the throne—she seems the least likely to have an opportunity to get close to the Mad Queen of the Ashes. So fans are hopeful that we’ll get to see another Walder-Frey-like moment with Arya. There were theories that maybe the youngest Stark girl would use Jamie’s face and kill Cersei. But alas, the rocks beat her to it. Arya somehow survived Danery’s horrible attack on Kings Landing and we’re guessing she’s exceedingly angry.

According to Reddit fan Hoowuurd, Arya is going to have to add Grey Worm to her kill list. If she can take his face, the one man who’s remained loyal to Danerys through it all, she might be able to kill Khaleesi. (We’re just glad Jorah wasn’t around to witness Dany’s break—think how devastated he would be). But this theory is so good. We love it. 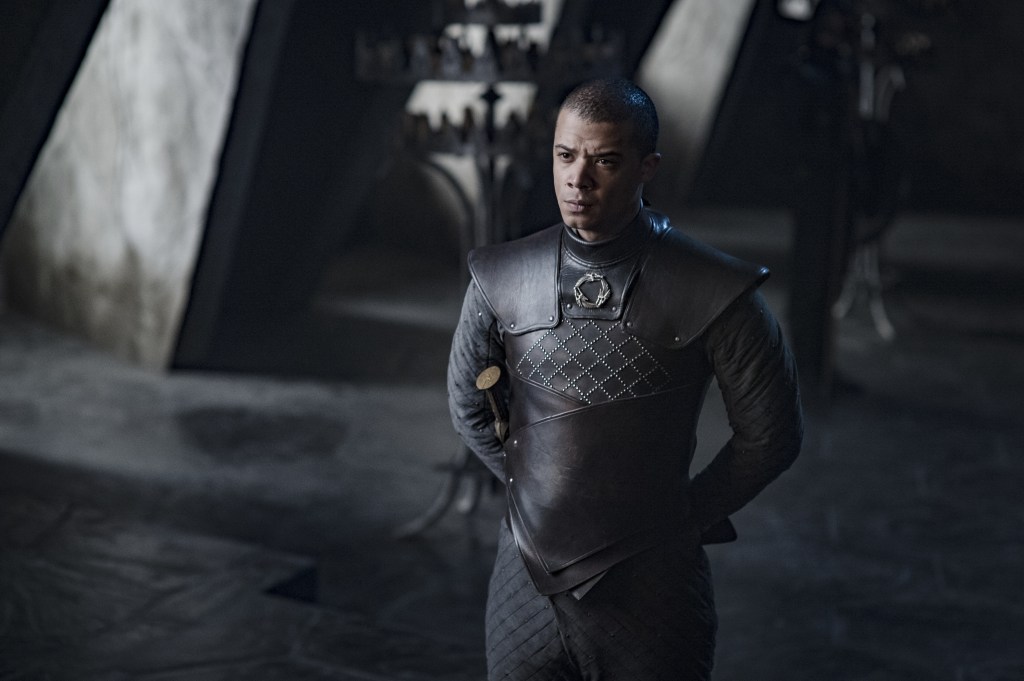 “The obvious problem is getting close to Dany, as well as killing her without it being frowned upon by the realm,” the theory goes. “This will lead to Arya killing Grey Worm, as I mentioned he’s been chaotic, plus he’s Dany’s right-hand and slightly starting to go crazy after he lost his love.

“Arya will use Grey Worm’s face to kill Dany, and set it up to look as if either Grey Worm killed Dany and then himself, or just flee the scene and leave it a mystery to the realm.”

Aw. We’d be kinda sad to see Grey Worm go. But he doesn’t have a lot to live for anymore. Or at least that’s what he thinks. After losing Missandei in Episode 4, Dany is the only woman in his life and the only person he has willingly protected his entire life. And all of Dany’s allies are either dead or against her now too, after last week’s episode. 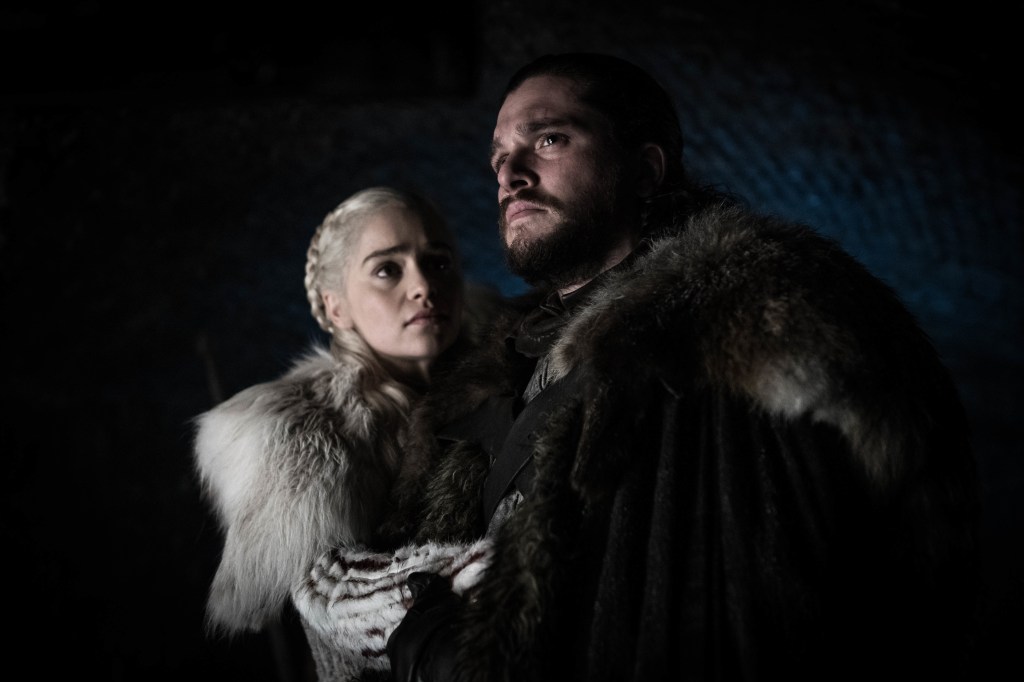 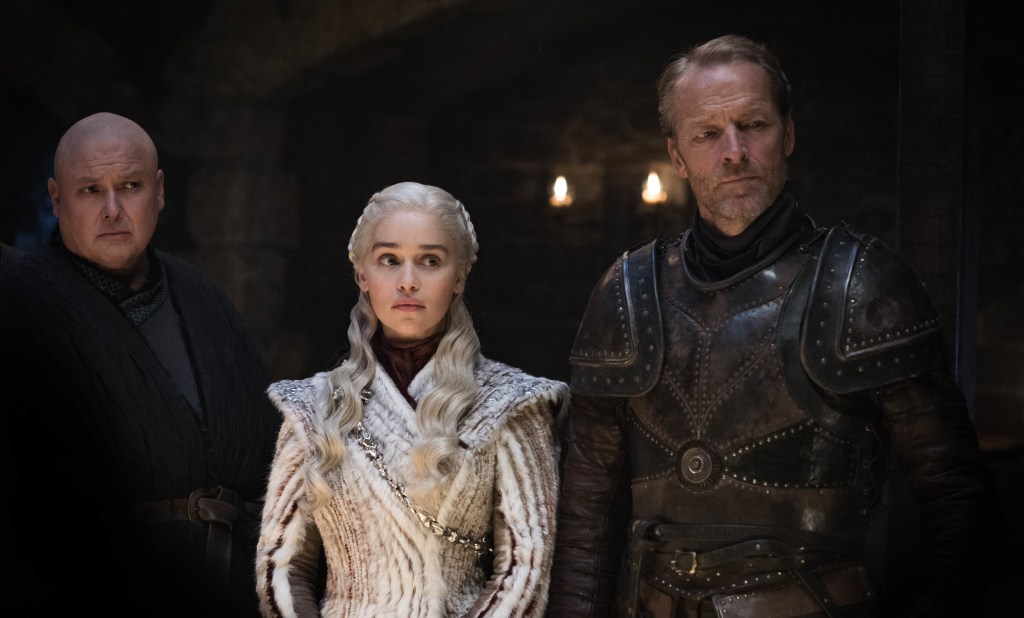 The only way we see Daenerys dying is if Grey Worm and Drogon both die too. Buckle in people, we are in for a bumpy 80-minute ride this Sunday! We feel like this—having fun while heading to your potential execution: