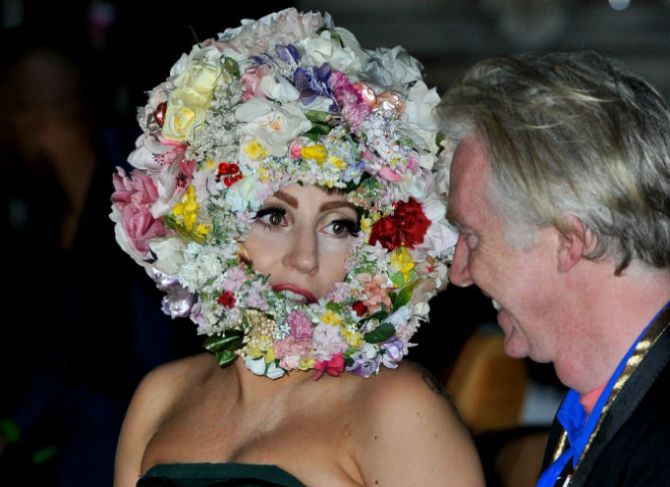 Nothing says “fashion feud” quite like hot dogs, hamburgers and … a meat-wearing celebrity.

To get you up to speed: Horyn wrote a less than flattering review of de la Renta’s Spring ’13 runway show in which she referred to him as a “hot dog” of American fashion, as opposed to a powerful decision-maker. In turn, the distinguished 80-year-old designer took out a full page ad in WWD last week in the form of an open letter, writing: “If you have the right to call me a hot dog, why do I not have the right to call you stale 3-day old hamburger?”

(Let it be noted these are professionals at the top of their fields, not Kindergartners fighting over a glue stick.)

Naturally, no brouhaha is complete until a celebrity weighs in via Twitter, which is what Lady Gaga did this morning, according to WWD. Gaga — a noted skeptic of fashion critics (she dedicated a whole column in V Magazine last year to what she referred to as “Extreme Critic Fundementalism” — let her 30 million followers know whose side she was on, writing: “@OscarPRGirl Bravo Oscar. Only you would be so chic as to purchase an entire page in WWD, making statements like a good fashion citizen.” (Not that Horyn would have the seen the tweet herself: She made a big show of unfollowing Gaga from Twitter last year).

As is often the case with prickly tweets, it’s since vanished. Maybe both sides decided it was better to put the issue to bed. Or between a bun. Either way, vegetarianism is looking better and better.