The Toros and Clovers are back. Gabrielle Union confirmed a Bring It On sequel is in the works. Union, who costarred with Kirsten Dunst in 2000’s original Bring It On, revealed that she and Dunst are working on a sequel to the film inspired by Netflix’s 2019 docuseries Cheer.

“We actually did like a public panel a couple of weeks ago and they asked about it,” Union said on a recent episode of James Corden’s The Late Late Show. “And we all were like, ‘We’re in, like we’re absolutely in.’ So, you heard it here.”

She continued, “Absolutely, it’s absolutely going to happen. I think because like we got obsessed with Cheer on Netflix and, you know, it kind of brought back the whole love of cheerleading. We kind of want to see where these people would be 20 years later.”

The original Bring It On, which also starred Eliza Dushku and Jesse Bradford, followed rival cheerleading squads—the Rancho Carne Toros and the East Compton Clovers—as they prepared for a national cheer competition. Dunst played the leader of the Toros, Torrance, while Union played the Clovers’ leader, Isis. Though Union confirmed that the Bring It On sequel will follow the original cast 20 years after the first film (we predict Union and Dunst will play Monica Aldama-type cheer coaches), fans already have a dream cast in mind and that consists of Gen Z and millennial talent, such as Normani, Victoria Monet and Ryan Destiny. 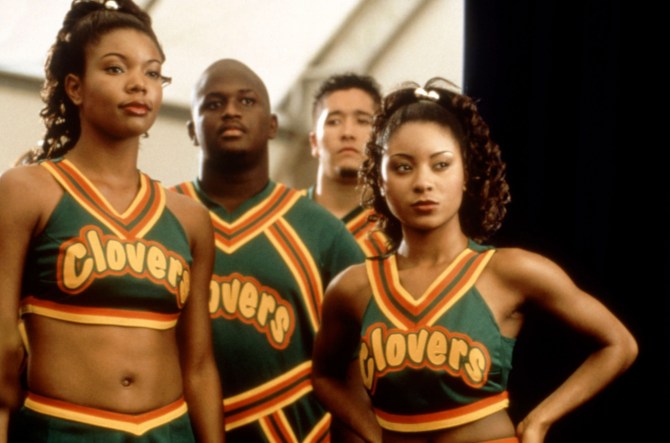 Watch 'Bring It On' on Amazon
Buy Now

Monet, who played a Bring It On-inspired character in the music video for Ariana Grande’s 2018 song “Thank U Next,” responded to an article about the Bring It On sequel, asking Union to let her audition.

Leave it to Union and Dunst to give the people what they need.