The 4th of July is upon us, so it’s time to reflect on our great nation (and, of course, suck down copious amounts of hot dogs, shop, and DIY our own American flag clothing.) Before we do all that, we decided a good way to celebrate the ol’ US of A is to compile some witty, sarcastic, and just plain funny quotes about America that have famously made the rounds.

From socially-conscious comedians like Bill Maher and Stephen Colbert, to beloved actors like Bill Cosby and Lily Tomlin, read on for 14 funny quotes about America. After all, how American would we be if we couldn’t laugh at ourselves once in a while?

If our Founding Fathers wanted us to care about the rest of the world, they wouldn’t have declared their independence from it.
–Stephen Colbert

Ninety eight percent of the adults in this country are decent, hardworking, honest Americans. It’s the other lousy two percent that get all the publicity. But then, we elected them.
–Lily Tomlin

Americans will put up with anything provided it doesn’t block traffic.
—Dan Rather 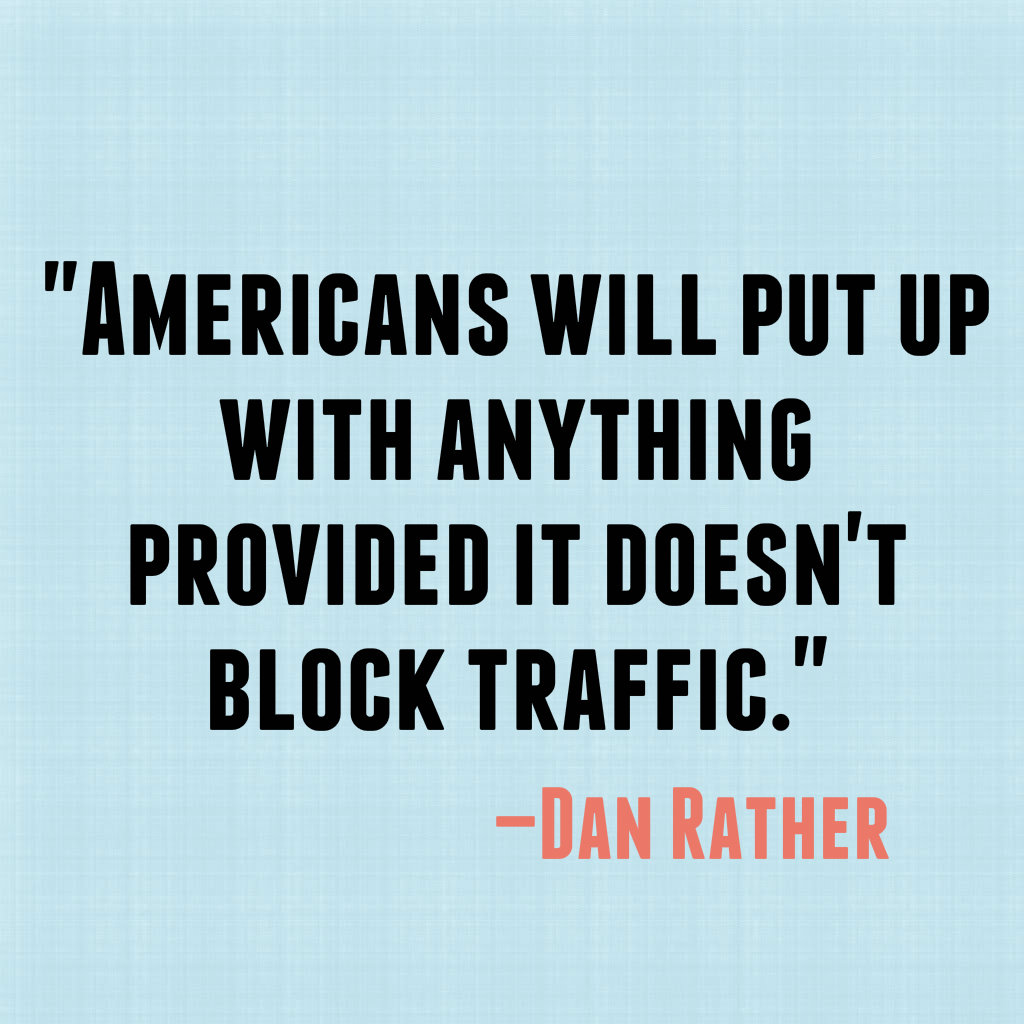 Football combines the two worst things about America: it is violence punctuated by committee meetings.
–George Will

I do feel more myself in America. I can regress there, and they have roller coaster parks.
—Alan Rickman

In America, anyone can become President. That’s the problem
– George Carlin 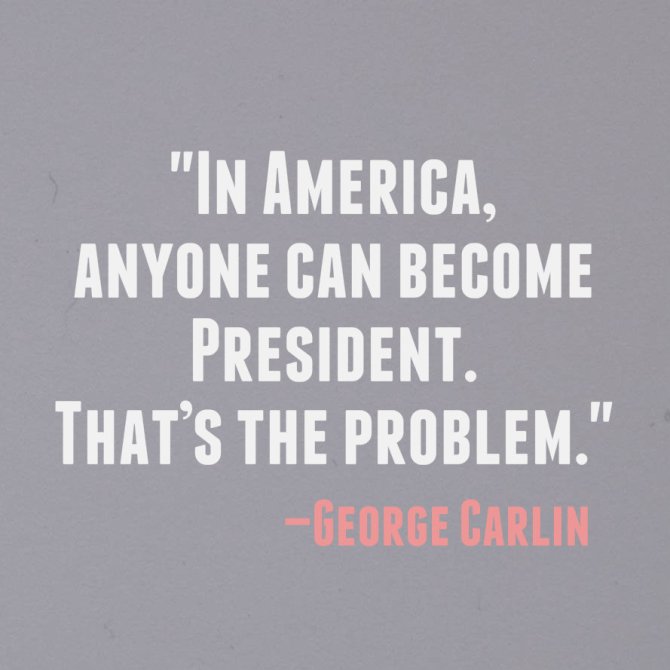 New Rule: This Valentine’s Day, Americans must remember that politicians are like a box of chocolates. We bite into them to find out what’s on the inside only to discover that Democrats are too often soft and gooey and Republicans are mostly nuts.
–Bill Maher

March Madnesss…the only place where you hear ‘Kansas is advancing.’
—Bill Maher

All people are born alike. Except Republicans and Democrats.
—Groucho Marx 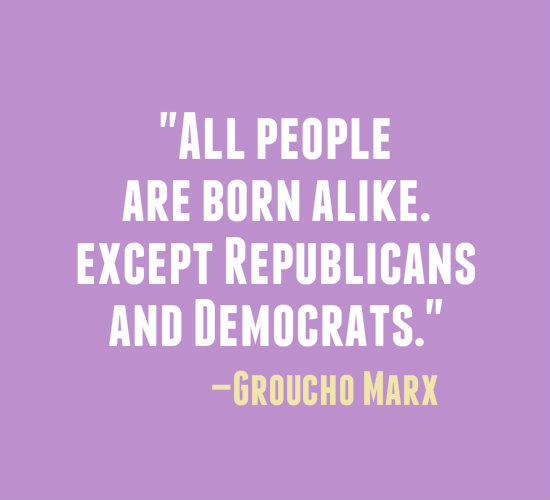 In America you can say anything you want, as long as it doesn’t have any effect.
—Paul Goodman

In America, sex is an obsession; in other parts of the world, it’s a fact.
—Marlene Dietrich

Ninety-eight per cent of American homes have TV sets, which means the people in the other two percent have to generate their own sex and violence.
—Franklin P. Jones

As a New Yorker, I’m someone who lives on an island and looks across to America.
—Laurie Anderson 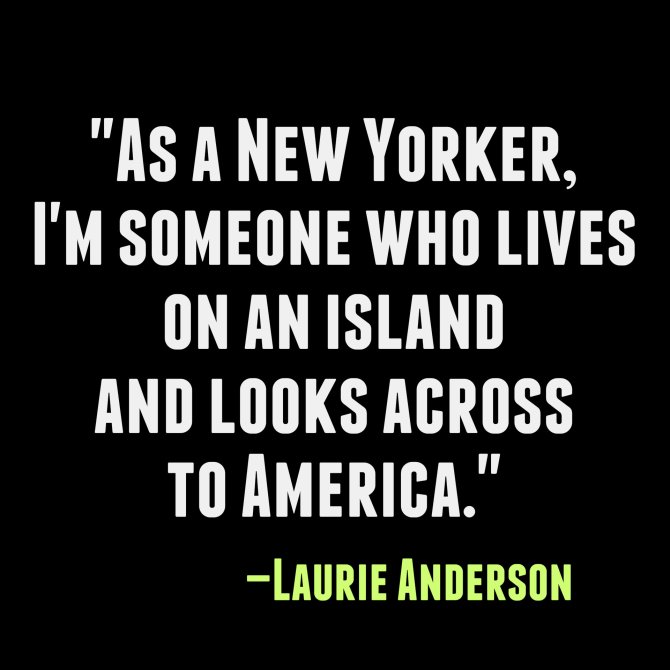