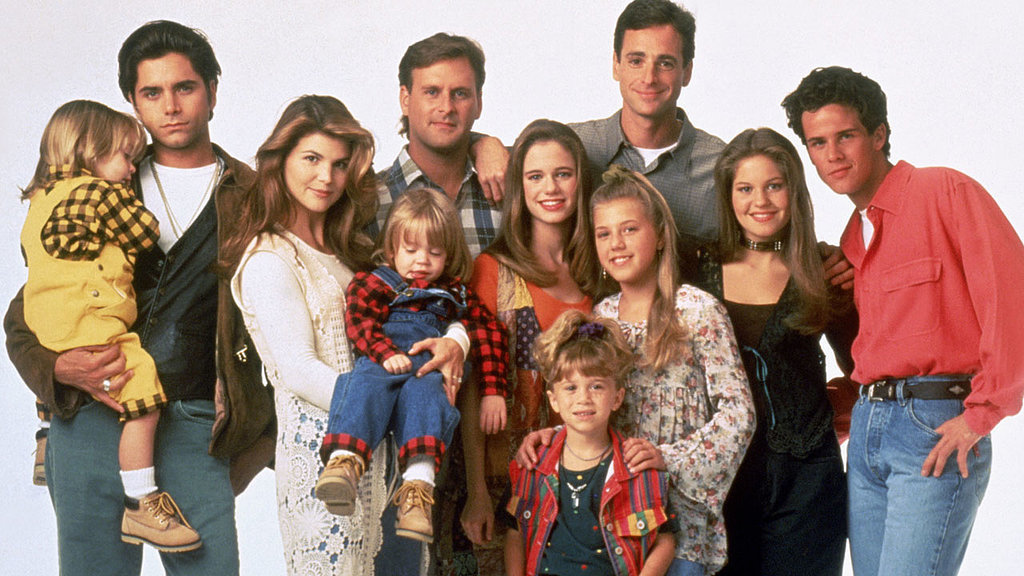 Let’s all say it together: Have mercy! Word on the street is that “Full House” is coming back to television, with an almost-intact original cast.

According to TV Guide, the sitcom’s star John Stamos—who played Uncle Jesse, an Elvis-obsessed hottie with killer hair and a pechant for white v-necks and flannels—is campaigning hard for the show to get rebooted. The report says that Stamos has original producers on board, as well as most of his original costars, including Bob Saget (Danny) and Dave Coulier (Joey) Andrea Barber (Kimmy Gibler), Jodie Sweetin (Stephanie) and Candace Cameron Bure (DJ.)

We hate to point out the obvious, but of course they’re on board: Most of them—with the exception of Sagat and Stamos—haven’t done much since the original show aired on ABC from 1987 to 1995.

The real wild card, though, are the Olsen twins who—let’s be real—wouldn’t touch this with a ten-foot pole. They’re serious designers now, and thought of them having to stand by and watch Coulier do his Bullwinkle impression is laugh-out-loud funny at this point.

In case you’re too young to remember, the show was about a father of three girls (Sagat) who invites his brother-in-law and best friend to help raise his kids after his wife dies. Mary-Kate and Ashley rose to international fame by playing the catchphrase-spewing little Michelle (“You got it dude!”).

Stamos has been talking a lot about various incarnations of “Full House” recently, so it’s hard to gauge whether the plans are legit, or if it’s a just passion project he’s trying to get made. Appearing on Bravo’s “Watch What Happens Live” last winter, Stamos hinted that a new version of the show is being considered “We’re sort of working on a twist on a sequel,” he told host Andy Cohen. “But we don’t know if it’s going to happen yet or not.” Plus, in 2009, he told press that a “Full House” movie had been developed. Yeah, still waiting on that one.

MORE: 12 Incredible Musical Moments from ‘Saved By the Bell’

The show was pretty saccharine and it’s hard to imagine it’s multi-camera style and canned laughter being a hit today, but it’s currently killing it in ratings via repeats on Nick at Nite, which—according to TV Guide—has caused Warner Brothers to consider bringing it back.  Interestingly, viewership isn’t just ’90s kids looking for some nostalgia: TV Guide reports that the reruns also have a healthy teen fan base, a demo that wasn’t even born when the show wrapped.

So even if viewers of a “Full House” redux might not remember the Very Special Episode when Papouli died, they still might tune in anyway.

Would you watch a “Full House” reboot? Weigh in!