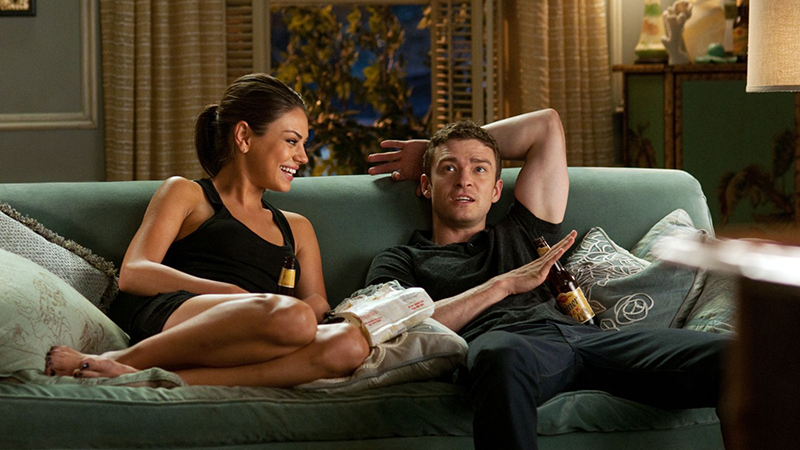 Chances are, if you’ve ever been in a friends with benefits type of relationship—no emotions, just sex—you’ve found that in the end, it doesn’t really work. Where there is consistent sex, there are emotions. When there are emotions, things get messy, and most of us end up wanting something more than just casual sex and a friendship. And that something more is a serious relationship.

Trust us, you aren’t alone in your failed FWB to relationship attempts. A new study on casual sex revealed that only 15 percent of friends with benefits successfully make the move out of the sex-friend zone.

The study, which took place over the course of a year, examined 191 people who currently had a FWB and asked them to take two online surveys, once at the beginning of the year and again 12 months later. The sample group was predominately female, white, heterosexual, and, on average, 30 years old.

The first survey consisted of questions about what the participant wanted out of the relationship and the second survey had participants reflect on the current state of their FWB. So what did they find? After one year, 26 percent were still FWBs, 15 percent had become romantic partners, 28 percent had gone back to being just friends, and 31 percent reported having no relationship of any kind with their former FWB. Yup—the odds are just not good.

Having a friend with benefits isn’t something to be ashamed of, but so many people make the mistake of equivocating sex and love, and that’s when things start to go bad. FWB is an easy trap to fall into and almost always feels like a good thing when it starts. Casual sex with someone you are already friends with, what could go wrong? Evidently, a lot.

MORE: 10 Traits Every Woman Should Require in a Partner

FWB relationships are particularly painful when you’re the one who wants something more and it isn’t reciprocated. That’s how heartbreak happens and friendships are ruined. Our advice: If you have a friend with benefits and you start to have feelings that can’t be reciprocated, run.

On the other side of the coin, if you are getting the sense that your FWB wants more than you, don’t continue to lead them on. Getting out of a FWB situation early makes salvaging the friendship that much either. And, unless you’re in that marginal 15 percent, your FWB situation is destined for doom anyways.