It’s been more than a decade since Friends ended, and yet, fans still can’t get enough Friends TV show gifts.

Friends—which starred Jennifer Aniston, Courteney Cox, Lisa Kudrow, Matt LeBlanc, Matthew Perry and David Schwimmer— premiered on NBC in September 1994 and ran for 10 seasons and 10 years until its finale in May 2004. The series followed six friends—Rachel Green, Monica Geller, Phoebe Buffay, Joey Tribbiani, Chandler Bing and Ross Geller—in New York City as they dated, laughed and had adventures throughout their 20s and 30s. Now all these years later, the love of Friends continues on HBO Max with the long-awaited Friends reunion episode, “The One Where They Get Back Together,” which you bet we’ll be watching over and over again too.

If that also sounds like you or someone you know, look no further than this list of the best Friends TV show gifts to give those who still can’t stop quoting the ’90s sitcom. From a Friends advent calendar to Monica’s iconic peephole picture frame, these are the presents hardcore Friends fans will always appreciate.

Friends Forever: The One About the Episodes is the only authorized guide with behind-the-scenes details for over 200 fan-favorite episodes. This 25th Anniversary edition is fully illustrated and includes tons of fun exclusives, perfect for the Friends fan who can’t stop bingeing! 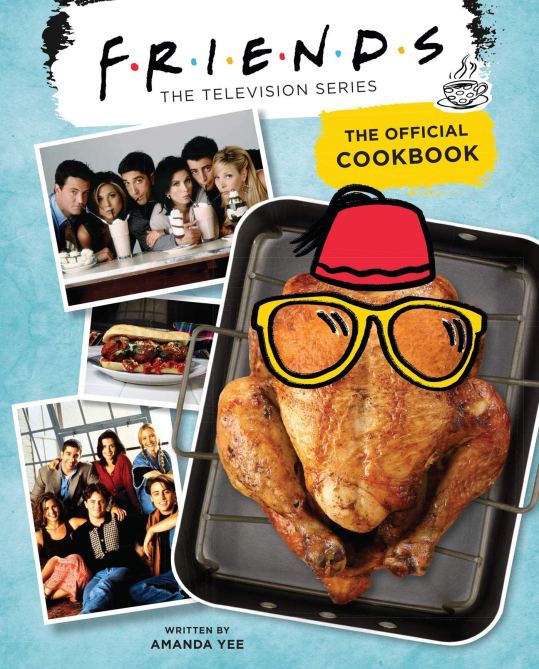 Have a Friends-themed dinner with the official Friends cookbook. The book includes more than 100 recipes themed after the show’s iconic dishes, such as Monica’s Thanksgiving feast, Ross’ Moist Maker, Just For Joey Fries and Phoebe’s Grandmother’s cookies. Dig in and taste the same tastes the friends did. 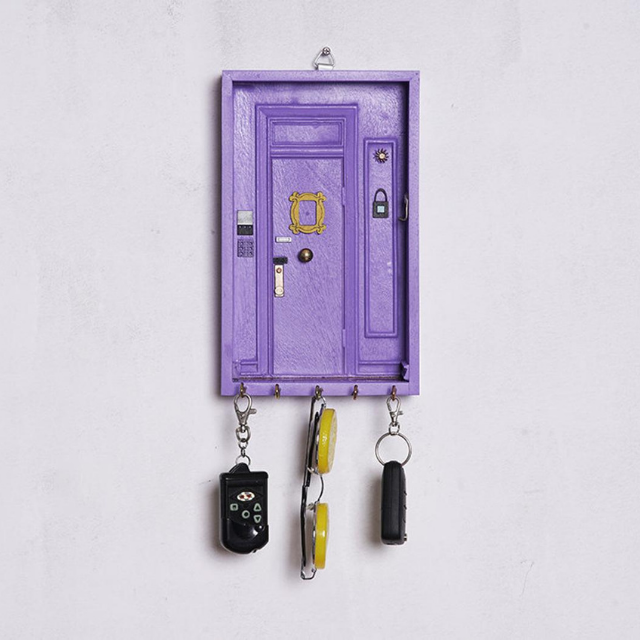 Take a piece of the Friends apartment into your own home with this adorable key holder modeled after the iconic purple door at Monica’s apartment. The craftsmanship is so good, you’ll even spot a golden frame over the peephole! 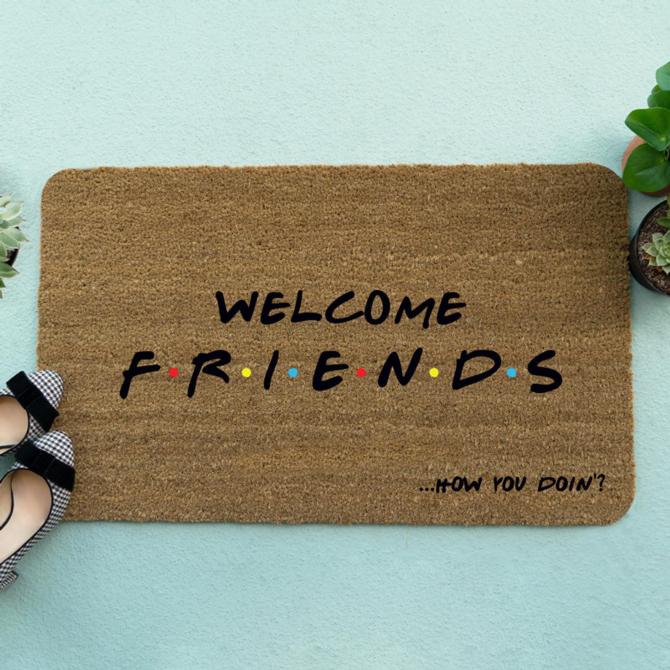 Welcome your friends to your home with this Friends-themed welcome doormat emblazoned with the show’s title and iconic dots between the letters. Fans will also notice Joey’s catchphrase “…How you doin’?” in the bottom corner for an extra Friends touch. 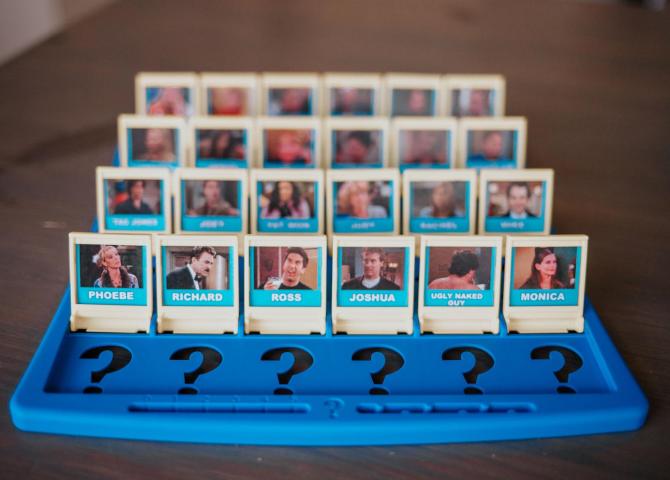 Everyone knows the classic Guess Who? game, but play it with your Friends a.k.a. the characters from the TV show. In this Friends-themed Guess Who?, fans can fire back clues about dozens of Friends characters, from the main six to more obscure favorites like Ugly Naked Guy. 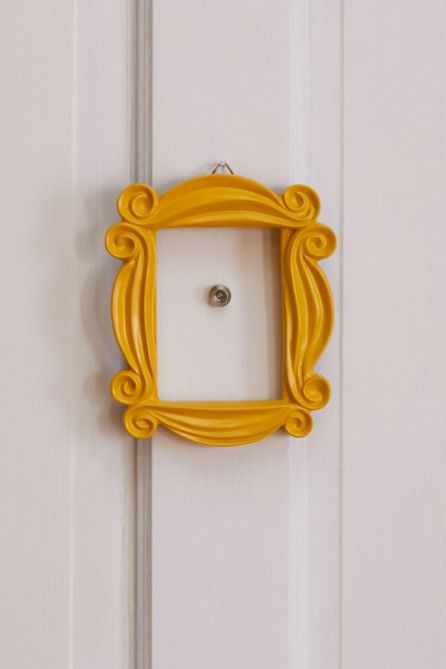 No Friends fan’s home is complete without Monica’s iconic yellow peephole picture frame. The picture frame can be seen in almost every episode of Friends, as Monica’s besties rotate in and out of her apartment. Don’t have a peephole? Hang the picture frame on a wall or use it as coffee table decor. 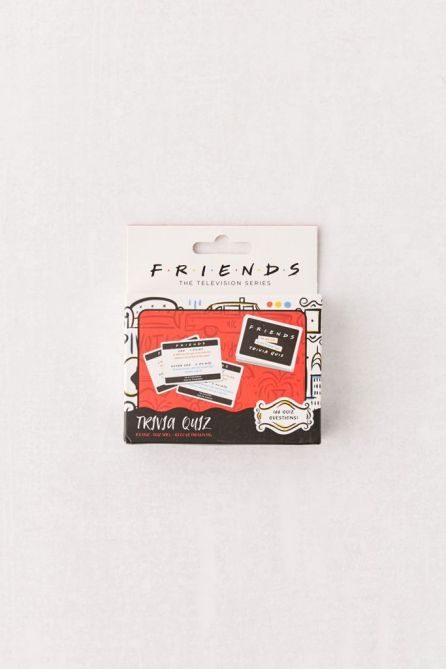 Test your Friends knowledge with this Friends trivia game. The deck includes 50 questions about Friends’ six characters. The questions are divided into two categories: fan and superfan. Fan questions (such as “What is the name of Ross’ first wife?”)
are worth one point, while superfan questions (such as “During the game, it is revealed that which name appears on the address label of Chandler’s TV guide?”) are worth two. 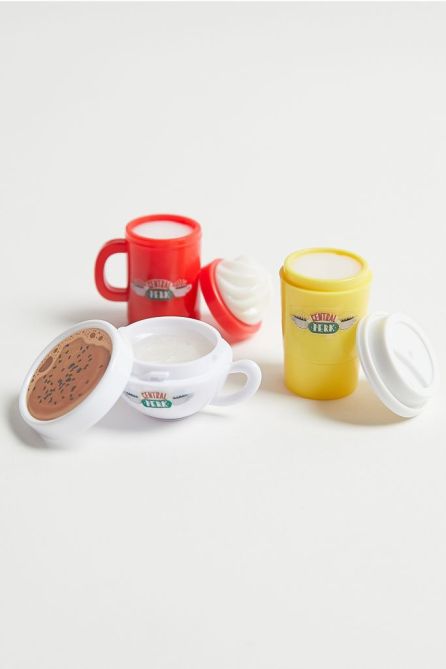 Have a friend with dry lips? Gift them this Friends lip balm set themed after the series’ iconic coffee shop, Central Perk. The lip balms come in flavors like Hot Chocolate, Vanilla Cappuccino and Caramel Latte and are served in coffee cups reminiscent of the cafe where the six friends hung out every day. 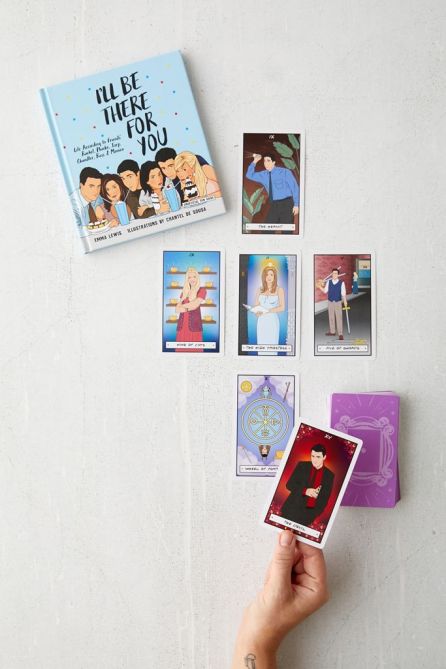 Friends: The Official Advent Calendar: The One With the Surprises 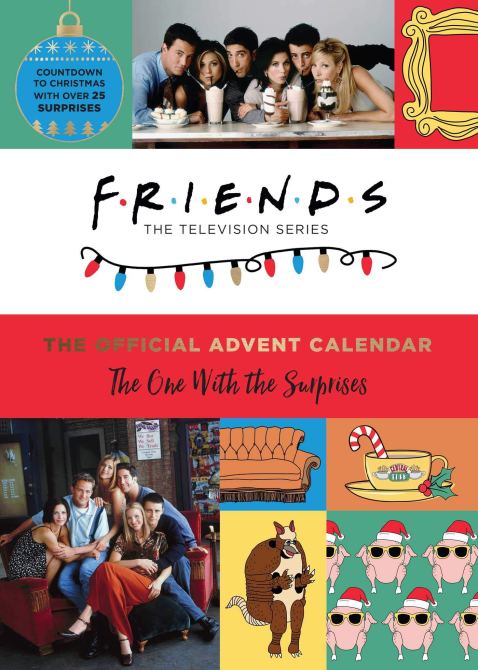 This Friends advent calendar is an Amazon bestseller and it’s easy to see why. A must-have for Friends superfans, the advent calendar includes 40 Friends-themed keepsakes, trinkets and ornaments themed after the show. The surprises include buttons, recipe cards (hello, Monica’s Christmas candies), as well as other treats for Friends fans to unwrap as they count down the 25 days between December 1 and Christmas.