Game season is here, people. You can sense it. Families everywhere are prepping their charades tactics and Pictionary drawing skills as we speak. The holidays are the perfect time for some friendly completion. Well, these two mega-stars kicked it off early. Jennifer Aniston and Reese Witherspoon played Friends trivia and it has us truly lolling.

First of all, these two ladies are about as cool and hilarious as it gets. We don’t know if there’s ever been a better laugh than Reese’s. But what’s great about these two co-stars? They love the competition. Both actresses appeared on Friends back in the day. While Witherspoon guest-starred a couple times (as Aniston’s stuck-up sister!), Aniston basically held down the fort as the show’s leading lady—Rachel Green. Now, America’s sweetheart (yes, I am still talking about Reese and Jen) have teamed up for a whole new show. The actresses are currently co-starring in Apple TV’s The Morning Show, which is loosely based on the competition between NBC’s The Today Show and ABC’s Good Morning America.

The co-stars appeared on The Graham Norton Show last Friday to promote their new series, and he created a fun little round of Friends trivia. Ian McKellen and Julie Andrews also joined in on the fun. The result? Priceless. When the game was announced, Witherspoon was wary of her chances at success.

Aniston, however, was also a bit skeptical of her on ability. “Oh, I don’t know about that,” she joked.

Norton then turned to Andrews saying, “Julie—no cheating!” LOL. The legendary actress joined in on the fun, and agreed to keep things above board. The first answer came from Aniston. McKellen asked what Rachel was wearing in her first-ever scene. Aniston at first thought it wouldn’t be fair to answer, but after being reassured by Witherspoon, she confidently replied, “A wedding dress.” Ding, ding, ding! 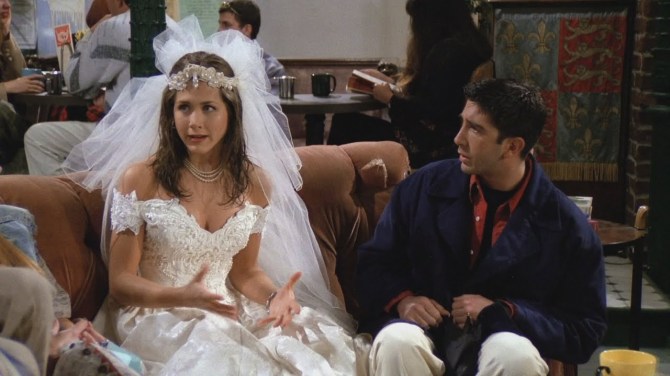 Witherspoon was given the cue to one of her most famous lines on the hit sitcom. Mckellen asked what line came after, “This is about you being a brat, wanting what you can’t have.” Witherspoon’s hand shot up, and she replied with that Jill Green attitude, “Can’t have? The only thing I can’t have is dairy.”

from Reese Witherspoon GIFs via Gfycat

The questions continued and Andrews seemed a bit lost. But then McKellen directed a question at her—”When Ross dated Rachel, why did he feel it was fine to sleep with other women?” Andrews thought for a moment and then seemed very excited to announce that she knew the answer. “I know it, I know it!” the Oscar-winner excitedly exclaimed. “It’s because he said we—we’re on a break!” 10 points for Gryffindor!

Take a look at the adorable video and enjoy.

Plz see our two moods watching the video in the picture below. Reese: listening to the questions, and Jen: knowing we know the answer. 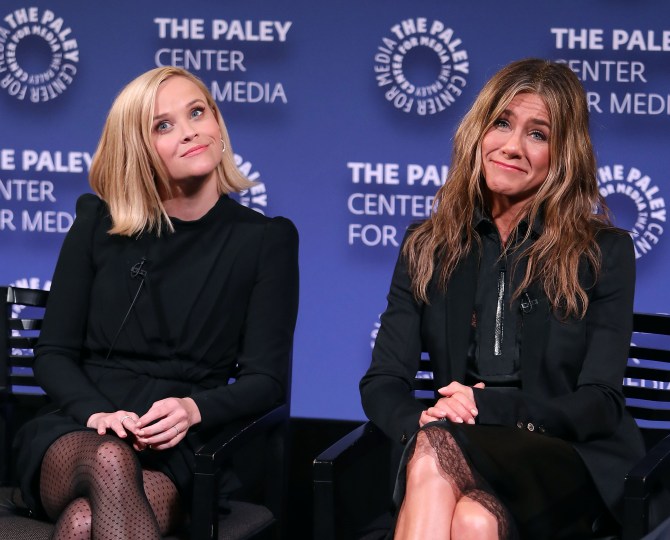