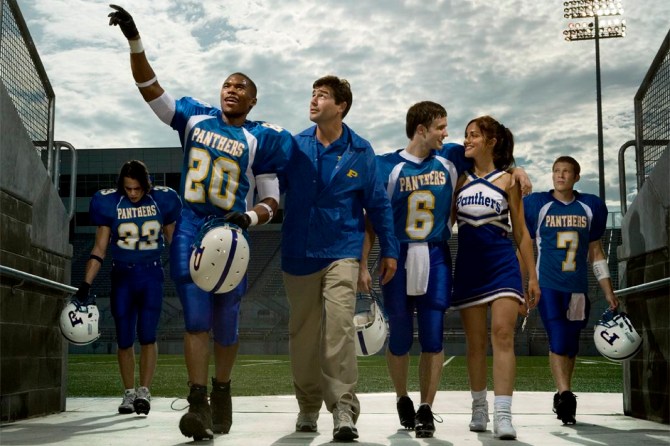 In our new series “Netflix Fix” we highlight what our editors are binge-watching over the weekend, whether it’s a season (or three) of a buzzy show, an obscure series you haven’t heard of (or haven’t thought about in years), or a full-length film or two, the aim is to inspire you to start watching also. Why? Not only will you likely discover some kick-ass entertainment, but also because we’ll need allies with which to geek out about our favorite shows and movies. Happy watching!

There are a few reasons I didn’t watch “Friday Night Lights” back when it was on air: TV shows based on movies are rarely good, I don’t like football, and I wasn’t familiar with the actors in the cast. After a few friends told me I had to start watching it, though, I gave it a try. Two weeks later, I finished all five seasons of the series—that’s around 76 hours of Netflix goodness squeezed into 21 days. So what kept my interest?

1. It’s not only about football.
The show centers on a small Texas town’s high school football team and its coach, but what they don’t tell you is actual football playing isn’t the major focus of the show. In fact, only about five minutes of each episode is actually players smashing into each other. It’s really about characters and relationships, and the seemingly unscripted acting—as well as the shaky-cam documentary-style filming that rules the first two seasons—keeps the show from feeling too “CW.”

2. So. Much. Chemistry.
Not only do you have your standard high school love triangle which gets pretty hot and heavy throughout season one, but the relationship between Coach Eric Taylor (Emmy winner Kyle Chandler) and his wife Tami (the brilliant Connie Britton in a realistic role way better suited for her than Rayna James in “Nashville”) is fascinating to watch. In fact, you might just find yourself with a crush on both of them, or at least you’ll be thoroughly depressed to realize they’re not married IRL.

MORE: The Kardashian Reign May Be Over: 3 Theories Why ‘Keeping Up’ Dropped in Ratings

3. The soundtrack.
From the amazing theme music, to plenty of Explosions in the Sky, to a Bright Eyes cover of the Daniel Johnston song “Devil Town,” spot-on music is a huge part of the entire series.

4. It’s a feel-good series, but not in a cheesy way.
Coach Taylor is a source of inspiration for his football team and, by extension, for the viewer. With sayings like “Clear eyes, full hearts, can’t lose” and “Texas forever,” you’ll find yourself totally inspired at the end of each episode. 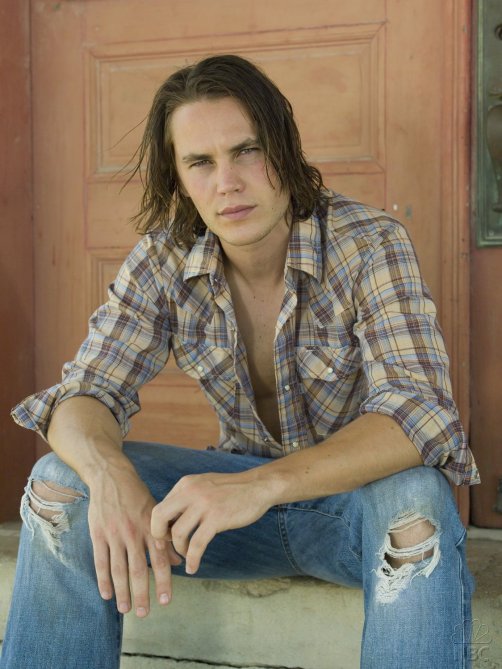 Not only is actor Taylor Kitsch gorgeous, but he’s insanely talented as the brooding, troubled Tim Riggins (or not; it’s hard to tell because I’m so blinded by love). If you don’t walk away from this show vowing to track him down and marry him, you may not have a pulse. It is important to note, however, that once the series ends, you’ll be wanting more Taylor, which could possibly drive you to his film “John Carter.” I’m telling you now, don’t do it. It’s not worth it. Instead, try watching “Savages.”

Watch the opening credits below and let us know: What Netflix shows are you currently binging on?