Francia Raisa will be the first to admit that she wasn’t exactly woke growing up. While teenagers today, like her “Grown-ish” costar Yara Shahidi, are fighting for reproductive rights and gun control, Raisa, 29, spent her teenage days perusing schoolscandals.com, an early-2000s high-school gossip site, and wondering if Dylan was going to pick Kelly or Brenda in next week’s episode of “Beverly Hills, 90210.”

It wasn’t until recently, after a long, torturous journey of playing “hot, sexy Latinas” and performing thick, stereotypical Mexican accents, did Raisa—who can currently be seen in Freeform’s college-set dramedy “Grown-ish”—find her place as a Latina artist and activist. “Growing up, I was taught that there are three things you don’t talk about: money, politics, and religion,” Raisa says. “But because we didn’t talk about it, we weren’t united. These open conversations are uniting us to actually come together and make a difference and lead incredible movements.” 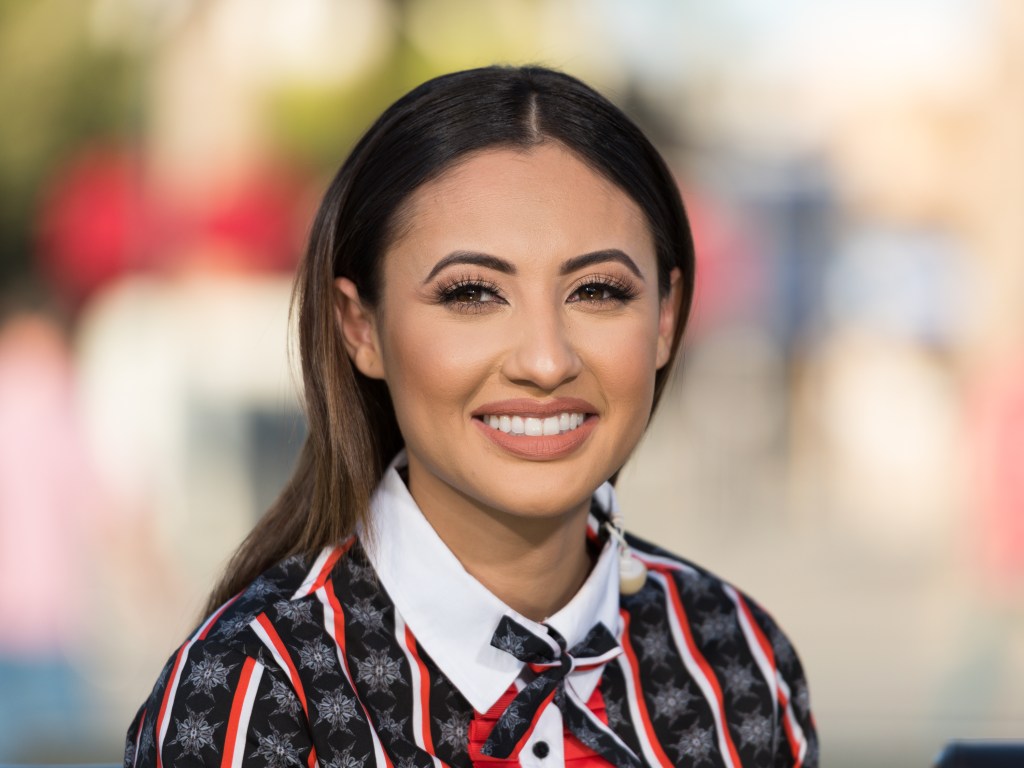 Raised in Los Angeles, Raisa, the eldest daughter of a Honduran father and a Mexican mother, fell in love with acting from watching Spanish soap operas. “I was in love with Spanish soap operas, telenovelas,” Raisa says. “I told my grandmother, ‘I’m going to do that one day.’” To hone her performing skills and prepare her as an actress, Raisa’s parents put her in dance, music, karate, and figure-skating lessons. But aside from a few commercials with Walmart and JCPenney and a guest spot on the short-lived FX series “Over There,” opposite “Mr. Robot” actor Rami Malek, Raisa struggled to find her big break.

I was taught that there are three things you don’t talk about: money, politics, and religion.

When she was 16 and near-confident that she was going to pursue a career in dance instead of acting, Raisa met two actresses while backup-dancing for a rapper who told her that their manager was looking for a bilingual Latina artist to represent. “I said, ‘Hey, can I meet her? I really want to be an actress,’” Raisa says. “I did and she signed me immediately.” 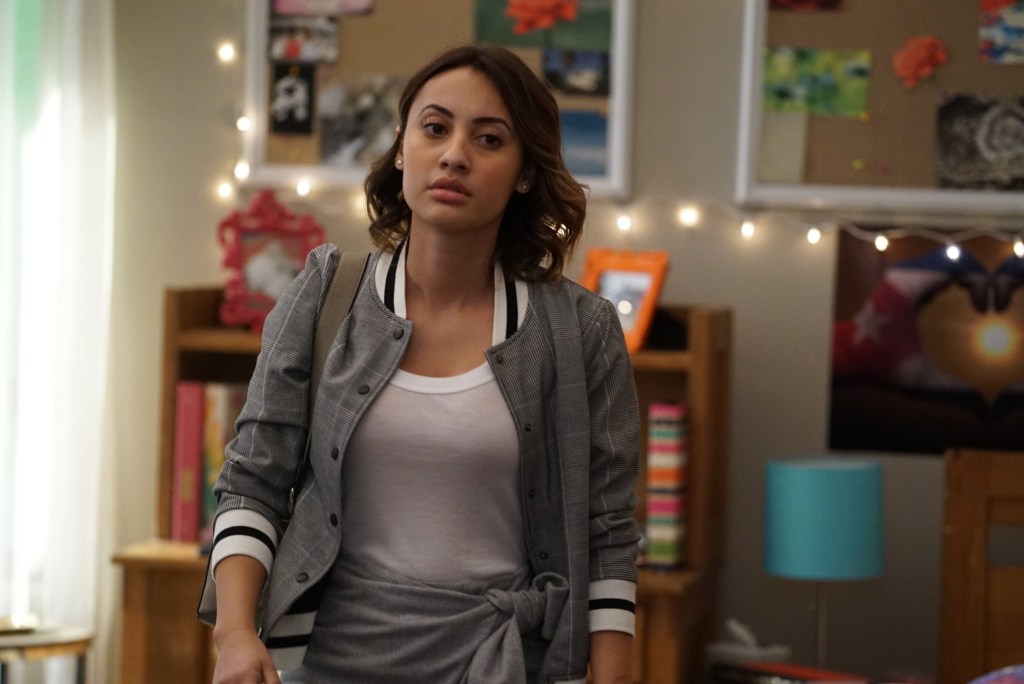 Six months later, Raisa’s life changed when she was cast as Solange’s sassy, cheerleading lackey in 2006’s “Bring It On: All or Nothing.” Though the part eventually led Raisa to roles on big-name TV shows such as “CSI,” “The Mindy Project,” and “The Secret Life of an American Teenager,” which Raisa starred on for five years, it wasn’t all smooth sailing. After “Bring It On,” Raisa recalls going on audition after audition where she was boxed into one of two categories for Latina actresses: sexy or obnoxious. Accents were also a common request, despite the fact that Raisa’s own accent was authentic.

Conversations like the ones that are existing today did not exist when I was growing up.

“When I first started acting, I was always sent out for ‘hot, sexy, Latina,’” Raisa says. “When it was specific to Latina, it was always ‘hot, sex, must take clothes off, must have accent.’ Mind you, I’m Mexican-Honduran. My first language was Spanish. I learned English when I was six. So when I get asked to do a Mexican accent, I’m like, ‘This is my Mexican accent. This is how I learned English.’” But back then, Raisa admits that she wasn’t as conscious of representation and diversity, so she didn’t immediately understand that she was being typecast. Instead, she was focused on chasing a dream and doing whatever was asked of her to advance her career—even if that meant playing stereotypes. 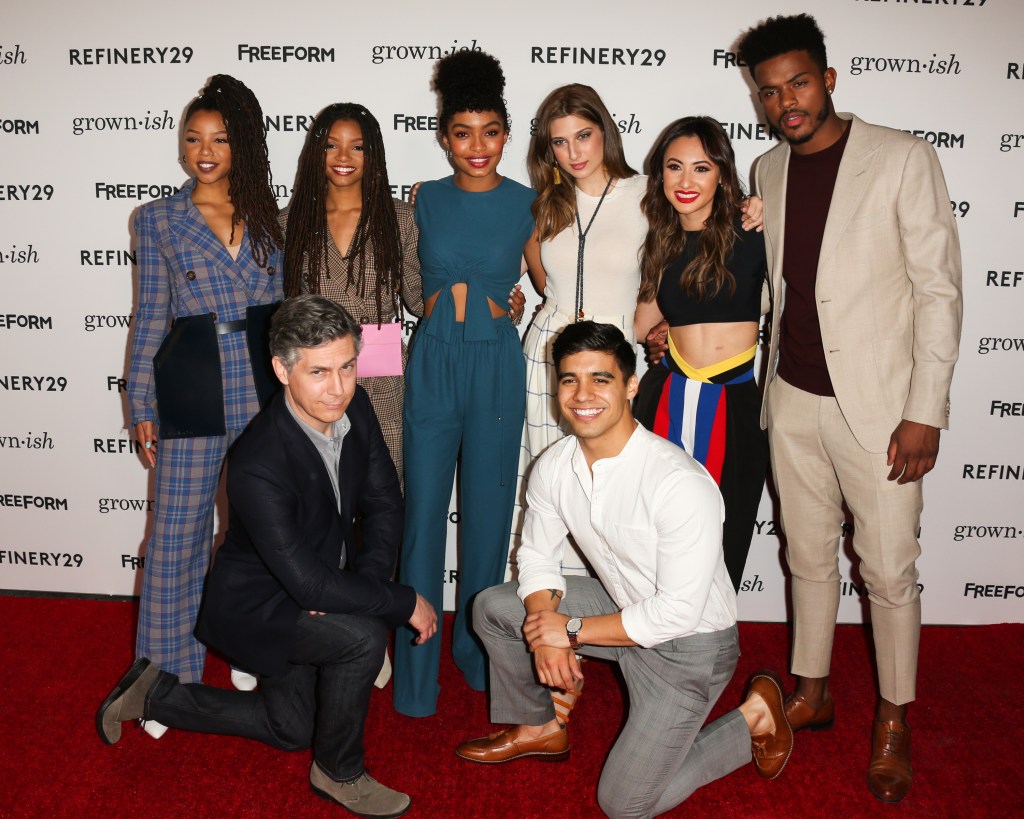 “I wasn’t aware when I was growing up because politics wasn’t so openly talked about,” Raisa says. “It wasn’t until recently that I realized, ‘Wow. This is the stuff that I was doing.’ At the time, I was just ready to do work. I was like, ‘I can do this. I can do that.’ I was just listening to the representation I had at the time. They said, ‘Well, this worked for Salma Hayek. So do it.’ I was like, ‘OK!’”

Raisa credits her ignorance to a lack of social media and primarily watching Spanish soap operas growing up. It wasn’t until a few years ago, after the explosion of Twitter and Instagram, that Raisa began exploring perspectives outside of her echo chamber and learning how her decisions can affect viewers. Though there’s a lot of progress left to make, Raisa has also seen a shift in Hollywood, with a significant increase in open-ethnicity castings and directors who are willing to see actors outside of “Caucasian, blonde girls.”

When I first started acting, I was always sent out for ‘hot, sexy, Latina.’

“Before, I would sneak into those rooms where they’re looking for a Caucasian, and I’m sitting in a room with blonde girls, and I’m like, ‘Oh God. This is a waste of my time,’” Raisa says. “Now, it’s given me more confidence to go in because there’s more opportunity and they’re open to seeing outside of what the breakdown says.” Raisa’s newfound quest to find roles not tied to stereotypes is what led her to “Grown-ish,” Freeform’s “Black-ish” spinoff, which Raisa auditioned for last summer just two weeks after donating her kidney to her friend and singer Selena Gomez, who suffers from the autoimmune disease lupus.

Desperate to play Ana, a Republican Cuban-American college student who becomes roommates and close friends with Shahidi’s Zoey, Raisa Skyped her acting coach from her hospital bed to run lines and prepare. “Within the first line, I was like, ‘I know her. I feel like I know her,’” Raisa says. “Even my acting coach was like, ‘I don’t have any notes for you. You kind of made it your own.’”

Complications arose when Raisa went in for her in-person audition at Freeform’s studios, which boasted huge, heavy metal doors that auditionees had to slide in and out to enter the audition room. Not wanting people to find out about her kidney transplant, Raisa, who wasn’t allowed to lift anything more than 10 pounds so soon after her surgery, coaxed the casting director to open and close the door for her. She nailed the audition and a month later, exactly one week after her 29th birthday, Raisa received a call telling her that she booked the part. “It was a nice little birthday gift,” Raisa says.

I’m sitting in a room with blonde girls and I’m like, ‘Oh God. This is a waste of my time.’

Raisa isn’t afraid to admit that she’s learned more about politics and social issues in the past few years of her career than she ddi during her entire adolescence. Despite her love-hate relationship with social media, Raisa credits the medium for providing young people with a platform to educate and come together as a community.

“Everyone has their own opinion. ‘Millennials are lazy because they’re always on their phones.’ But, here’s the thing,” Raisa says. “They’re learning. Conversations like the ones that exist on ‘Grown-ish’ and that are existing today did not exist when I was growing up. We did not talk about politics and voting. We talked about whether Dylan was going to pick Kelly or Brenda in next week’s episode.” 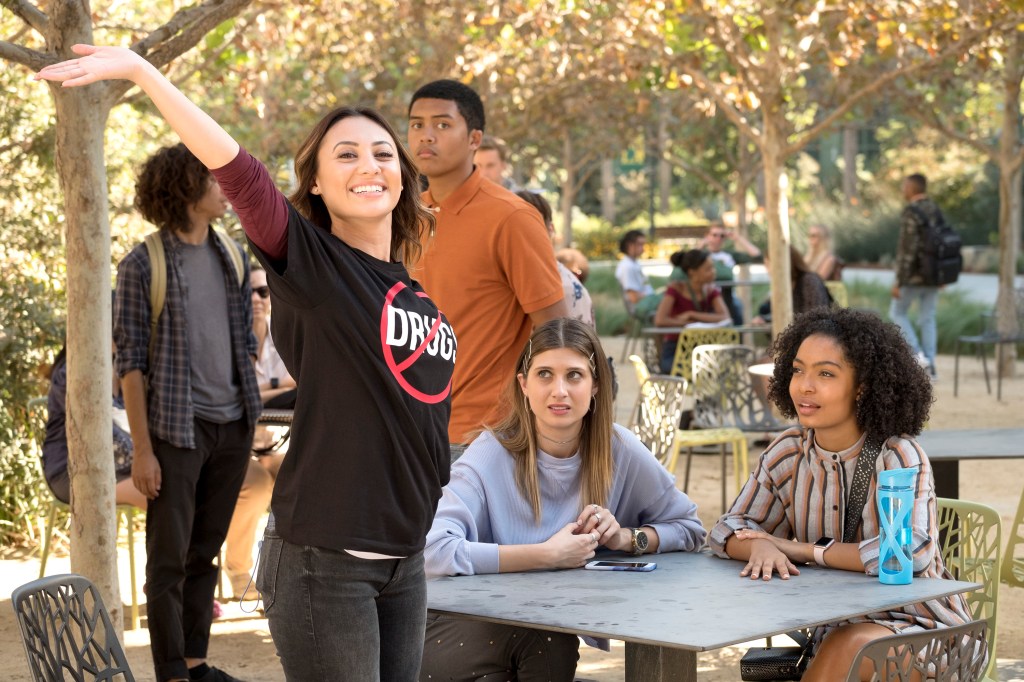 However, Raisa still had her reservations about the “Grown-ish” role. Being Mexican-Honduran, Raisa was hesitant to play an ethnicity that wasn’t hers. “I thought, ‘Oh my gosh. All my fellow actresses are going to give me crap because they’re going to be like, ‘Well, she’s not Cuban. How come I’m not doing it? I’m Cuban,’” Raisa says. “I thought I was going to get shit from audiences.”

It wasn’t until Raisa went to Eva Longoria’s house for October’s Latinas Who Lunch event, where she met fellow Latina actresses including Rosario Dawson and America Ferrera, that she felt fully confident to dive into her role. “I expressed my concerns to them, and they were like, ‘No. Something has to change,’” Raisa says. “‘We support you. We love you. You are a Latina actress who’s working, and you’re doing a good role. You’re not playing a stereotype. You’re playing a college student.’”

Now, empowered by her Latina sisters and newfound wokeness, Raisa is prepared to take the industry by storm. Inspired by Longoria’s recent foray into directing, Raisa is already planning her directorial debut and ready to strengthen the community that wasn’t there when she was starting out.

“It begins with us uniting in a safe space where we can all say, ‘Hey, this how I’ve been feeling. How can I change it?’” Raisa says. “Instead of being so catty with each other and being so competitive, us uniting, speaking, and making each other feel safe is where we can continue to go.”