There are upsides to being a celebrity: Brands send you free products; you sell-out concert venues or movie theaters; and you sign million-dollar contracts (if you’re lucky). I’d be remiss to not point out that there are also downsides. You give up your privac; you open yourself up to be followed by paparazzi; and you subject yourself to scrutiny from the media. This give-and-take dynamic of celebrity culture was the focus of The New York Times-produced unauthorized documentary, Framing Britney Spears.

We watched the Mississippi-born teenager skyrocket to the public stage where she became one of the most iconic pop singers of our time. We also watched her succumb to negative press, and struggle with her mental health and control via a controversial conservatorship. As we re-lived Spears’ history, so did she. She was pushed back to the forefront of pop culture, except, who did that really benefit? According to Spears, it wasn’t to her benefit.

After the doc was released in February, everyone was talking about Spears again. “We are sorry Britney” trended on Twitter, it was the source of think pieces, and it caused everyone to ask, “What does Britney Spears think of it?” The “Toxic” singer didn’t have involvement in the film. It’s noted at the end of the doc that the Times attempted to reach Spears, her family and her team for participation and input. However, it is still unclear if she received the requests considering her father Jamie Spears’ alleged control over her life. Director Samantha Stark admitted to Entertainment Tonight to feeling a “big ethical conflict” knowing that Spears wasn’t the one telling her story. 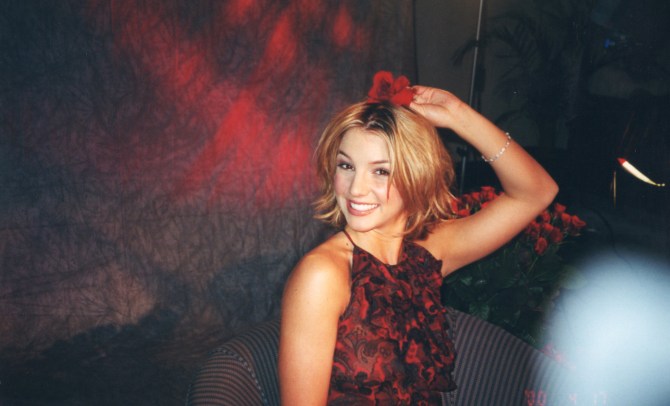 “It’s really something that I’ve been thinking about this entire time that’s really challenging,” Stark revealed. “I guess I would want to say to her, ‘Call me. I want to hear your side.'”

However, the only time we heard her side was weeks after the documentary’s release when Spears posted a rather surprising caption on Instagram. “My life has always been very speculated… watched … and judged really my whole life,” she began the lengthy post. She posted a video of her dancing and gave her reaction to the Framing Britney documentary. “I didn’t watch the documentary but from what I did see of it I was embarrassed by the light they put me in … I cried for two weeks and well… I still cry sometimes!!!!”

If we are to believe that the “Womanizer” singer did indeed write this post (which, for the record, some fans don’t), then it’s clear the documentary hurt her. The doc showed her breaking down on camera, being committed to a psychiatric hospital, and being kept from her sons, Sean and Jayden. It wasn’t easy for me to watch, and I’m far removed from the situation. I can’t imagine what it felt like to have your most painful moments dug up from the past and spotlighted for all of the world to see. If someone is in the public eye, that gives us the ability to tell their story without their consent, but does that mean we should?

When that backlash is coming from the celebrity themselves, you have to wonder if the filmmaker is in the right or the wrong.

It’s not like the Framing Britney Spears documentary isn’t the latest in a trend. Unauthorized celebrity docs, in addition to books, have been around for years. What sets Spears’ doc apart is that it was made while she was still alive. Documentaries like Diana: In Her Own Words and Amy were released following Princess Diana and Amy Winehouse’s respective deaths. Although, those docs weren’t well received by the women’s friends and families either.

Princess Diana’s brother, the 9th Earl Spencer, urged Channel 4 in the U.K. to not air the 2017 doc Diana: In Her Own Words due to the possible negative effect on her sons, Prince William and Prince Harry. Princess Diana’s close friend, Rosa Monckton, voiced her strong view on the documentary as well: “How intrusive is this? It doesn’t matter that it was 20-odd years ago. The tapes should have been sent to the boys. I just think it is absolutely disgusting.”

However, a spokesperson for Channel 4 said at the time, “This unique portrait of Diana gives her a voice and places it front and center at a time when the nation will be reflecting on her life and death.” Ultimately, the documentary was released to remember Princess Diana on the 20-year anniversary of her tragic passing. It was viewed by 4.1 million and is currently available to stream on Disney+.

It’s possible that some stories are better left untold.

As for the 2015 Amy Winehouse, doc, Amy, her father, Mitch Winehouse, was dissatisfied by his and his daughter’s portrayal in the film even though he was originally in support of it. The doc grossed $23.7 million at the box office after having a mere $3.4 million budget. I think there are two things we can gather from the trend of unauthorized documentaries: One is that there is an appetite for them. People desperately want a peek behind the curtain of their favorite stars. The other is that there will always be some backlash toward these films. That’s to be expected by those who arguably don’t want certain things to come to light. But, when that backlash is coming from the celebrity themselves, you have to wonder if the filmmaker is in the right or the wrong.

Did anyone think about whether or not Princess Diana or Amy Winehouse or even Britney Spears wanted their stories told in this way? It’s possible that some stories are better left untold even if the storytellers are The New York Times.