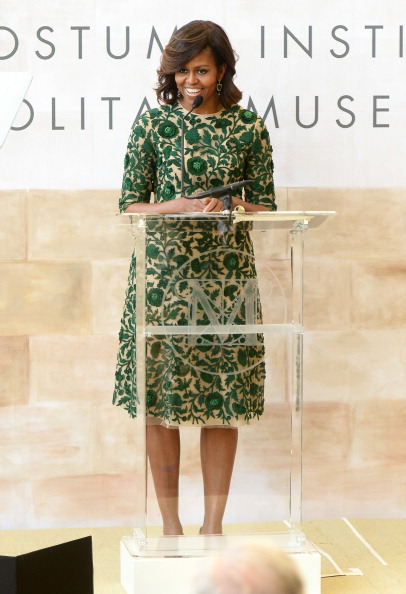 Just in case you’re someone who firmly believes Fox News is a shining beacon of propriety and appropriateness, let this sink in: A contributor for the network called Michelle Obama fat. Yes, that Michelle Obama.

“How well could she be eating? She needs to drop a few. Let’s be honest. We’re taking nutrition advice from who? Well, no let’s be honest, like there’s no french fries happening. Like that’s all kale and carrots. I don’t buy it,” he said.

You know his comments were bad—even for FOX—when the female hosts appeared dumbstruck, gasping and stuttering, with one even asking (praying?) whether the network was on a delay.

Despite being outnumbered by appalled women, Ablow—who’s a psychiatrist and author—didn’t back down, adding “Join me in my criticism.”

While nobody exactly joined him in the criticism, the women did manage to offend in their own ways, with co-host Lisa Kennedy Montgomery declaring “I like her booty” (yikes) and Sandra Smith saying “Fitness of the first lady aside, her presentation aside, I have no comments on that.”

This comment (which we call a gaffe, though FOX fans would disagree and proclaim it’s simply a First Amendment-backed opinion) is disgraceful on all counts—we’re talking about a successful, educated woman who happens to be the first lady of the United States—and it’s the second extremely sexist remark the network has made during the last few weeks alone.

On July 30, Fox News host Bob Beckell called ‘Bachelorette’ Andi Dorfman a slut when the topic of her nights spent in the show’s infamous Fantasy Suite came up.

“She’s a slut!” he bellowed. “I’m not kidding you. She sleeps with someone else, and then doesn’t tell the guy about it. This is what America’s come to, this crap.”