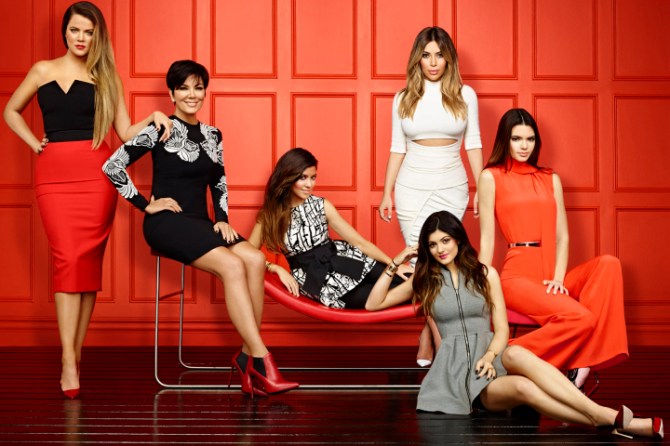 Momager Kris Jenner just negotiated a $100 million contract with E! to continue making reality TV magic, agreeing to film “Keeping Up With the Kardashians” with the network for another four years. Yes, that means we’ll all still be watching Kim’s antics when she’s pushing 40 years old.

Page Six sources confirm Kris inked the huge deal for herself and daughters Kim, Khloé and Kourtney Kardashian, and Kendall and Kylie Jenner. Bruce Jenner isn’t included in the contract, agreeing to leave the show after the upcoming 10th season to work on his own show–also with E!–based on his gender reassignment. Kanye West also isn’t in on the deal, but will continue to make appearances on the show.

The contract is the highest amount ever paid for a reality TV brand, and will include spin-off shows and other initiatives, including more hosting gigs, and possibly a Kardashian YouTube channel, likely hosted by Kylie and Kendall.

In perhaps the biggest understatement of the year, Page Six’s sources say, “you’ll be seeing a lot more of the Kardashian family.” Brace yourself for total Kardashian domination in 2015. And 2016. And 2017. And 2018.