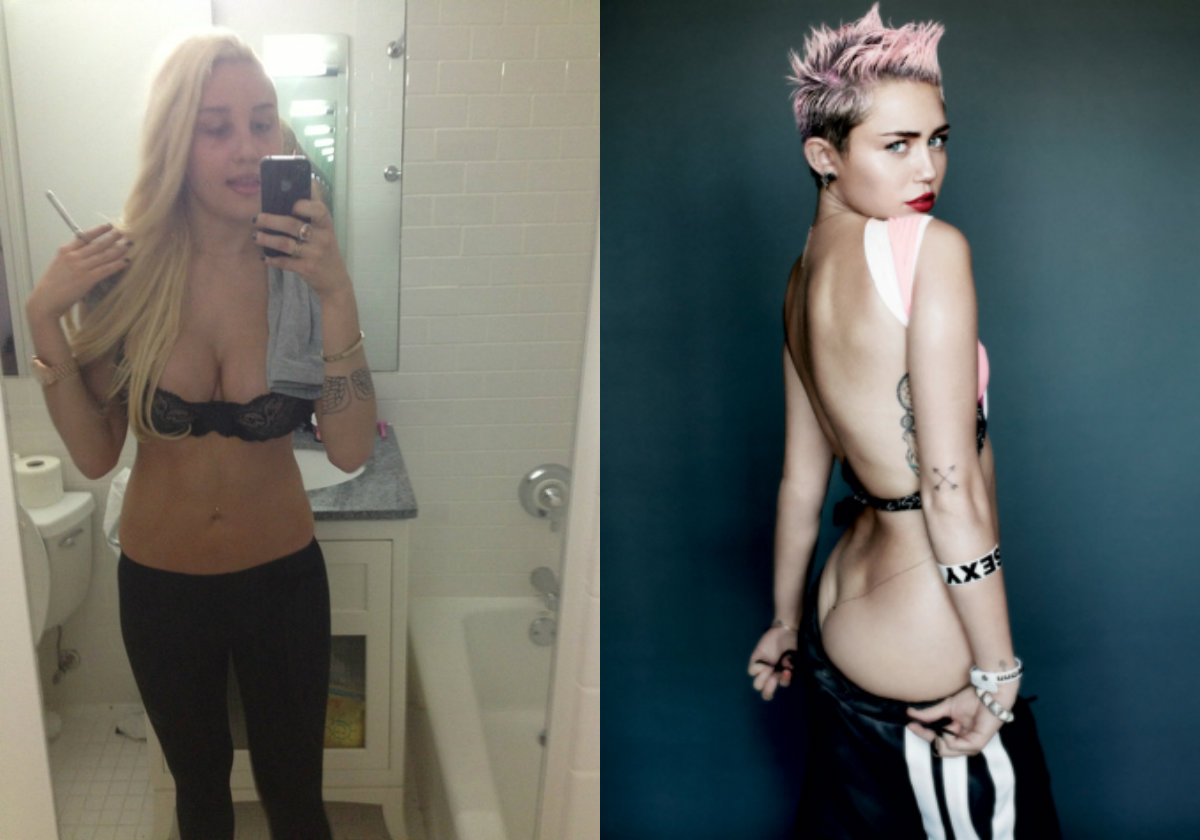 The first thing we saw when we got into the office today was an absurd selfie Amanda Bynes posted late last night, with the caption: “About to put on makeup! I weigh 135, I’ve gained weight! I need to be 100 lbs!”

Obviously, there are a gazillion things wrong with this statement, proving again that Bynes’ antics have officially gone from silly to scary.

We’d barely digested Amanda’s ludicrous photo, when we caught a glimpse of  another former teen star showing some serious skin: Miley Cyrus practically naked  in a new spread for the May issue of V. The 20-year-old former Disney star stripped down and posed suggestively in a slew of ridiculously racy looks. Clearly, she got the memo from Gwyneth Paltrow that butt cheeks are the new cleavage.

Of course, Cyrus’ pictures are in better taste than good ol’ Mandy Bynes—after all, they were shot by legendary fashion photographer Mario Testino and she’s (barely) wearing high-end labels like Saint Laurent and Proenza Schouler in the spread. Still, we couldn’t resist the comparison—even if Cyrus’ career seems to be on the upswing and Bynes’ most noteworthy achievement in recent weeks was getting kicked out of a Harlem gym for smoking weed.

Well, it’s officially spring—and skin is in. Check out Cyrus’ full V spread here and let us know what you think of their racy looks!