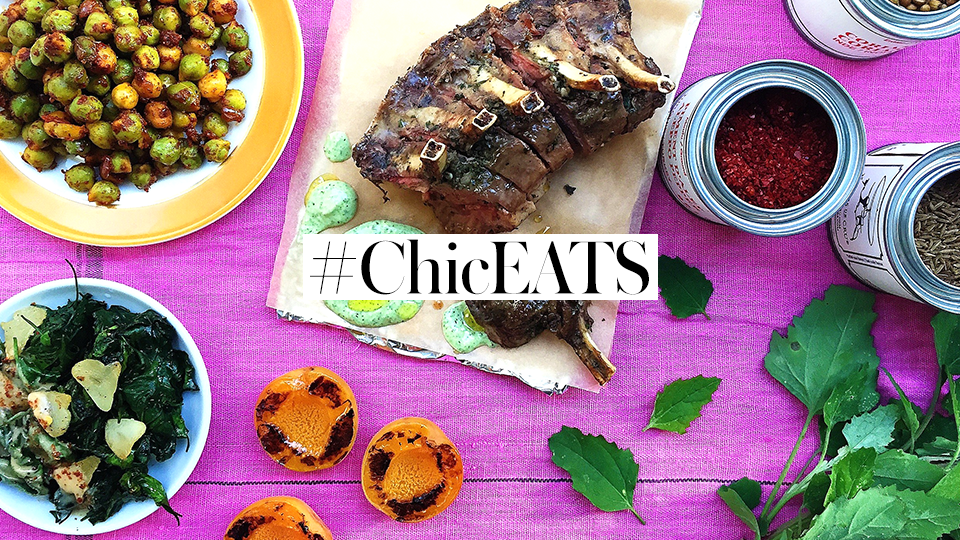 As far as food on Instagram goes, we’re at peak saturation. Not that I’m complaining, but when thousands of accounts exist devoted to eating, it’s hard to wade through them all and find ones that really inspire. Which is why I called up Julia Choi, a food stylist who works with national clients and exists on Instagram as @babyonemorebite. If anyone knows how to make food look better for the ‘Gram, it’s her, with her perfectly executed bird’s-eye shots, vibrant food, and artful arrangements.

To get a better idea of what a food stylist actually does, along with how we can make our own photos look better, I met with Choi over matcha lattes and macarons in New York City. Read on below for her best tips, her favorite techniques, and the one piece of food she almost gave up shooting. 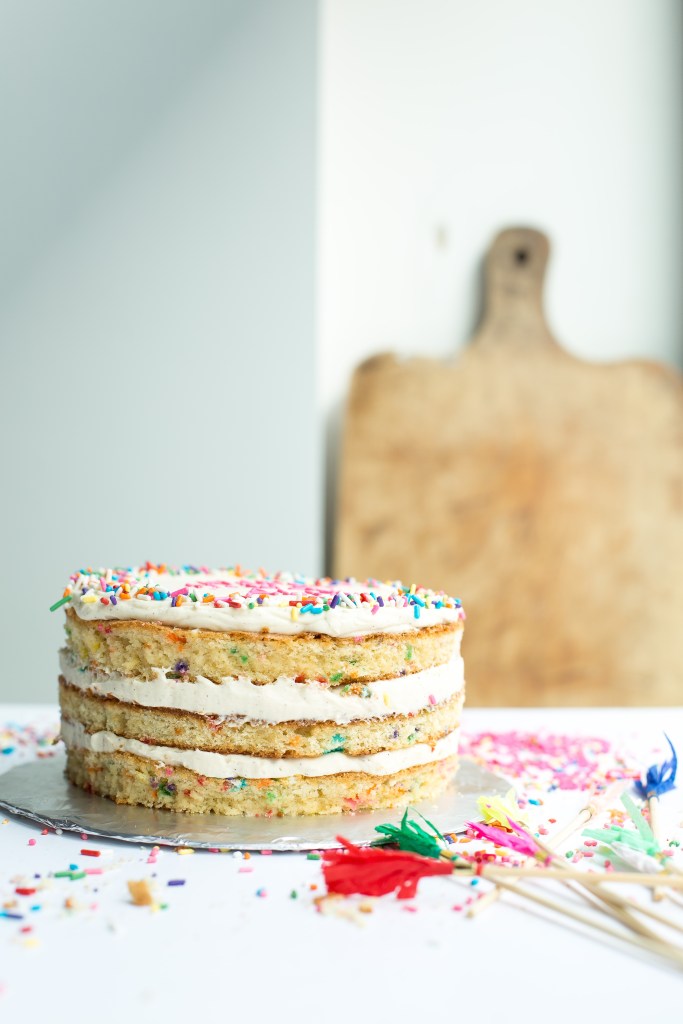 StyleCaster: First thing’s first: What are your foolproof tips for making our food ’Grams look better?
Julia Choi: It’s really funny, but honey and oil—if you add that to anything, it just gives it an instant boost. Especially oil, if you just dab a little bit on a piece of food, it just comes back to life. Pam spray too, if you add it to fried chicken, it looks like it just came out of the fryer.

Light is everything. If you’re taking pictures in a restaurant, it’s normally dark. A lot of places have yellow light that doesn’t make food look good. So, try to stay close to the window. I honestly feel like that’s by far the most important thing. Once you have good lighting, you can photograph a candy wrapper and it will still look good.

Also, this is a pretty basic rule, but if you read through any food styling book it will talk about the rule of thirds. Anything where the frame is divided into thirds will look better, and if you’re adding things, an odd number will always look better than an even number.

Finding props is like my second job, which is also robbing my bank. Because I collect props for my own use and sometimes bring them to shoots, I’m always on the hunt: utensils, plates … I have a section in my apartment. Last fall in Paris, I went to a flea market and found some stuff there. Even now, people prefer a very vintage look, so you can’t pull out bright, shiny silverware. Adding small things as a prop can make things so much better. A flower, herbs, a sprinkle of something—its really easy, but it goes a long way. When you’re doing baked goods, add a sprinkle of flour sort of haphazardly and it looks like it’s styled.

My goal is to make the food look good. I try not to veer away too much from that. A lot of overhead shots, it’s so much easier to focus on the props. But it’s kind of important to keep reminding myself that food is first. Because we all have Instagrams, that’s our portfolios, but then we create content based on what people will like. You have to keep a balance.

How did you get into food styling?
I went to NYU for psychology and started working in advertising. I was like, “This is fun, but it’s not something you do for the rest of your life.” So, I ended up going to the CIA in Hyde Park and did a pastry program for two years. I worked for a pastry chef for a little bit, then I decided I loved food but also the aesthetic part of it. So, one day, my friend told me I should try food styling. She hooked me up with someone who was in the business named Laurie Knoop. I met with her and she took me to one of the shoots. It just kind of took off from there. She’s the OG of food styling and has been around before the iPhone. 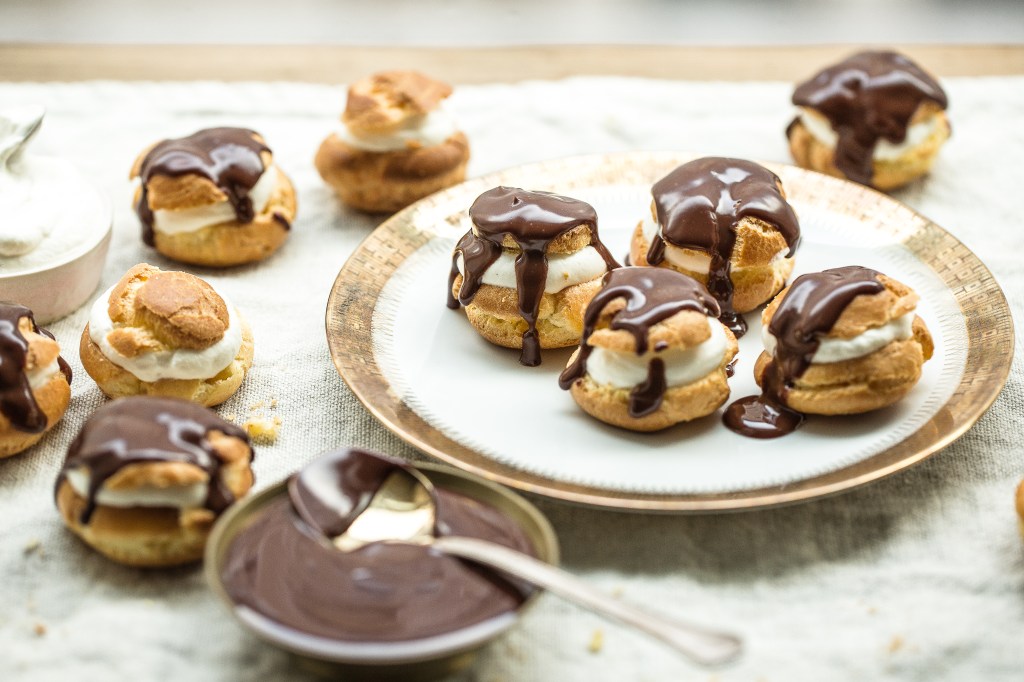 As a food stylist, do you take the photographs too?
For my social media, I photograph the food. But when I’m on a job, there’s a photographer. I’ll just work on the food.

How would you define the role of a food stylist?
Often, I feel like I have to explain to people that I’m not making food with play dough. And oftentimes, people ask me, “Are you cooking food with glue and stuff?” I use regular food, it’s all edible. You have to know how to cook it so it looks right. That means it doesn’t necessarily have to be cooked through. For example, broccoli, if steamed all the way, the color won’t be as vibrant. It’s just knowing those things – blanch the broccoli so it looks better. It’s enhancing what’s there. At shoots sometimes I’m working with food that has already been cooked, or the raw ingredients. But every shoot requires some cooking.

What’s a typical gig like?
There are bigger or smaller ones. You walk into the studio, and you usually have a photographer who handles all the media stuff. Food stylists will work as prop stylists too. You lay out your stuff and you go through what you’re going to do so you’re not losing time. Once you get into it, it’s like a back and forth between the photographer and clients. You take the photos and get instant feedback. You just kind of take it from there and do as much as you can. There’s a kitchen on set. Even when not cooking, you’re working with fresh food. 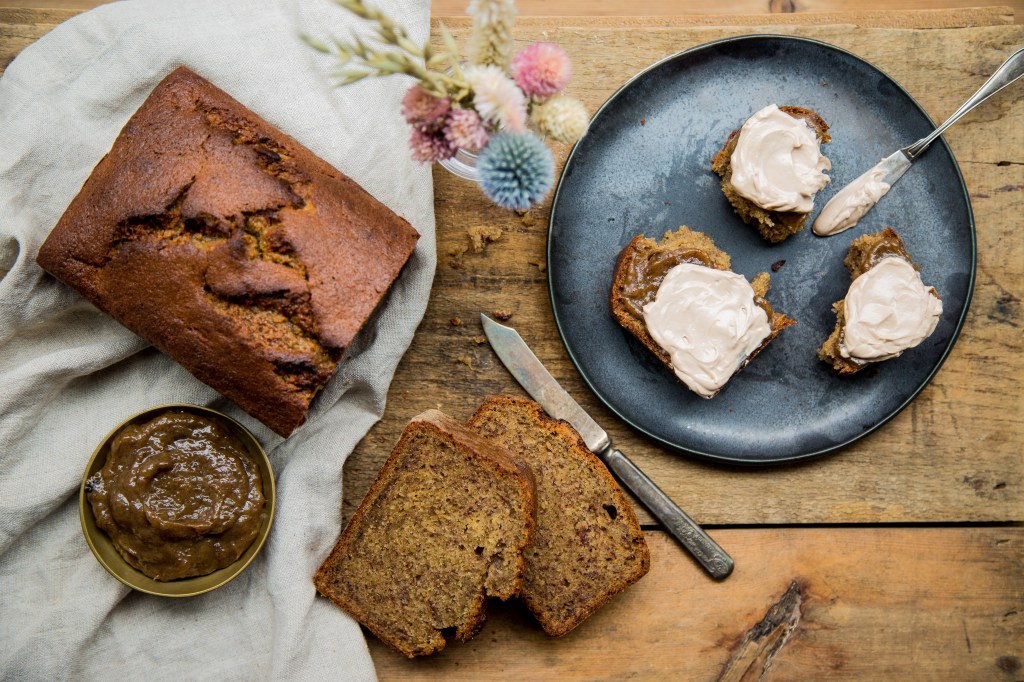 How important do you think Instagram is for a food stylist?
I don’t think I could have gotten to meet a lot of top people I’ve met without it. People find each other through Instagram. And it’s putting a face to a name kind of thing. It’s really, really interesting.

How would you define your style?
I think I’ve always liked using more fun colors and have never been afraid to do something a little crazy. It’s a mix of controlled and uncontrolled. If you see sprinkles of something it’s not random, it’s all placed one by one. I’m not opposed to using colors like pink. 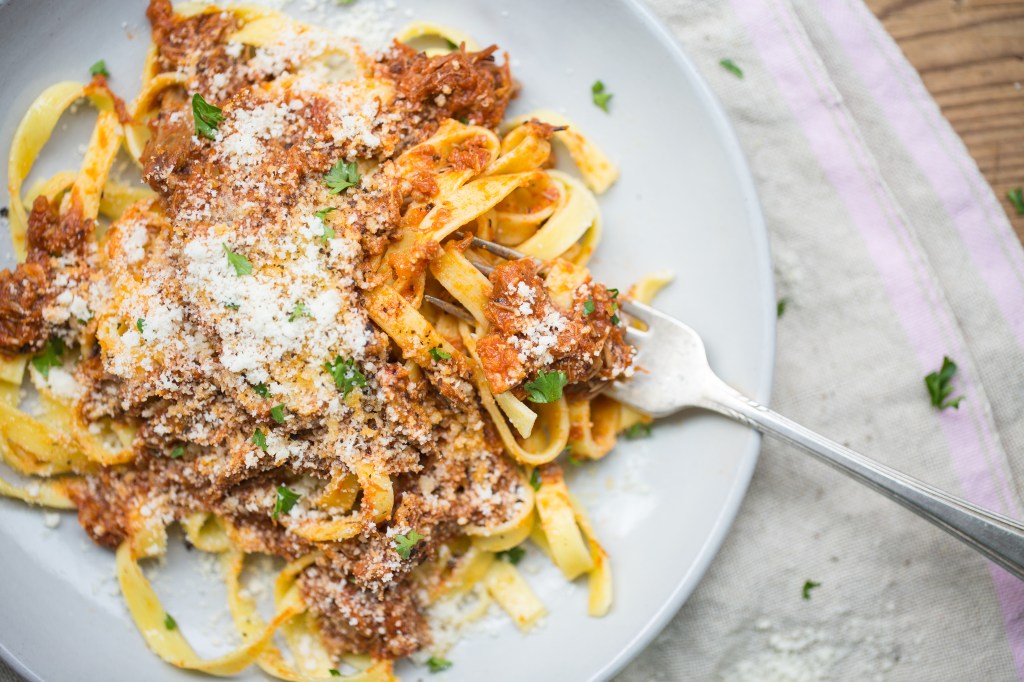 What’s the best piece of advice you’ve ever been given as a food stylist?
I was given one piece of advice when I started out, and she said, you’re going to come across a lot of artists. You’ll learn from them, but never compare yourself to them. So, I look through a lot of different work and learn from it, but I don’t necessarily make the connection between my own work. If you start comparing yourself, you can easily get into a complex and it kind of cuts off your creative flow.

On Instagram, do you use the same techniques?
Oh, yeah. It’s basically what I would do on set. It’s funny because people often ask me the process. I feel like, it’s so natural. It’s hard for me to break it down. 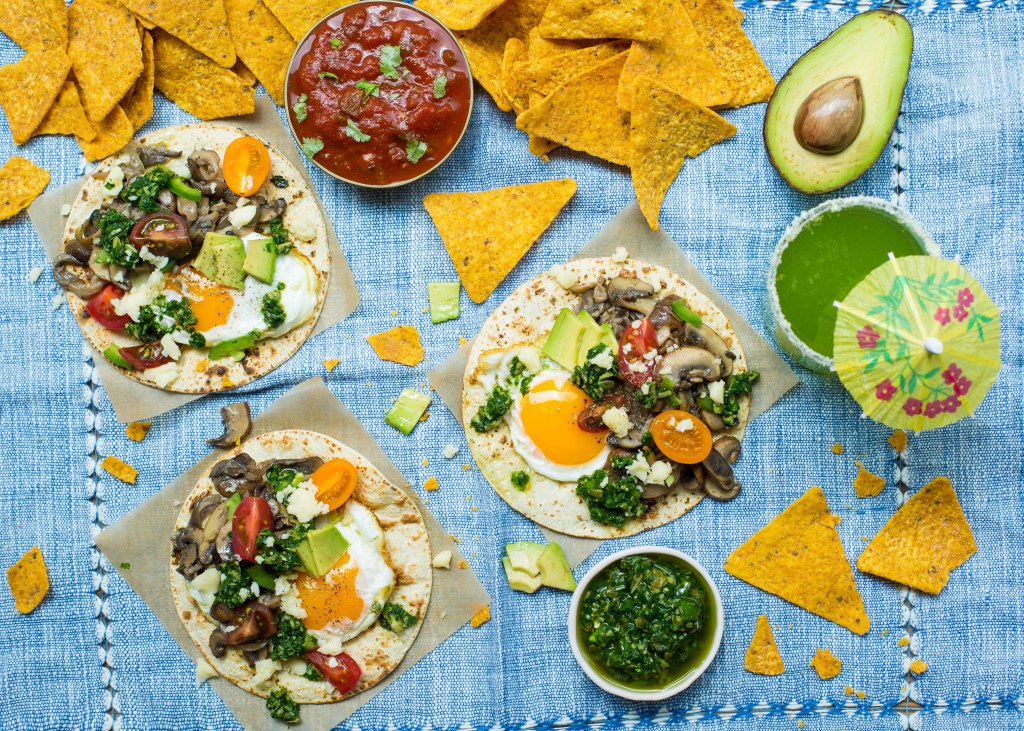 Was there ever a piece of food you gave up on?
I almost gave up on the last shoot I did, which was with Premium Foods, who makes sausages. The last two days, we were making short videos. One of the recipes we had was a hoagie roll. We were reaching 9 p.m. and trying to finish everything. But the hoagie roll just wouldn’t close. The tricks that usually worked just wouldn’t work, I wished I had super glue. I ended up using paper towels to boost one of the other sides, but it was a tough battle. 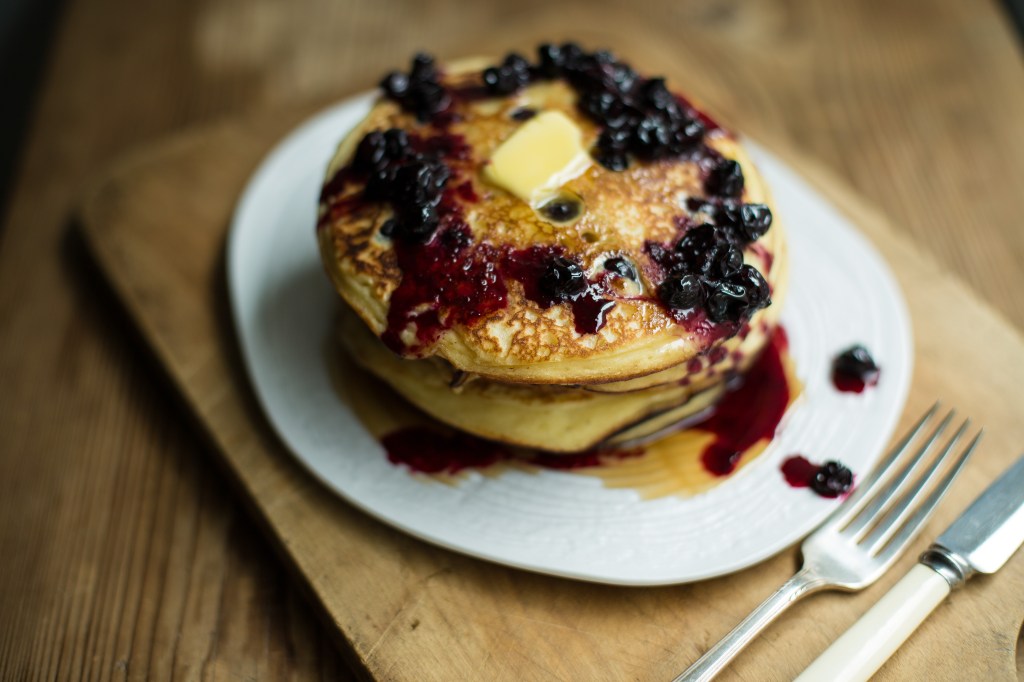