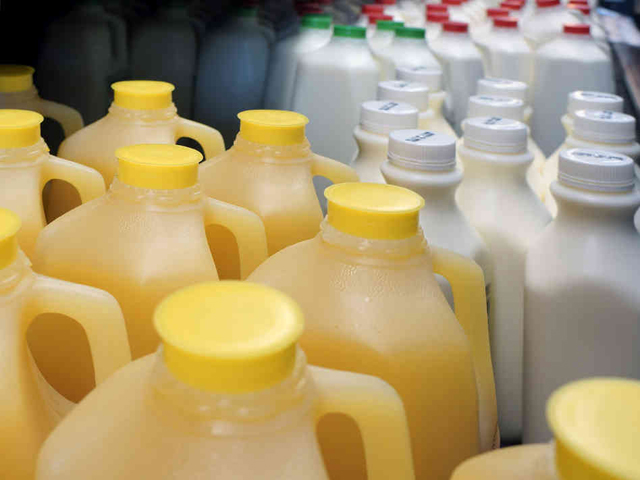 We’ve all been there—standing in front of our refrigerator tossing food because the expiration dates have passed. That, according to new research, may be a big mistake that is leading to a lot of wasted food.
According to a report from Natural Resources Defense Council and Harvard Law School’s Food Law and Policy Clinic, many Americans are prematurely throwing out food because they are confused by what expiration dates actually mean. And it is adding up to a lot of waste. More than 90 percent of Americans, according to this research, throw out food too early, and 40 percent of the U.S. food supply is thrown out unused in large part because of confusion regarding food dating.
There is no national regulation for food dating, and because of that tons of confusion exists as to what the dates on food mean. “Use by” and “Best by,” for instance, mean totally different things than “Sell by.” “Use by” and “Best by” are meant for consumers and are typically the date the manufacturer believes the product will be at its peak freshness. The date does not indicate spoilage, and so it is not a signal that the food is not safe to eat. “Sell by” is a label to help manufacturers and retailers, not consumers, to ensure proper turnover of products in stores. The short of it is that many consumers are using these labels to determine if food has spoiled, when in most cases it has nothing to do with that.
Interestingly, there seems to be a burgeoning movement trying to address this problem. Doug Rauch, the former president of Trader Joe’s, is launching a project called Daily Table. The project is repurposing edible produce slightly past its sell-by date with a new market opening early next year in Dorchester, Massachusetts. Food will be offered at deeply discounted prices. Meanwhile, auctions are popping up around the country for people to buy discounted expired food.
Here, some guidelines to keep in mind for specific foods:
Eggs: If you keep eggs refrigerated, they are still fresh three to five weeks after you buy them.
Canned Food: Canned food is still fresh for a year. That’s also what the expiration date will likely say. Some argue that canned food will be fine even after that date, and because canned food is vacuum-sealed, it doesn’t require food dating at all.
Apples: An apple will stay crisp and fresh for three weeks if refrigerated, and if they are cooked and then frozen, they will be good for eight months.
Cereal: Ready-to-eat breakfast cereal can last in your pantry without going stale for six to 12 months. Even if you eat cereal after that, it might be stale, but you certainly won’t get sick from it.
Meat: It’s recommended that you eat meat three to five days after you buy it. Freezing meat keeps it fresh and nutrient-filled for up to two months or more.
MORE:
Wine and Food Pairings For Dummies: 5 Rules You Need To Know
Shop This Room: Aerin Lauder’s Cozy Aspen Living Room