Ally Brooke knows her Spanish isn’t perfect. But that doesn’t make her any less of a Latina. For Brooke, who’s best known as a member of Fifth Harmony, her Mexican roots run deeper than what her last name is or how well she speaks Spanish. “I am so proud of my heritage, and I do know a little bit of Spanish. I have a Spanish teacher. But you can’t erase what’s in your DNA,” Brooke tells StyleCaster.

Though Brooke, who was one of three Latinas in Fifth Harmony, wasn’t raised speaking Spanish, she doesn’t blame her parents. She explained that the lack of Spanish in her household was because her parents didn’t want her to be discriminated against, like they were when they were younger.

“My parents, when they were in school, they would get in trouble unfortunately for speaking Spanish,” Brooke says. “Literally, their teachers couldn’t understand, and they would come up to the students and slap their wrists because they thought they were speaking behind their backs in Spanish. That was something ingrained in my parents’ minds and my aunts’ and uncles.’ And they said, ‘OK. So we probably can’t speak Spanish to our kids because they’re going to get in trouble as well.’” 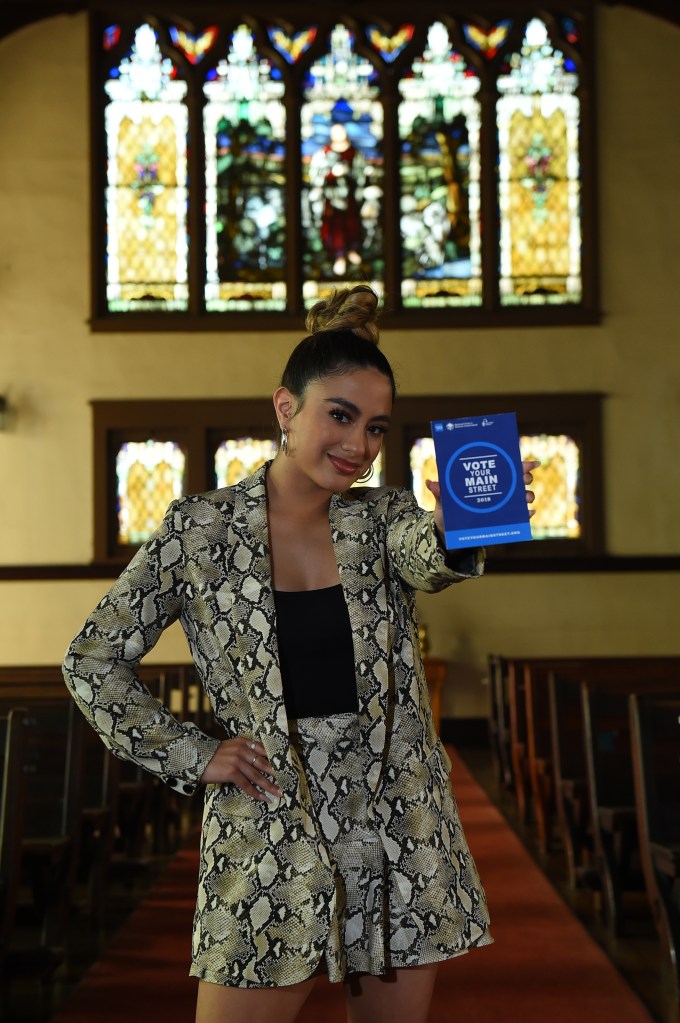 But that doesn’t mean Brooke’s childhood was devoid of Mexican culture. Born and raised in San Antonio, Texas, Brooke was surrounded by Latin tastes and sounds. Mexican food, including tacos, enchiladas, and rice and beans, were often cooking in the kitchen, and it was rare to not hear the songs of Selena, Gloria Estefan and other Latin artists playing in her house. “It really helped to be raised in a city where we’re so proud of our roots and our culture,” Brooke says. “Growing up, it was all about the music, the food and most importantly, family.”

You can’t erase what’s in your DNA

Brooke’s strong Mexican roots is one of the reasons she teamed with Partners in Preservation: Main Streets, a voting campaign by American Express and the National Trust for Historic Preservation that will award $2 million to historic sites across the United States. As a Texas native who was raised learning about the Alamo, Brooke has a personal connection to the Historic First Baptist Church, a 110-year-old church in San Marcos, Texas that was one of the first meeting sites for the NAACP. “There are so many different sites that contribute to the Latin community and to immigrants,” Brooke says. “We have to preserve these places in order to maintain those stories and maintain the history.”

Though she was surrounded by a strong Latin community as a child, Brooke wasn’t immune to a lack of diversity in the media, especially as an aspiring singer. She credits her family, as well as Latin artists like Jennifer Lopez and Salma Hayek, for encouraging and inspiring her. “I was proud of who I was and who my family was. But of course, you saw not as many Latin women, and when I was younger, I sometimes felt out of place when I was traveling to certain areas.” Brooke says. “But you did see Salma Hayek, Jennifer Lopez, Gloria Estefan, Penelope Cruz. That was very encouraging, and I felt I could still go for it.”

Now, as a Latin-American artist herself, the pressure to represent and be a role model for younger generations of Latin-Americans isn’t lost on Brooke. It’s perhaps one of the reasons her first single as a solo artist, “Vámonos,” which she debuted in September, is in Spanish. “We’re finally being appreciated and accepted, and of course, there are going to be more and more Latin men and women to show their talents and to be in the industry,” Brooke says. “I’m very happy to be where I am now and thankful that I can be a small fraction of what the community makes up today.” 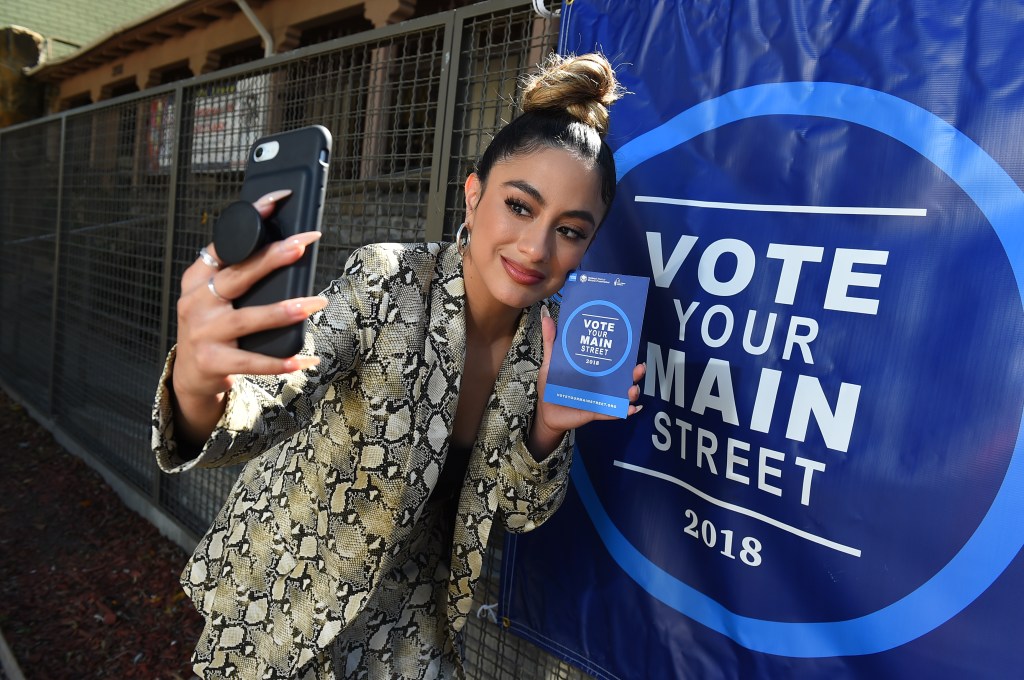 Still, Brooke knows that there’s no one way to be Latina. That’s why she doesn’t consider her sometimes-omission of her last name, Hernandez, as an omission of her Mexican background. She’s Mexican through and through, regardless of her name. “I definitely still use my last name for different things. I kind of interchange my name. Some people know me as Ally, Ally Brooke, Ally Hernandez,” Brooke says. “No matter who you are, no matter what name you’re given, it’s all about who you are in the inside and how you represent yourself to people. And that’s something I’m proud of.”