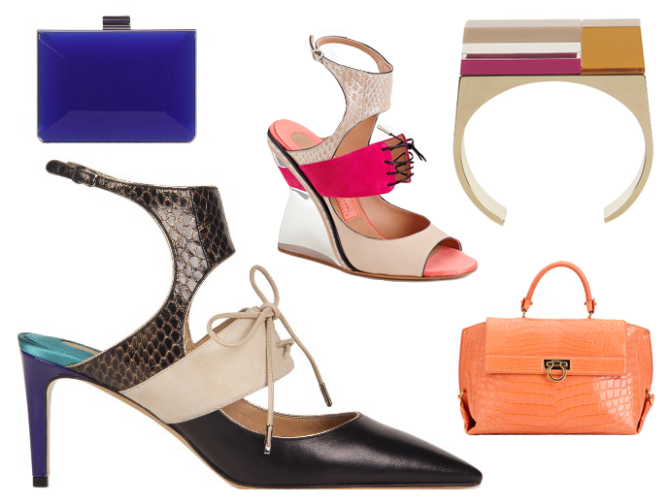 Salvatore Ferragamo may have been born in Italy, but he rose to fame in the 1920s in large part because he was a favorite of Hollywood stars. When Marilyn Monroe’s skirt famously blew up the “Seven Year Itch,” she was wearing Ferragamos. Greta Garbo was such a huge fan that she once purchased 70 pairs of shoes in one visit to his shop in Florence. Then, of course, let’s not forget one of Ferragamo’s most celebrated pairs of shoes: Dorothy’s ruby slippers created for the 1939 version of “The Wizard of Oz.”

Ferragamo died in 1960, and in recent years the Ferragamo brand has been mostly sourcing its Italian heritage for inspiration when it comes to new collections. However, that seems to be changing in a big way.

Along with sponsoring the Wallis Annenberg Center for the Performing Arts’ inaugural gala October 17 (L.A.’s answer to Lincoln Center), Ferragamo is opening its first ever Los Angeles pop-up which will house a special capsule collection (pictured above) of handbags, shoes, and jewelry inspired by the city of Los Angeles. Many of the designs take cues from Ferragamo’s biggest Hollywood hits, including the iconic invisible wedge, hybrid silk sandals, and woven calfskin heels.

The Ferragamo Hollywood pop-up shop will be open to the public at the Wallis Annenberg Center for the Performing Arts (9390 N. Santa Monica Boulevard, Beverly Hills, California) from October 18th through November 15th. The collection will also be available on Ferragamo.com through a digital version of the pop-up.

One step closer to looking like Marilyn! Now we just need to work on the hair …