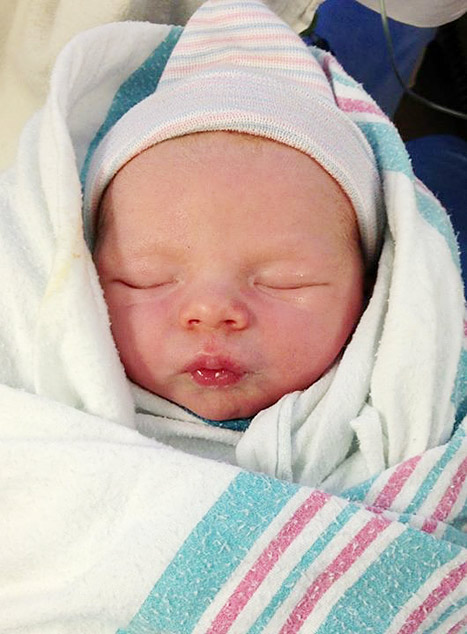 Even if you’re not a “baby person,” it’s hard not to audibly coo over the above photo of Fergie and Josh Duhamel‘s son Axl Jack Duhamel. Since he was born on August 29, the 38-year-old Black Eyed Peas singer and her 40-year-old actor hubby have been laying low at their California compound, but Duhamel broke their silence today by posting this picture on Facebook with the caption “Axl Jack Duhamel Day 1 Life is good #paparazziyoucanleaveourhousenow”

Clearly, the couple followed the route of other high profile couples like Kim Kardashian and Kanye West and Beyoncé and Jay Z, who both decided to forego showing off their newborn in a spread in a weekly magazine and instead opted to post their own personal photos. We’re all for this new trend, and if releasing baby pictures casually taken by a family member is good enough for the Duke and Duchess of Cambridge, it should be good enough for all of us.

Axl is the first child for Fergie and Duhamel. Fergie first announced she was expecting back in February, and spent the entirety of her pregnancy tooling around the globe in maternity outfits often consisting of leather pants, six inch stilettos, and Birkin bags. Needless to say, it was a very chic pregnancy.

What do you think of their baby picture—do you like the new trend of celebrities releasing their own photos?