The world of fashion has, at times, asked its loyal followers to do some wild things—including shelling out almost $1,000 for an Alexander Wang sweatshirt that isn’t even lined—and we have a feeling that Fendi has cornered the market on the next extravagant trend: bag bugs. 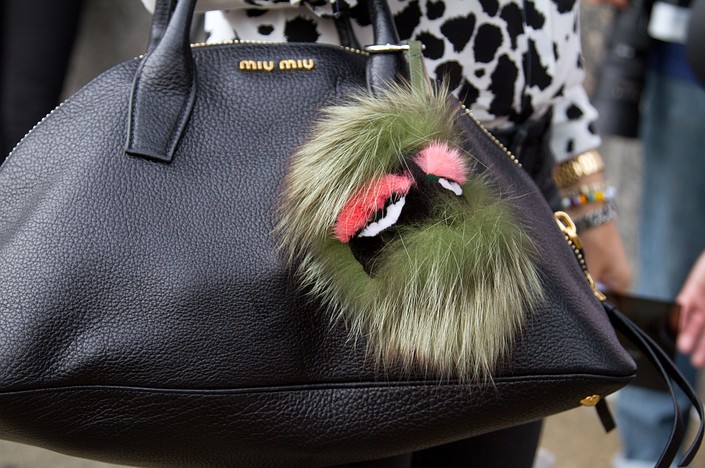 The Italian label’s cute little fur characters—they’re officially calling them Buggies, but they look more like mini-monsters than insects—have been popping up here and there at fashion week, starting in New York in September. (Our street style photographer snagged a shot of one of the little creatures, above!) Fashion stars like Cara Delevingne and Anna Dello Russo have also been spotted sporting them.

MORE: We Spotted a $46 Version of Wang’s Parental Advisory Sweatshirt

We wouldn’t be opposed to wearing the grouchy-looking little guys on our bags–except they’re being sold for $700.

We found them on Bergdorf Goodman‘s site, thought they’re already sold out. FarFetch had another version of the little fur monsters, but it, too, is but a distant dream in every fashion slave’s mind’s eye.

MORE: Would You Rather: Have a Leather Jacket By Saint Laurent or Balmain?

Watch the adorable video Fendi put together illustrating just how wistful these little guys are, and then vote below: would you ever spend $700 on one of the new “It” bag accessories?