Yesterday, Obama said goodbye to the White House after 2,921 days as president, and Donald Trump started the first day of his 1,460-day term. For millions of Americans, this Inauguration Day is an occasion of mourning, one that will be protested peacefully by hundreds of thousands participating in tomorrow’s Women’s March on Washington. For millions of others, today is a huge victory, a transfer of power to conservatives who will run the government—and the country—for the next four years.

As a liberal, a march participant, and (like Meryl Streep) a proud “Hillary lover,” for me, this weekend represents much more fear than excitement. The only thing harder than watching our first female presidential candidate concede the election is watching our first black president leave the oval. Still, if there’s anything I’ve learned in the last few months, it’s that we could all do a better job listening and talking to one another—especially those whose opinions don’t just differ from, but completely clash with, our own.

MORE: How Your Birth Control Rights Will Change With Trump 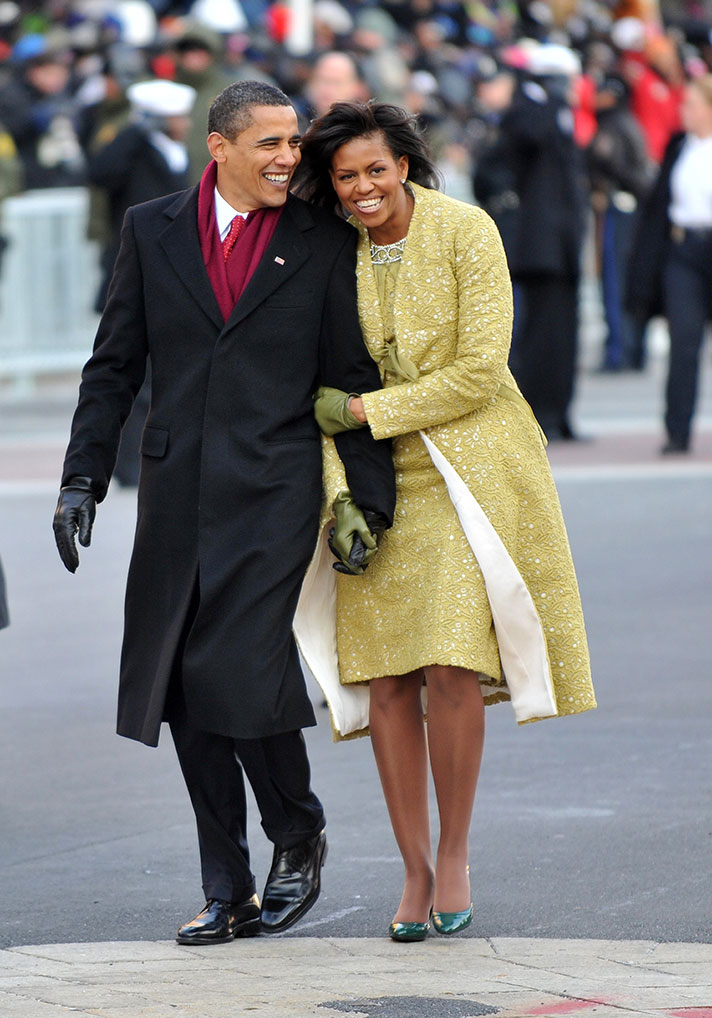 I’ve been lucky to have candid, respectful conversations with women whose perspectives are worlds apart from my own about why they voted for Trump and how they campaigned to make it happen (props, ladies—your activism clearly made a difference). I spoke with an old friend who chose not to vote at all, who said, “Look, I think they were both flawed candidates, and a president’s job is about more than just social matters and civil rights—he also needs to address bottom-line issues like the national debt.” I bit my tongue when a former college roommate casually said, at happy hour a few days after the election: “Did I vote for Hillary? Yes. Do I think Trump’s win is the end of the world? No.”

Did I vote for Hillary? Yes.
Do I think Trump’s the end of the world? No.

These words, as hard as they are for me and many others to stomach, are valid. Why? Because they’re the opinions of our fellow humans, citizens, and voters. The Electoral College might be an archaic institution that effectively nullifies the premise that every vote has the same value, but it’s a fundamentally American concept that every vote matters. On November 8, a minority of 62,979,879 Americans were empowered to put Trump in office, leaving 65,844,954 of the rest of us wondering how the hell this happened, and WTF is next. Pundits, journalists, historians, sociologists, and political experts will spend the next four years trying to figure that out, but right now, this is our reality.

MORE: 9 Times Donald Trump’s Hair Has Tried to Run Away 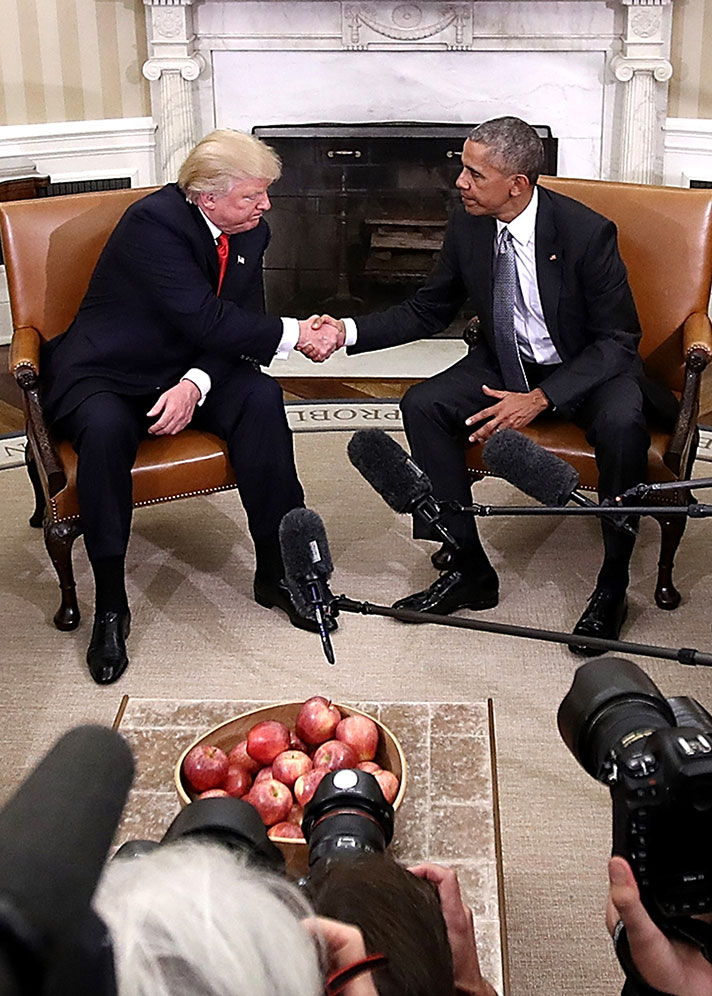 Obama and Trump meet to discuss the transition on November 10, 2016. Getty Images

To start coming to terms with that reality, to learn to live with it without condoning it, and, most importantly, to use it as a springboard for passionate, positive change—the kind we might have taken for granted had there been a President Hillary Clinton—I went back to the women who had generously explained their points of view to me before the election. I wanted to understand: Were they as elated about Trump now, post-win, as they were before? Did they have any concerns whatsoever—if not for themselves, as women, but for their fellow Americans who’d felt victimized and marginalized by Trump’s treatment of minorities?

I did question some of Trump’s cabinet nominee choices.

“I was relieved and proud after Trump’s win, because our election process worked and protected our democracy,” says Ashley, 32, a Trump voter and stay-at-home mom from Massachusetts. “The results have naturally drawn some very passionate responses, and I wouldn’t have expected less. But my feelings about Trump remain the same: I knew he wouldn’t change minds overnight, nor did I think he would suddenly change his approach—not that a little filtering would be a bad thing—but I think his actions will speak for themselves, and I look forward to that.” As for his actions during the three-month transition, Ashley says that while she’s not “deeply concerned,” she raised an eyebrow at a few. 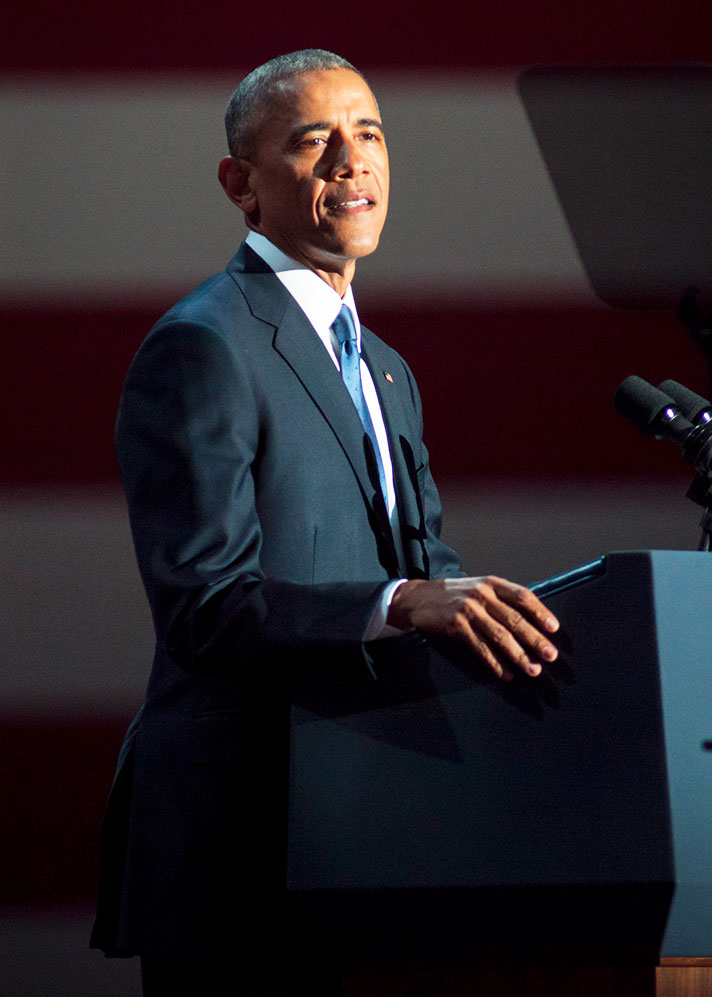 “I did stop and question some of Trump’s choices for cabinet nominees,” she says. “I would have liked to see some nominees who were a little less controversial for the sake of unifying the country. That said, I have faith that Trump has a plan and that’s why I voted for him. Of course I feel there are things he could have handled a little better during the transition, but at the same time, I’m not sure it would have made a difference. People are angry and some are in complete disbelief that he is the new president. I’m going to give him the benefit of the doubt and a chance to put his plan in place before critiquing too much.”

I’m going to give him the benefit of the doubt.

Other Trump supporters don’t have even a shred of doubt about his presidential competence. “I feel more enthusiastic than ever and I think he handled the transition beautifully,” says Sarah, 20, of New Jersey, who says she was cyber-bullied for supporting Trump. “Nothing he has ever done will make me feel concerned about how he’ll handle certain issues. I knew who I voted for when I went to the polls, and am excited to see real change and action take place. I think it will be quite a transition going from Trump Tower to the White House, but I’m confident in his intellect, intuition, and the team he has put together.” 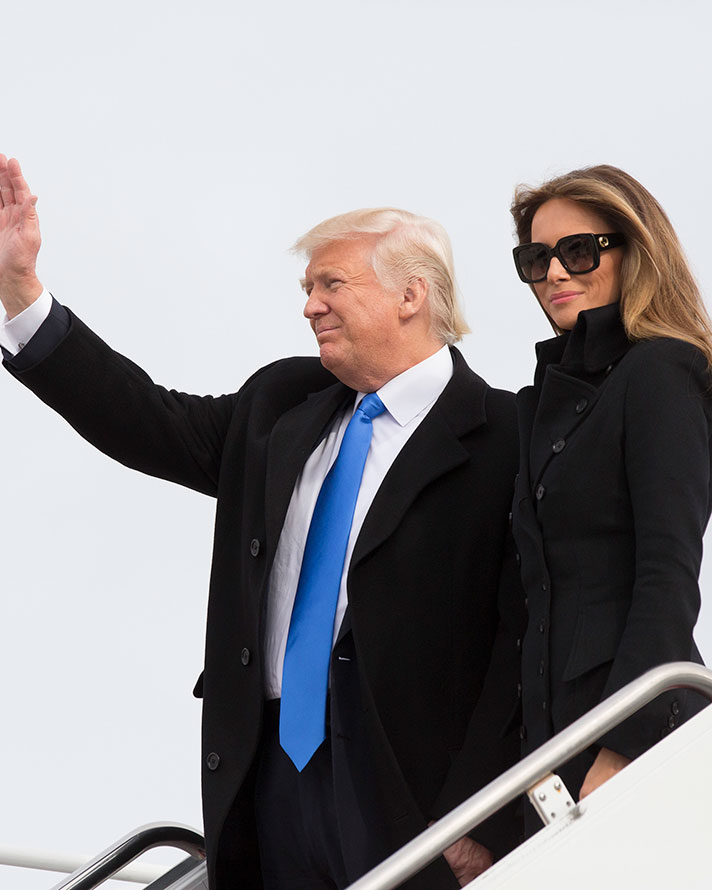 Donald and Melania Trump travel to Washington for the Inauguration, January 19, 2017. Getty Images

Neither woman harbors fears for her reproductive rights, either. “Not many voters watched the Republican primary debates, but Trump was the one nominee who made it clear how important women’s healthcare is,” says Sarah. “As a young lady, I’ll never forget that moment. He even mentioned how he’d advocate for birth control without prescriptions! I realize that people are worried that defunding Planned Parenthood will hurt women, but that organization is making revenue, according to their annual reports, so federal defunding won’t necessarily mean the end of Planned Parenthood.”

We all need to try to have faith.

Shortly after Trump’s win, Obama said—in an effort to unify a gaping, angry divide—that Americans need to give Trump a chance, like it or not. Ashley echoed that message. “We need to give Trump the opportunity to follow through on his plans before judging his intentions,” she says. “We all need to try to have faith.” That’s something too many of us are feeling understandably low on. I asked Sarah what she’d say to those feeling targeted or marginalized by the new president. “I would say to anyone who feels Trump isn’t interested in their civil rights that they’re wrong,” she says. “He has reached out to minority communities more than any other Republican candidate. His supporters were of many backgrounds and ethnicities because his ideas will help them. There’s not a doubt in my mind that he’s looking out for all of us as Americans.” Let’s hope, for our country’s sake, that she’s not wrong.