Last week, I hopped on a bus with about 25 other women, and drove down to Philly to register people to vote on the last day before Pennsylvania’s deadline. Over the course of six hours, we hit three college campuses, lurked outside of Starbucks trying to find WiFi for finicky registration forms on iPads, and finally resigned ourselves to doing it the old-fashioned, pen-and-paper way. Guess how many locals I actually registered? One student at the Community College of Philadelphia. We registered 50 people total—about two people per volunteer.

Doesn’t seem like such hard work, but I was tired as hell at the end of the day. It’s not easy approaching strangers, getting them to listen to you, and surrender the DGAF, go away attitude that most people (including me!) have towards people with clipboards. And it made me wonder how Hillary Clinton and Donald Trump’s volunteers handle the stress, exhaustion, and pressure of campaigning on the candidates’ behalves, when they’re not even getting paid to do it. 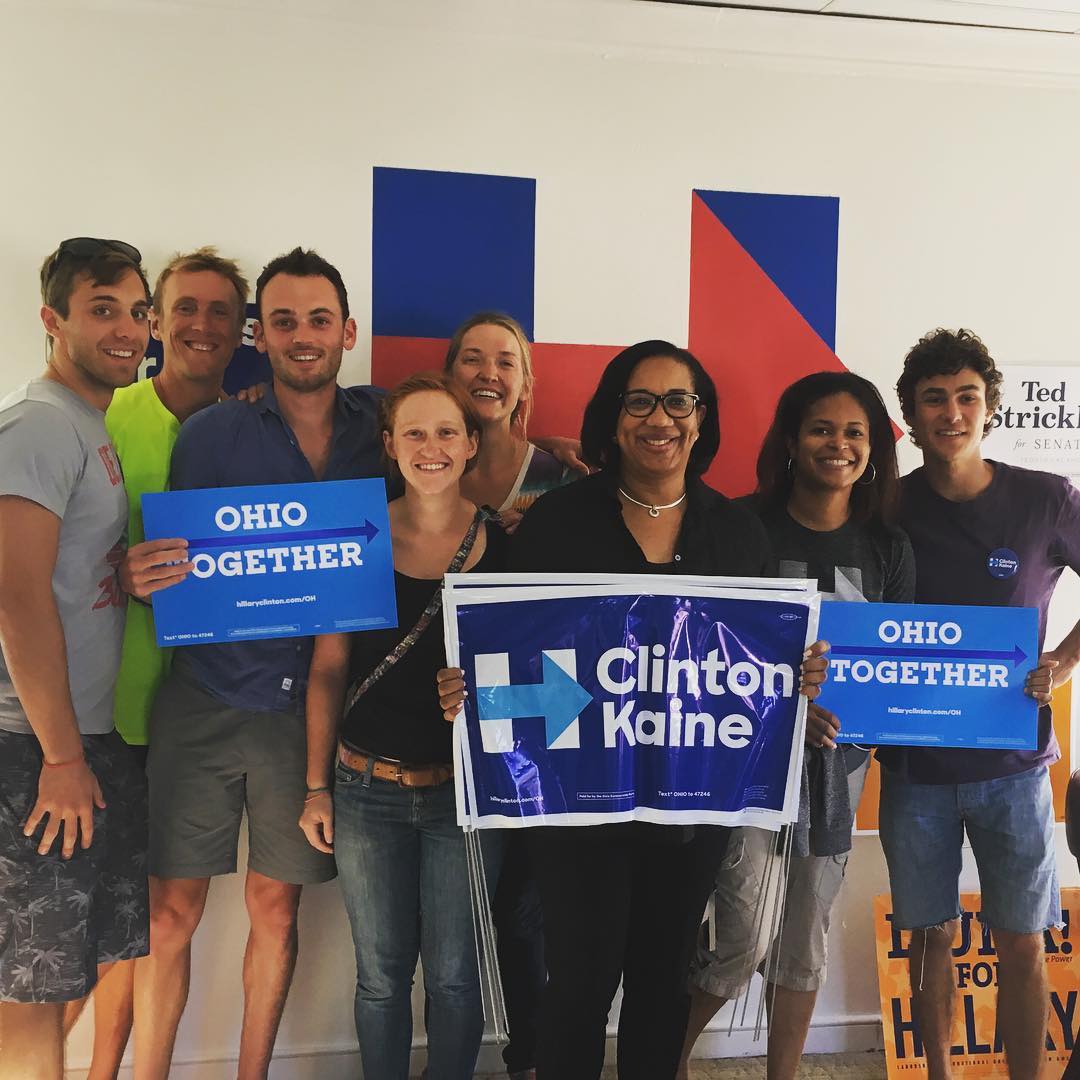 For most of the women I spoke to, their passion fuels their desire to campaign. Their beliefs about Clinton, Trump, and the future of our country are strong enough that they wouldn’t want to spend their free time leading up to November 8th any other way. “I felt more compelled to get involved in this particular election because of Hillary Clinton,” says Suzanne, 29, of San Francisco, who recently volunteered to register voters in famous swing state Nevada. “I value her policy positions on the things I care about, but I’m also highly motivated by her gender. After being in the workforce since 2009, in a field dominated by men, I notice sexism more and more, and think having a woman in the most powerful position in the world is a vital step on the road to gender equality. I think she’ll have significant impact on encouraging a new generation of women to run for office and seek out positions of power.“

Emma, 37, of Washington, D.C., has been campaigning since age 16, so it was natural for her to volunteer at this year’s Democratic convention and canvass during the primary. “The most important issue to me is the future. What kind of country do we want to be? What kind of example do we want to set for our sons and daughters?” she says. “Working for Hillary was a no-brainer. I’ve always been committed to seeing more women in office and this campaign feels like the culmination of that dedication.”

MORE: 10 Crucial Women Behind the Clinton and Trump Campaigns 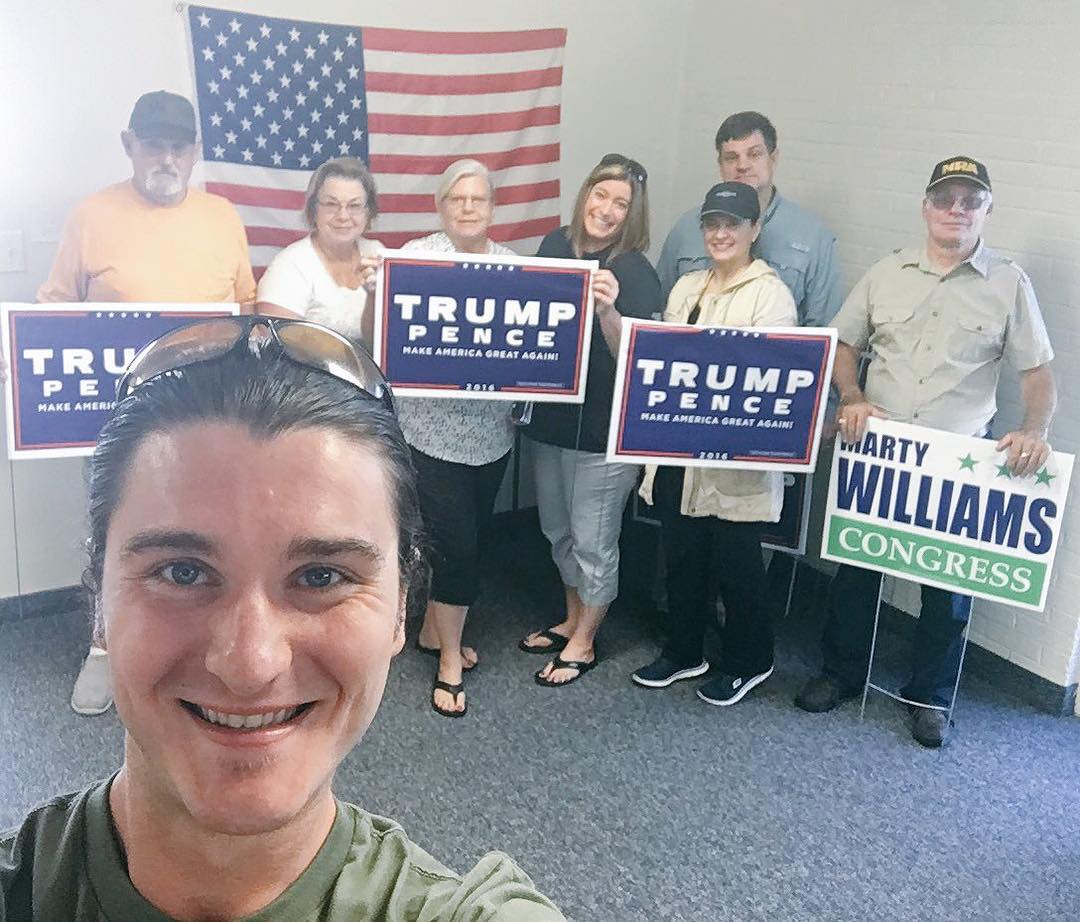 For all of their own enthusiasm, campaigners also deal with the same emotionally loaded, often hostile political environment that has been a theme throughout this election. “The college I attend is extremely liberal, so I have a very hard time finding students who support or even want to talk about Trump,” says Alicia, 25, of Houston. “I get dirty looks, cussed out, and generally looked down on.” But her fervent beliefs keep her going. “This is the first time I decided to get involved in politics, and it’s because of how strongly I feel about Trump and his policies. They’re the only ones that make sense and will better our government. I’ve always thought our government should be run like a business to succeed. What better man than Trump to do that?”

Volunteers get negative reactions from people in both parties, of course. Lauren, 52, of Mountainside, NJ, was dismissed by one voter when she knocked on doors in Pennsylvania. “We came across a man working in his garage, who snickered and asked, ‘Why are you voting for Hillary?’ I said, ‘Trump is scary,’ and he replied, ‘She’s a crook.’ He sent me inside to talk to his wife and 90-year-old mother-in-law, who told me they were undecided,” she says. “We left, and 15 minutes later, the wife drove up to me on the next block to tell me that both she and her mother are Hillary supporters, but couldn’t tell me that with her husband nearby. She actually looked for me in the neighborhood!” 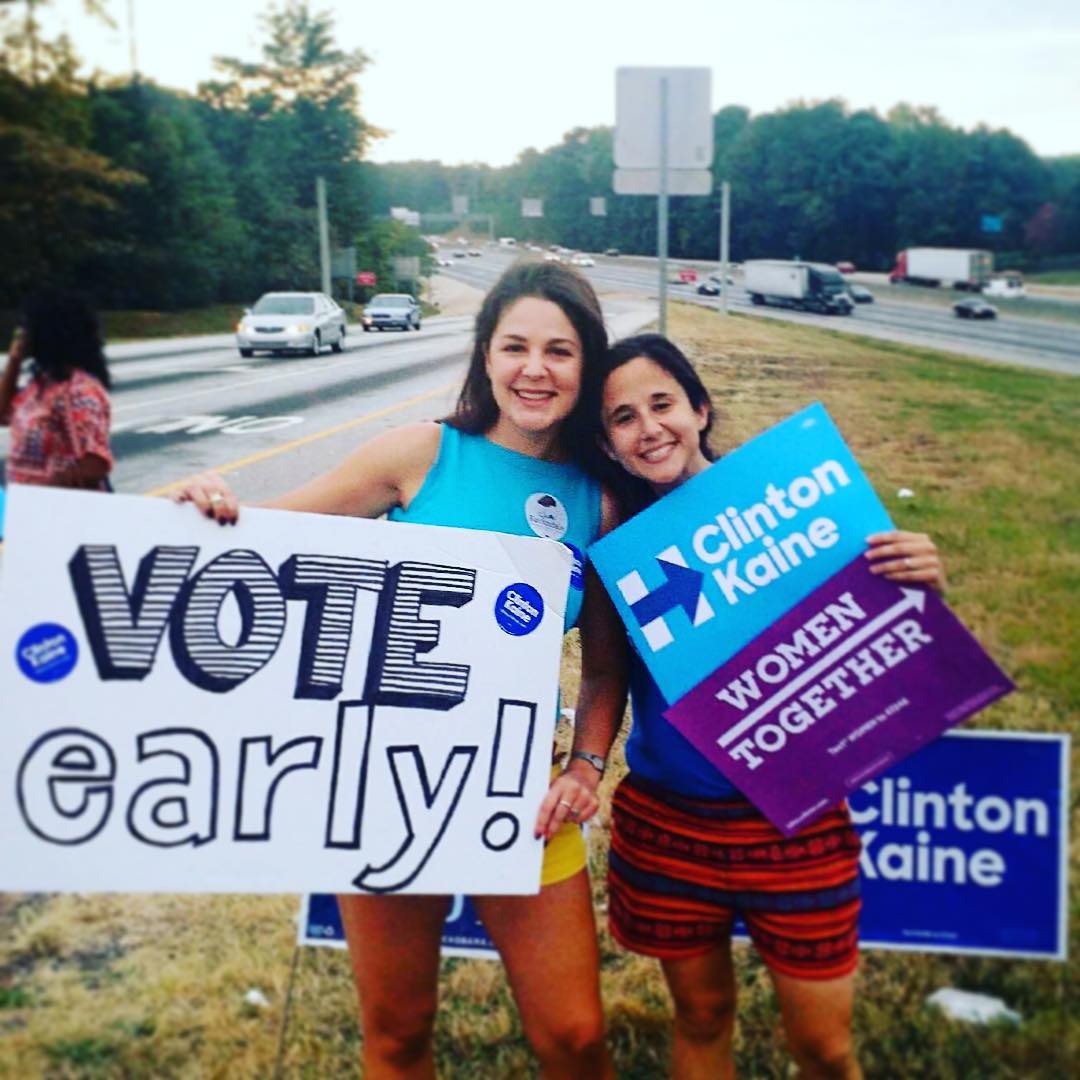 Bonding with people who share their views is the flip side of the coin, and that’s rewarding. “Anytime I hear someone supports Trump, it puts a huge smile on my face,” says Alicia. “I love seeing students wearing ‘Make America Great Again’ clothing, and meeting students who are actually educated on the candidates’ policies. It’s a tough job trying to get people to listen and support him, but it’s worth it because I’m standing up for what I believe in without fear of judgment.”

Suzanne says her favorite part about campaigning is meeting other Clinton supporters and talking to people she wouldn’t normally cross paths with. “In Reno, we got to meet Cecile Richards, the head of Planned Parenthood and a personal hero of mine. She showed up to help register votes and encourage volunteers like us, and seemed so focused on staying positive and inspiring people,” she says. “Getting involved in the political process is a reminder that we live in a democracy, with so many competing viewpoints and priorities. And sometimes, it actually works.”

MORE: Why 5 Millennial Women Are Voting for Trump

STYLECASTER has partnered with more than 50 women’s media brands and political nonprofit Rock the Vote to register 100,000 women to vote. Make sure your voice is heard on November 8 by registering to vote with #OurVoteCounts, below.