With another retrograde just around the corner, y’all might be wondering exactly what to do during Mercury retrograde, considering its reputation for bringing a myriad of challenges and opportunities for growth (aka some bullshit!). We know that Mercury goes retrograde when it appears to move backward, but in reality, it’s just on its normal rotation. The angle of the planets makes Mercury appear smaller—but it’s actually just farther away. (P.S. There’s a crude joke in here about size not mattering, but I’m trying not to reach for the low-hanging fruit. Just know that I thought of it, and I am NOT losing my edge.)

So while Mercury retrograde really is just business as usual for the planet, the resulting celestial effects can be a little tricky for us. Learning how to make small, sustainable adjustments to your routine can make all the difference in navigating the shit-show that a retrograde can be. I mean, yes, these tips are retrograde specific, but couldn’t we all benefit from communicating a little more directly all year-round? And how many of us over-commit to something and then realize shortly after that we aren’t passionate about it at all? Or maybe it’s just not a priority right now. Or (and this is a big one for me, personally) we simply don’t have enough time to get it all done?

Here’s the thing: There are so many beautiful, important things we could and should spend our time doing. Meaningful things that make our personal lives, mental health, physical health and professional lives better. But the reality is, there truly aren’t enough hours in the day to get them all done. We get to pick some important things (for me, it’s yoga and writing and laying on a flat surface whilst doing nothing), and then the rest either gets done or it doesn’t.

To have and enjoy a fulfilling life, the fact of the matter is that a lot of important things just won’t get done. It’s the collateral damage of having agency and choice in your life. Sometimes, you just have to say no or readjust your expectations so you aren’t constantly trying to catch up to the idea of who you SHOULD be or what you SHOULD have accomplished.

So this retrograde, let’s examine what we need to be happy. And, as hard as it is, try to let go of the rest. Let it become background noise, not the scary thump under your bed that’s giving you anxiety and messing with your well-being. Read on for everything you should and shouldn’t do during Mercury retrograde. 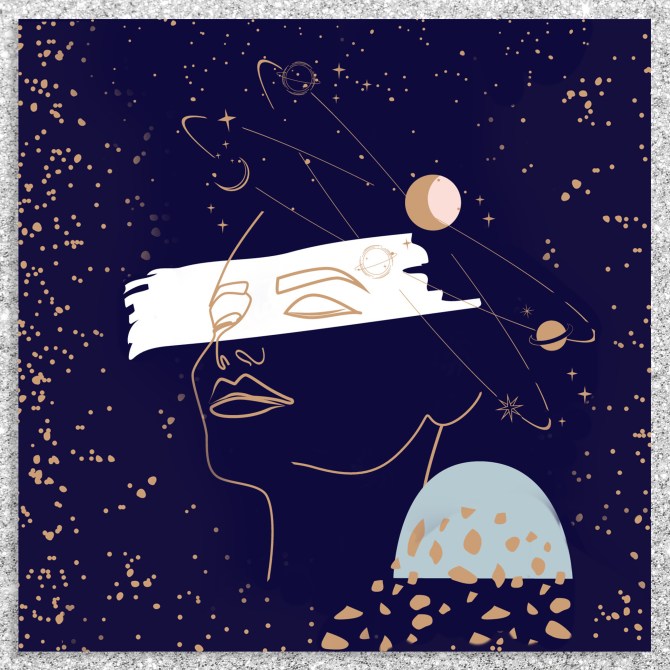 You should pick your battles and what’s worth arguing over.

If a decision is going to affect your life negatively for more than three months, it’s worth discussing with involved parties. Prioritizing can be a really helpful exercise in determining if something is worth your time and energy. True strength lies in staying calm, analyzing a situation fairly and then making a move. Sometimes, that move is simply to take a deep breath and surrender to the situation. Other times, you have to advocate for yourself. Trust that no one can do it better than you.

You should not pick up an ancient battle ax and wield it, using the power of your long-forgotten ancestors, to invoke your birthright by smiting your enemies with an unforgiving blow.

Or, in other words, you shouldn’t invest emotional energy into an issue that will resolve itself in time.

You should wait on signing any contracts, major decisions, or declarations (of love and/or murder) of any type.

We all feel so much pressure to do things quickly and correctly—when really, we usually only get one or the other. Pro tip: If anyone is pressuring you to make a big decision—like getting married or buying a house or spending a lot of money on a non-FDA approved beauty treatment—then they probably don’t have your best interests in mind.

You should not ignore your truth, silently simmering in resentment until you inevitably blow…

…exploding like a dying star and taking everyone in a 10-foot radius down with you. Speak it, act on it, invoke your truth.

You should be choosy with who you spend your time with.

It doesn’t seem like it sometimes—but you really do get to choose who you spend time with in this world. Obvi, there’s not much you can do about co-workers and certain family members. But! You can limit time spent with those that make you feel stressed or less in any way.

During Mercury retrograde especially, it’s important to protect your time and energy from emotional vampires or those who skyrocket around without self-awareness, bouncing off everyone else’s soft skills like a human cannonball.

You should not have unrealistic expectations of others, who are living their own busy and stressful lives.

Or expect any person to fulfill every single one of your social and/or emotional needs. That’s on you, babe.

A version of this article appeared in October 2019.