Jennifer Aniston has had the same style, more or less, ever since she ditched the “Rachel” in the ’90s—which is why we basically had a heart attack when we saw her latest cut. Jennifer Aniston makeover hair moments aren’t that rare, but this one tops them all. Jen, who’s currently shooting an untitled project with Tim Robbins and Will Forte, debuted a freshly shorn scalp in New York last night. “It’s for a role,” she reportedly told a friend. “My character gets to this really broken point, and [director] Daniel [Schechter] and I thought it would make her more realistic.”

Okay, so it’s not April Fools, but we are totally kidding. Aniston is probably home taking good care of her perfectly highlighted hair (and sipping a margarita). But come on, how epic would it be if she did actually look like this in her next Instagram post? 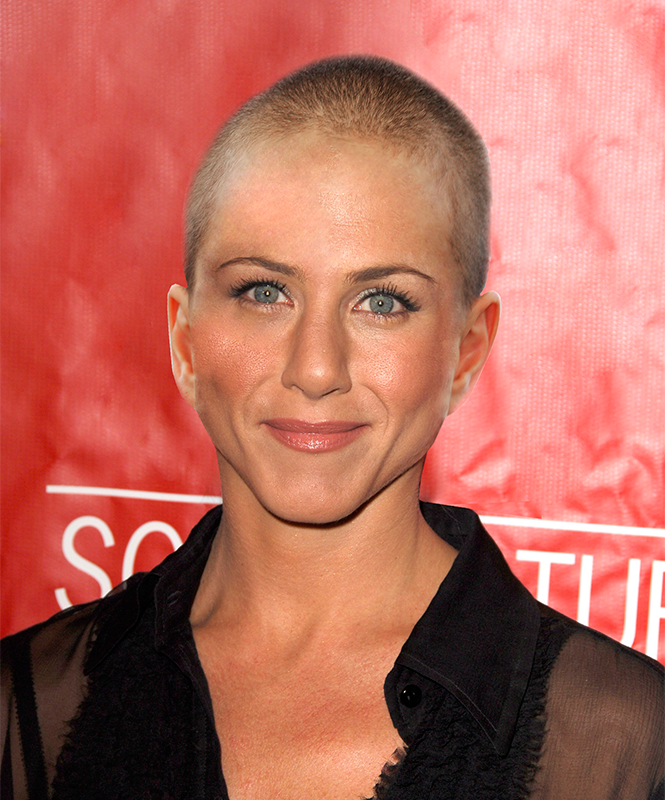 Jokes aside, Aniston may be known for her medium-length blonde hair, but her hair looks through the years are way more versatile than you probably remember. Between her iconic Friends haircut and this year’s Screen Actors Guild Awards, she’s tried out a number of styles…and looked flawless in each and every one. Need proof? Read on for a look back at some of her standout hairstyles since making her TV debut in the ’90s. 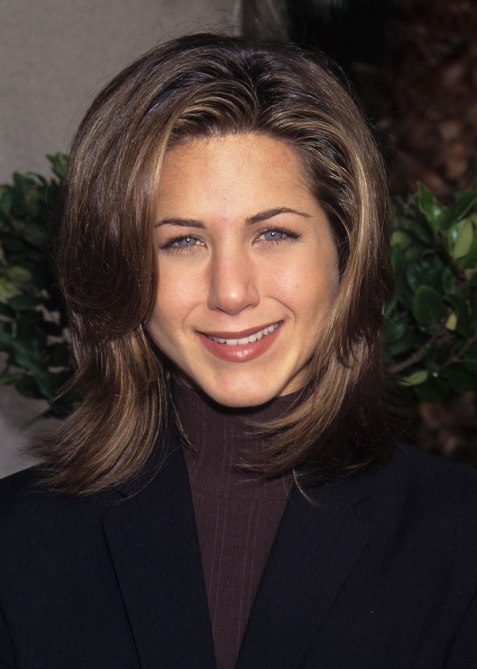 “The Rachel” haircut initiated by Aniston in the mid-90s is forever a part of hair history…and many, many prom pictures for those who copied it. 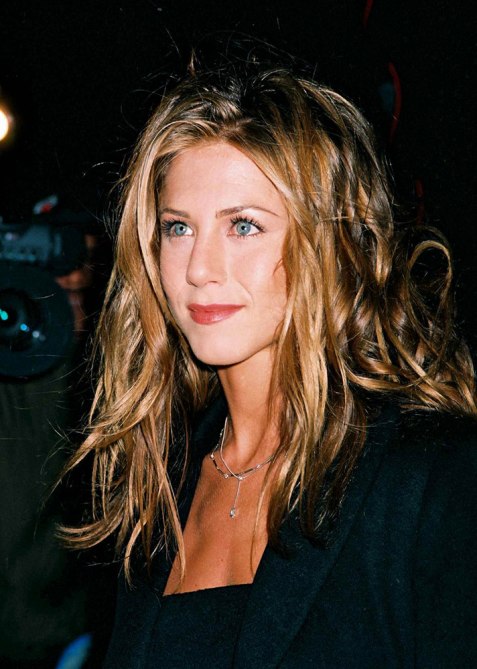 Just three years, and at the start of her relationship with ex-husband Brad Pitt, Aniston debuted the perfectly-highlighted beach waves we’ve come to know and long her for decades later. 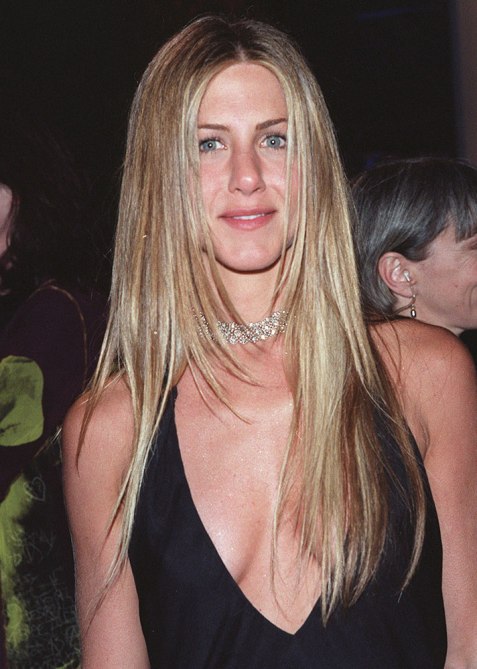 At the start of the Millennium, Aniston added major length to her blonde hair (still perfectly highlighted, BTW) and got acquainted with a flat ion for this sleek and sexy award season classic. 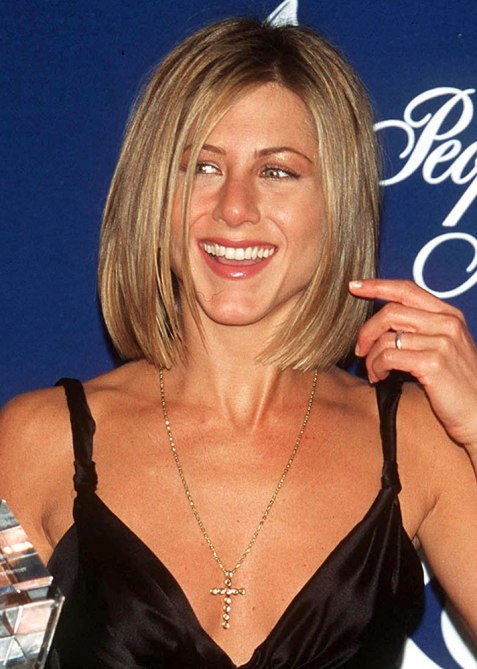 However, never one to sit with a style for too long (color is another story), Aniston surprised everyone when she unveiled this adorable and chic bob on the red carpet. 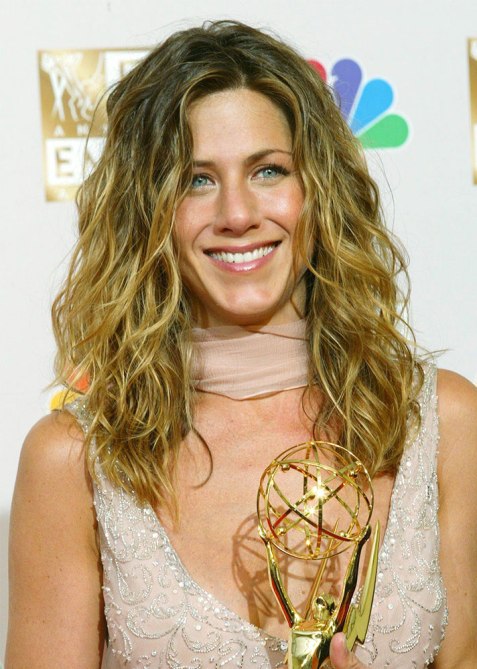 Ah, yes. Who could forget the moment Aniston won her Emmy in what would later become known as the lob? These fresh-out-the-bed curls are still giving us life. 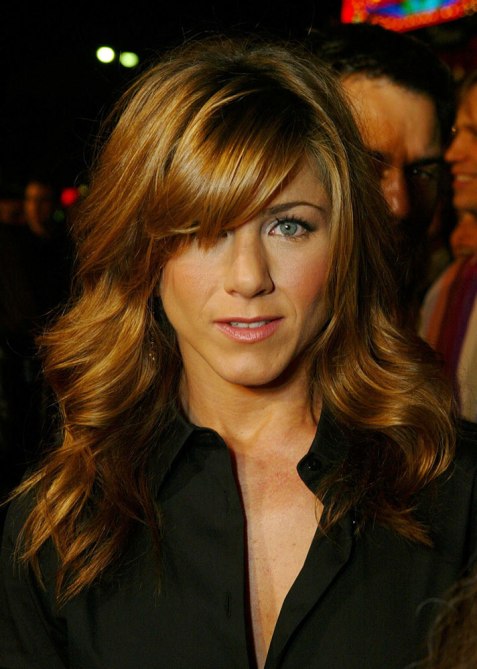 Is that you Jen?! These brunette waves with a dramatic side bang reminded us that blonde isn’t the color she can pull off flawlessly. 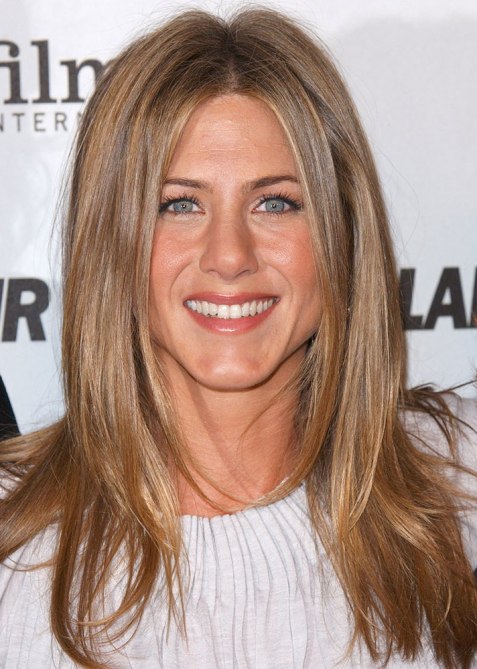 The middle part is rare in Jennifer Aniston’s hair repertoire, but as you can see, she pulls it off very well. 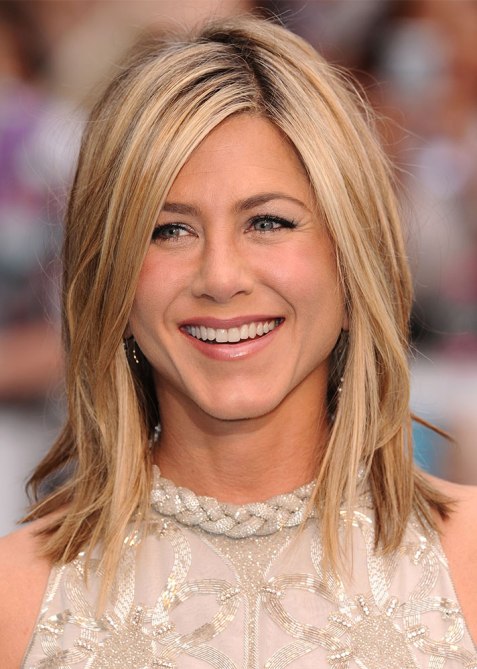 If ever you needed proof that dark roots and bright blonde hair are a dynamic duo, look no further than this standout Aniston moment. 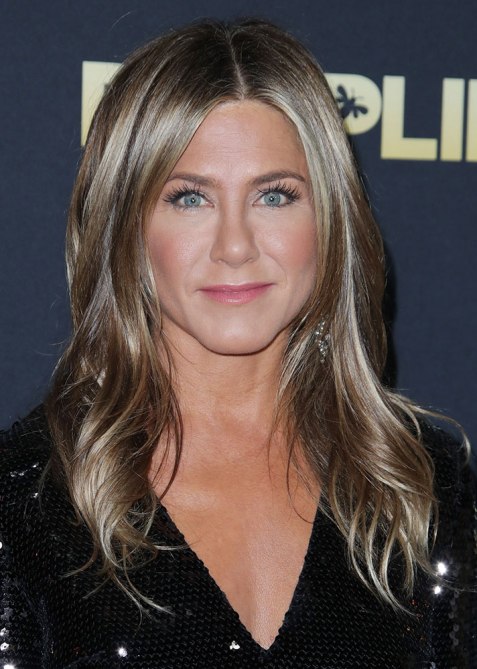 Aniston’s highlights are practically beaming off the screen while also blending flawlessly with her darker hair strands. 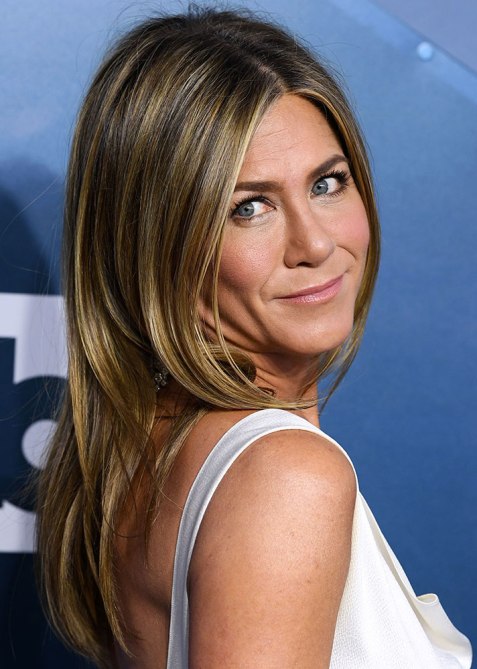 A carefree down ‘do is Aniston’s 2020 aesthetic. We can’t wait to see what she does next.