If you’re an ARMY, the questions of how BTS members were discovered and how BTS was formed likely crossed your mind. Well, like the great bands before them, their story is a mix of the conventional and unconventional. BTS debuted in 2013 with their first-ever single, “No More Dream.” Since then, BTS members—RM, Jungkook, Jimin, V, Suga, Jin and J-Hope—have become household names among K-pop fans everywhere.

With celebrity fans like Shawn Mendes, Tyra Banks and Charlie Puth, BTS has become one of the biggest and most well-known acts in K-pop history. But BTS wasn’t always BTS. About a decade ago, BTS members were just seven, normal South Korean guys with dreams of pop stardom. Then came Big Hit Entertainment, and their lives changed forever. As ARMYs know, 2020 was a milestone year for the band.

After the release of their first number-one single on the Billboard Hot 100, “Dynamite,” in August 2020, BTS followed their success with two more number-one hits: “Savage Love (Laxed – Siren Beat)” with Jawsh 685 and Jason Derulo and “Life Goes On” from their November 2020 album, BE. The boy band was also nominated for their first-ever Grammy at the 2021 award show in the Best Pop Duo/Group Performance category for “Dynamite.” So how was BTS formed into the band we know today? Read about all of BTS members’ discovery stories ahead.

RM, whose full name is Kim Namjoon, was the first member of BTS and is the band’s leader. RM, whose previous stage name was Rap Monster, is one of the band’s rappers. He started rapping in the sixth grade after he listened to Epik High’s “Fly” for the first time. In 2007, when he was in middle school, RM started rapping under the name Runch Randa, which led him to the rap crew Daenamhyup. (The crew also consisted of now-known stars like Top Dogg’s KIDOH, Big Hit Entertainment producer Supreme Boi and Show Me the Money 3 finalist Iron.) After that, RM started releasing more songs as a solo rapper until he was invited to audition for a hip-hop agency, where he met Untouchable’s Sleepy, who was a judge at the audition. Impressed by RM’s rapping, Sleepy connected RM to producer Bang Shi Hyuk, who invited him to audition for Big Hit Entertainment. Then, in 2010, RM became one of BTS band members, and the rest is history. 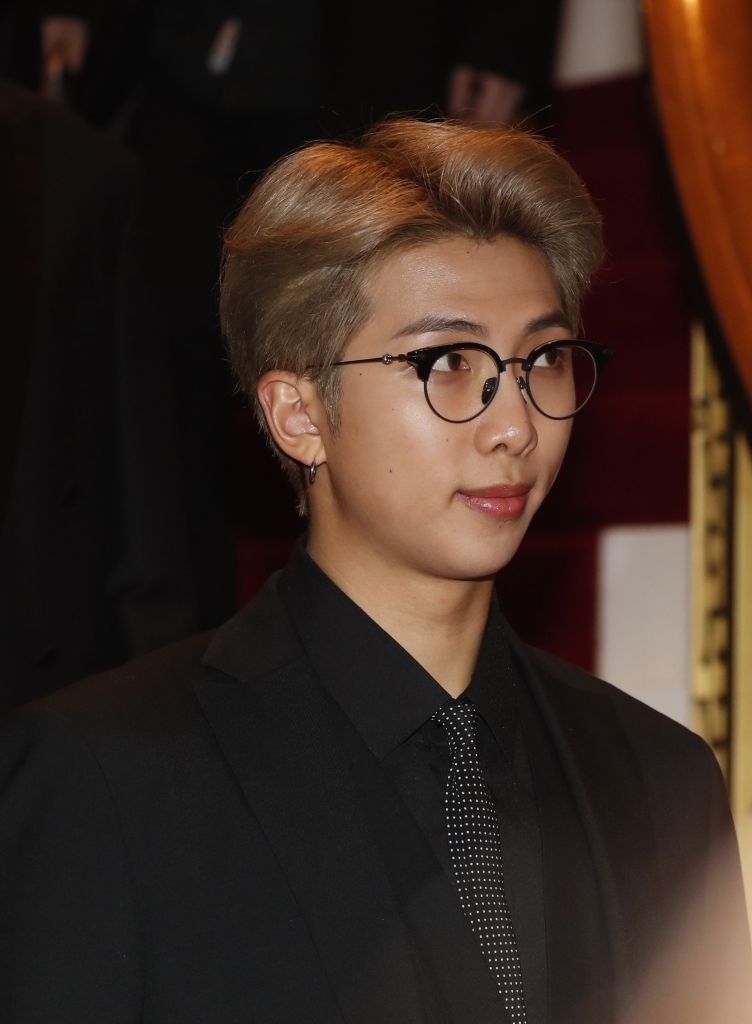 Jungkook, whose full name is Jeon Jeongguk, is one of BTS’ singers. He’s also the youngest member of the band, making him BTS’ Golden Maknae. Jungkook, whose nickname is Kookie, was discovered when he auditioned for the third season of Superstar K in his hometown of Busan. He was eliminated in the audition round, but the show gave him enough exposure to be scouted by at least seven agencies, including JYP Entertainment, FNC Entertainment and Starship Entertainment. In the end, though, Jungkook chose Big Hit Entertainment to become a trainee at. Jungkook has said that the reason he chose Big Hit Entertainment over the other agencies was because of RM, who impressed him with his rapping, which made Jungkook want to train and work with him. Long story short, RM is one of the reasons that Jungkook is one of BTS members. 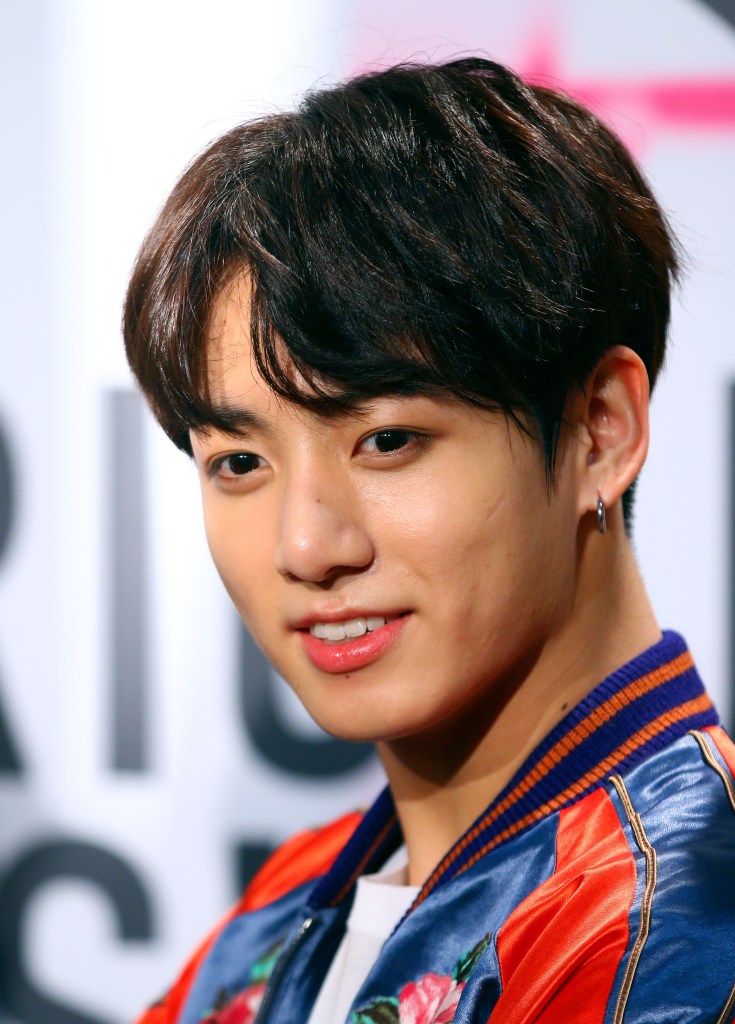 V, whose full name is Kim Taehyung, is the son of farmers in Daegu. With a dream of becoming a musician, V started playing the saxophone in high school, at the recommendation of his father. Soon after, he accompanied a friend to an audition for Big Hit Entertainment in Daegu. V didn’t intend to audition himself and was only there to support his friend, but a team member at Big Entertainment saw him and encouraged him to audition. After he called his father for permission, V auditioned on the spot and became the only person from Daegu that day to make it to the next round. He eventually became one of BTS members and is one of the band’s vocalists. 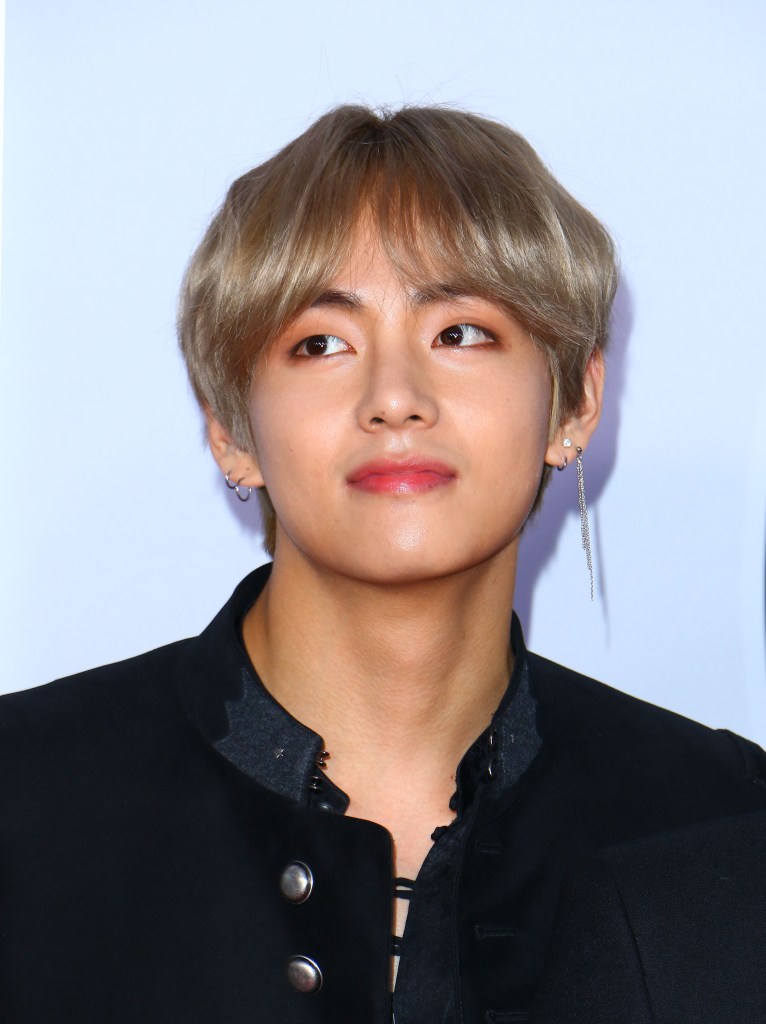 Suga, whose real name is Min Yoongi, started as a rapper under the name Gloss in high school. It didn’t take long for Suga to make a name for himself as both a rapper and a producer. (He was known at the time for producing and composing beats for local artists, like band D-Town, in his hometown of Daegu.) Soon after, Suga started producing tracks for more well-known artists, like Reflow, who worked with Suga on his song “Who Am I.” Suga auditioned for Big Hit Entertainment after he saw a flyer for the company’s rap competition called “Hit It.” Suga didn’t win the competition, but he did take second place, which was enough for Big Hit Entertainment to sign him as a producer and a trainee. Though he planned on only becoming a producer, Suga was convinced to join BTS in 2010 and became one of the band’s rappers. (He’s joked that founder Bang Shi Hyuk “tricked” him into becoming a BTS member.) 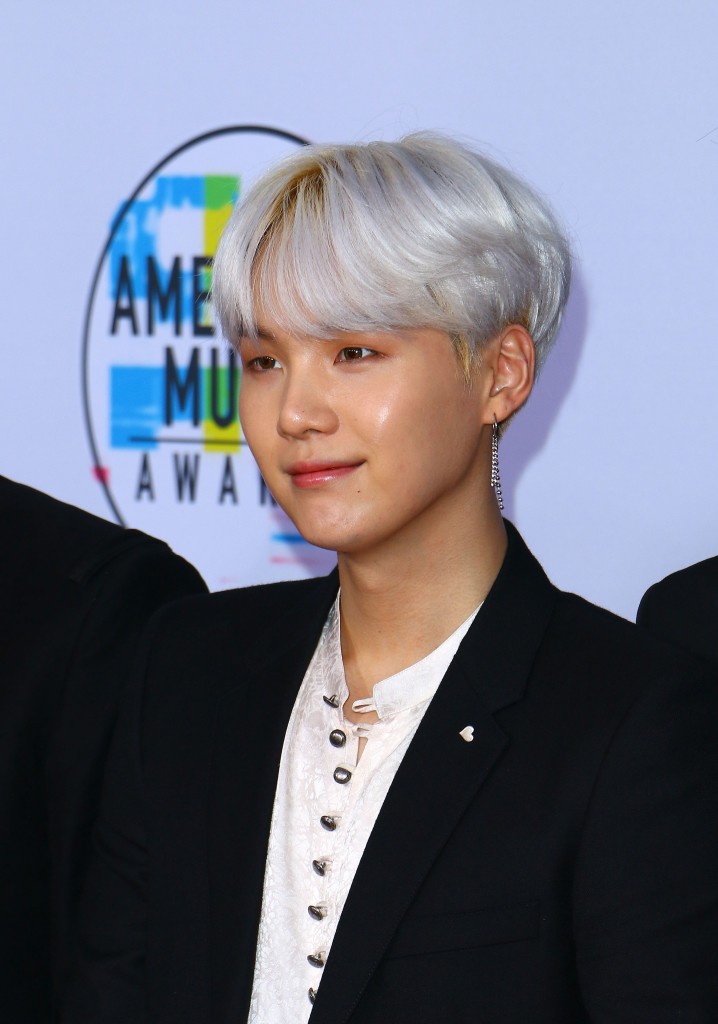 Jin, whose full name is Kim Seokjin, was the fourth member of BTS. Jin was originally scouted by SM Entertainment while on the street of his hometown in Anyang. But, thinking that the offer was a scam, he never followed up with the company. He was scouted again—this time by Big Hit Entertainment—while as a college student. A scout for Big Hit Entertainment saw Jin as he was leaving a bus and convinced him to audition for the company. As a theatre major with no singing or dancing experience, Jin auditioned to be an actor. However, Big Hit Entertainment had other plans and convinced him to become a trainee for BTS. He is now one of the band’s vocalists. Though Jin never planned to become a K-pop idol, we can’t imagine him as anything else other than one of BTS members. 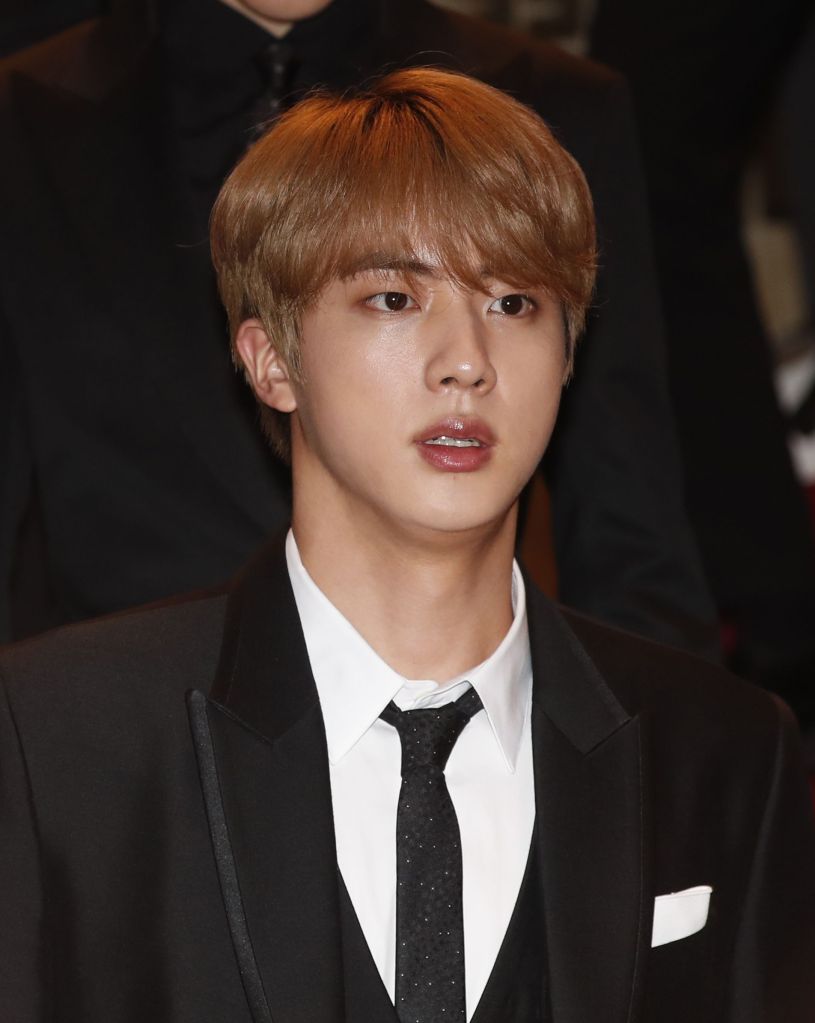 Jimin, whose full name is Park Jimin, was the final member of BTS. While as a student at the Busan High School of Arts, where he studied under the Department of Dance, a dance teacher, impressed by Jimin’s talent, encouraged him to audition for Big Hit Entertainment. After he passed the audition in his hometown in Busan, Jimin was flown to Seoul, where he became a trainee. As the last member, Jimin’s training was the shortest in the band. He debuted with the rest of BTS members in 2013. 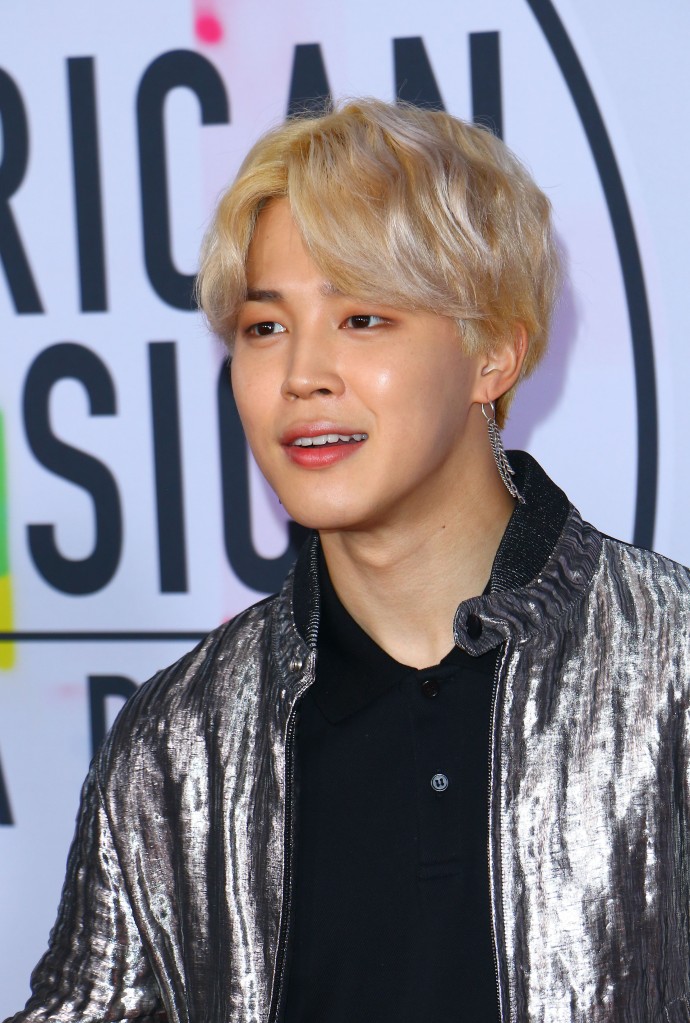 Before BTS, J-Hope, whose full name is Jung Hoseok, was best known as a dancer. He started in the dance crew Neuron in his hometown of Gwangju before he auditioned for JYP Entertainment. Though he made it through a few rounds, J-Hope was eventually cut from JYP, which led him to audition for Big Hit Entertainment instead. Because of his dance skills and his sense of rhythm, Big Hit Entertainment saw J-Hope’s potential was a rapper and signed him as a trainee. However, J-Hope’s debut as one of BTS members almost didn’t happen. While he was a trainee, J-Hope and Big Hit Entertainment almost parted ways until RM convinced them both that BTS needed a member like J-Hope. After that, J-Hope stayed with the band and became one of BTS’s three rappers, alongside RM and Suga. And so that’s how all of BTS members were discovered. 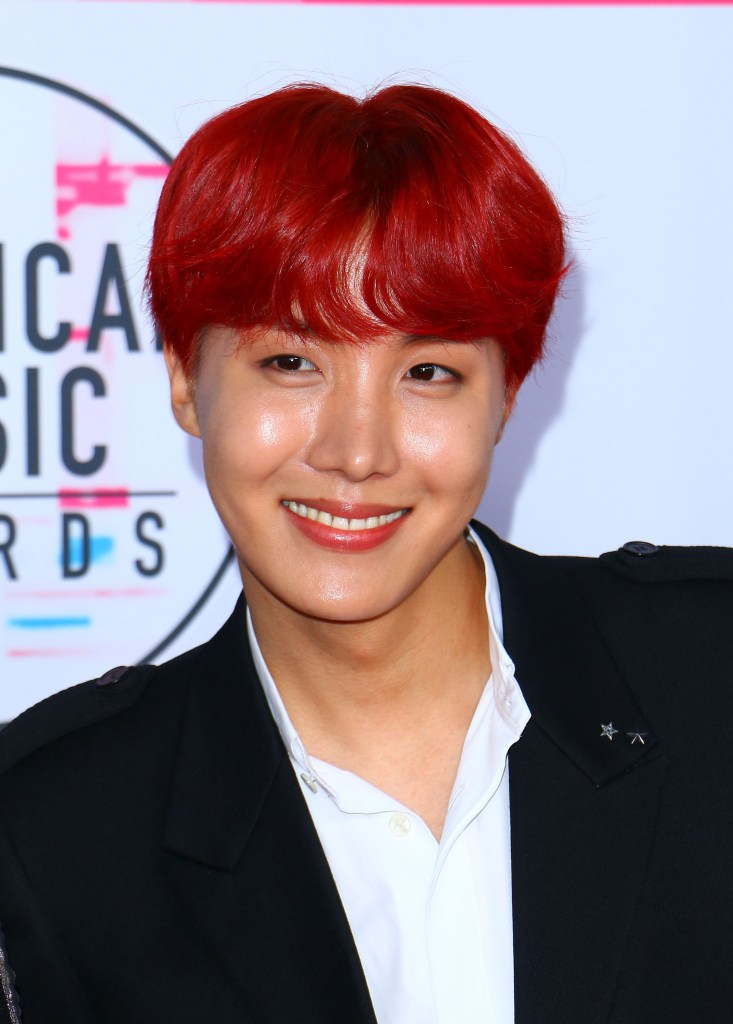 If you’ve ever asked, “How old are the members of BTS?” Let us explain it to you. Ahead, we listed BTS members from youngest to oldest. As we explained earlier, Jungkook is the maknae, as the youngest member, while Jin is the oldest member. (There is about a five-year age difference between Jin and Jungkook.) In a 2020 episode of BTS’ documentary, Break the Silence, Jungkook opened up about how he doesn’t relate to the nickname Golden Maknae, which fans have given because of his all-around skill as a BTS member.

“I envy the image people have of me. People call me the Golden Maknae, but that’s not how I feel, so I have to try harder to make myself appear that way. After all that time since my debut, I think finally I’m trying really hard,” Jungkook said at the time.

As the youngest member of BTS, Jungkook admitted in Break the Silence that he had a hard time being away from his family, but he found new family members in his BTS band mates.

“I moved to Seoul at a very young age and didn’t really have any best friends,” he said at the time. “The members are the ones who are always by my side and the ones I’ve been with the longest. I think they make me feel emotions that are hard to describe. It feels like we’re companions, and they helped me realize what friendship is. Family. They’re not family but they feel like family. There are times when I feel a close connection with them. In the way that water flows, I think we’re all doing a good job of maintaining this balance.”

So there you have it. That’s pretty much everything you need to know about how BTS members were discovered. If it wasn’t clear already, be sure to memorize BTS members names because you’ll continue to hear a lot about them for years to come.