Anyone else been swiping right a lot lately? At this point, I basically consider it my thumb’s daily exercise regime—then, I look back at my matches and wonder WTF I was thinking. How are some dating app red flags so easy to miss at first glance? So often, I start talking to a person and it only takes me a few messages to realize we should’ve never matched in the first place.

Knowing the red flags in advance is key to avoid matching partners who aren’t worth the effort. To lay them all out, we spoke with Gina Hendrix, a matchmaker to celebs and billionaires alike who has served as a Celebrity Relationship Expert on Entertainment Tonight, Extra and E!. Hendrix just launched a coaching program for women—peep her site for the deets—but she took the time to share with us the top ten dating app no-nos that mean a match is just wasting your time. Whether the person is acting shady, uncommunicative or overly sexual, some people just aren’t worth the trouble. Save your swipes for some other lover!

To be clear, just because a person on a dating app isn’t looking for anything serious doesn’t mean they’re necessarily bad. But still! If you’re swiping in an attempt to find The One, you don’t want to waste weeks messaging someone who isn’t interested in playing the long game. If this sounds like you, read on for Hendrix’s advice on what to pay attention to if you’re unsure about a match. 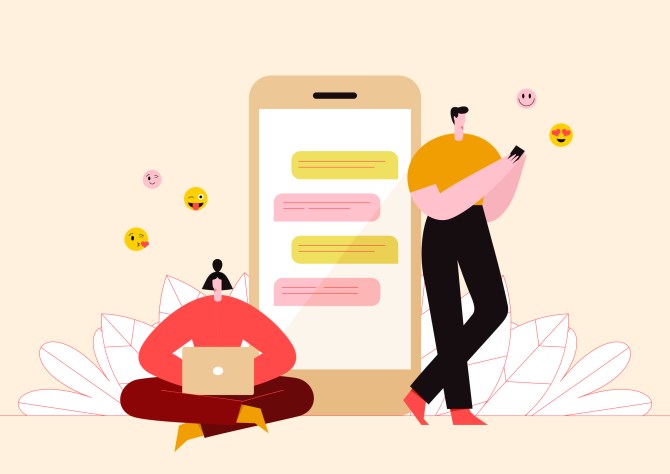 1. They have little information about themselves on their profile.

I know not everyone goes all-out on their dating app profile, group-chatting their BFFs to pick the perfect photos and witty bios, but still! Zero effort is a major no-no. “If they can’t be bothered to open up, they aren’t on the app to make a real connection,” Hendrix confirms.

2. They didn’t put much thought or effort into their photos.

Again, the lack of effort is simply not promising! “They figure, ‘Take me as I am—I’m not going the extra mile to choose good photos—and I won’t go the extra mile for you,'” says Hendrix. TBH, it makes sense. Also on the photo train, beware of too many sexually-charged body shots or dimly-lit selfies. Self-explanatory hard passes, I should think!

3. It doesn’t seem like they even read your profile.

If they start off by asking questions you’ve clearly answered in your bio, don’t wonder if they even read it—spoiler alert, they didn’t. “A person who is accomplished cares about your education, your career and your interests,” says Hendrix. “Those details matter to people who are looking for real long-term relationships.” So, is it a No if they didn’t read your bio? “If they didn’t bother to look at your details, they aren’t interested in you for the long-term,” she insists.

4. They don’t really have anything interesting to say.

Some people are just boring, but that’s not what we’re getting at here! Once again, ladies and gentlemen, say it with me: Effort. “A person who has very little to say or isn’t willing to make an effort to keep the conversation interesting won’t make any real effort to keep a relationship alive or interesting,” points out Hendrix.

5. They always wait a day or more before responding.

People are busy. People have lives. It’s okay to not partake in an instant back-and-forth with your latest match. But if it seems like this person is never free to chat, you’re not totally crazy for thinking the worst. Hendrix’s guess? “They’ve got other partners to attend to,” she says. It’s not always the truth, but you just never know.

6. You have to keep the conversation going all on your own.

Honey, don’t be that girl/boy/person! You’re better than that! “Don’t be the one who has to constantly resuscitate the conversation in order to keep it alive,” warns Hendrix. If they can’t communicate now, then there’s no point in pursuing anything deeper.

7. After a few messages, they want to jump on a video call.

Believe me, I have zero desire to text a person for a month and never see them, but just a few messages in? Relax, buddy. “This is because they want to see if you’ll look like your photos,” explains Hendrix. “This doesn’t necessarily make them a bad person,” she points out, “but you can bet they have a regular routine of doing this.” You might just be another face they’re cross-referencing with a profile!

8. They only want to talk through the app or via text.

On the opposite end of the weirdness spectrum are the people who only want to message. They don’t have the time to meet up, FaceTime, or even take a phone call! According to Hendrix, this could mean there’s someone else in the picture. “They have others that they’re more interested in,” she says, “but as long as you’re willing to be on the back burner, they figure they might as well keep you around.” That’s just not gonna cut it!

9. When you do video chat, they seem distracted.

Are they more interested in looking at you than talking to you? “They’re just not that invested in really getting to know you beyond the surface,” Hendrix confirms. Hang up the FaceTime and go swipe on someone else. This person is not worth it!

10. They try to make your exchanges inappropriately sexual.

This one should be an obvious no-no. Not everything is an opportunity for phone sex, thank you very much! “A person that cares about you won’t take it there right away,” says Hendrix. “A person who doesn’t see a future with you (or doesn’t want a future with you) will.” I’m all for shooting your shot, but being respectful is key.