Blast from the past. Bradley Cooper’s dating history includes more A-listers than we expected. In his two decades in Hollywood, Cooper has been married once and has been in a relationship with one Oscar winner. In honor of his dating history in Hollywood, we thought we would look back on each of Cooper’s famous exes, from J-Lo to Renée Zellweger. But before we do so, let’s break down the rumored relationships that never came true. (Yup—We’re talking about 2019’s Gaga Gate.)

In October 2018, Cooper starred with Lady Gaga in a remake of A Star Is Born, which he also directed. The film went on to receive eight Oscar nominations, including acting nods for both Cooper and Gaga. Throughout awards season, fans wondered if the two (who were both in relationships at the time) were more than just costars, especially after their Oscars performance of “Shallow” which saw them eye fuck (more or less) on stage for almost four minutes. In an interview on Jimmy Kimmel Live! at the time, Gaga explained that the performance was simply acting. “I mean, we made a love story,” she said at the time. “For me, as a performer and as an actress, of course we wanted people to believe that we were in love. And we wanted people to feel that love at the Oscars. We wanted it to go through through the lens of the camera and to every television that it was being watched on. And we worked hard on it, we worked for days. We mapped the whole thing out—it was orchestrated as a performance.”

But Gaga wasn’t Cooper’s only costar who fans wondered if he was dating. In August 2020, a year after his divorce from Irina Shayk (more on her later), Cooper was photographed with Jennifer Garner at a Malibu beach and his daughter, Lea De Seine, who was 3 years old at the time. The photographs led fans to wonder if the two—who costarred on the TV series Alias in the 2000s—were a couple. Again, they were just friends. “They are friends and have been forever,” a source told Us Weekly at the time. 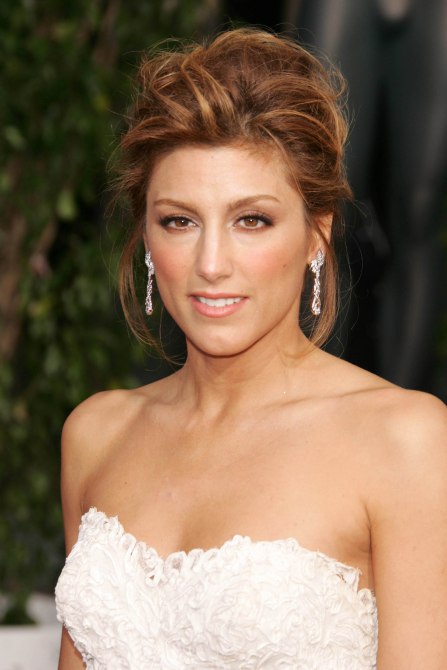 Cooper and Esposito, an actress who’s best known for her roles in films like Crash and Taxi, started dating in February 2016. People confirmed their engagement in October 2006, and by December 2006, the two were married after a secret wedding in the South of France. Their marriage lasted less than a year, however, when Esposito filed for divorce only four months after tying the knot. She cited irreconcilable differences. “Jennifer Esposito has filed for divorce. She asks that you respect her privacy at this time,” Esposito’s rep said in a statement at the time. Cooper’s rep, for his part, released a statement saying, “The divorce was mutual and they’ve been separated for quite a while.”

In her 2014 memoir, Jennifer’s Way: My Journey with Celiac Disease — What Doctors Don’t Tell You and How You Can Learn to Live Again, Esposito claimed that one of her exes (which many assume to be Cooper) was a “master manipulator.” “He was funny, smart cocky, arrogant and a master manipulator,” she wrote. “I didn’t necessarily find him that attractive, but I figured that I could enjoy his sense of humor and nonsense for a while.” She continued, “We had fun, but he also had a mean, cold side. His personality could flip on a dime.”

Though Esposito has never revealed the identity of the ex she’s talking about, she did tell People at the time that the relationship had “an entire marching band squad of red flags.” In 2019, Esposito commented on an Instagram that David Spade posted of Cooper and Gaga during their Oscars performance. “Is there any chance these 2 aren’t fucked?” Spade wrote in the caption, to which Esposito commented, “Ha.” 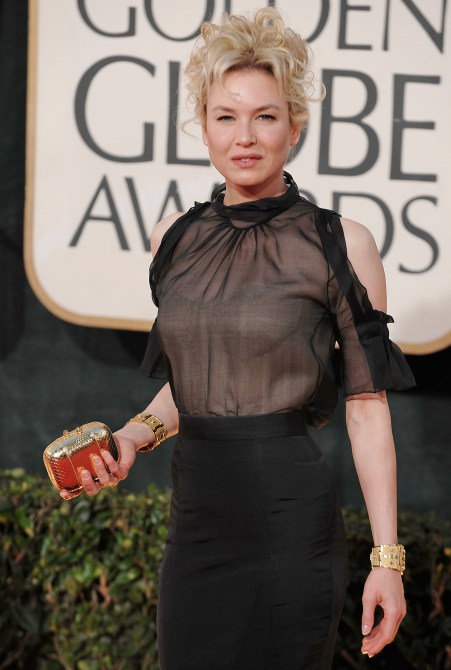 Zellweger and Cooper started dating in 2009 after they met on the film Case 39 in 2006. The film was released in 2010. Though the couple kept their relationship private, Cooper told Entertainment Tonight in 2010 that he “loved coming to work and acting with her” because he could “learn so much from her.”

After two years of dating, several outlets confirmed that Zellweger and Cooper had split in February 2011 after they attended a pre-Oscars party without each other. A source told The Daily Mail at the time that the couple separated over Cooper’s acting career. “If I had to pick any possible mistress it would be Brad’s career. He worked really hard to get into leading man status,” the source said.

A source also told Us Weekly at the time that Zellweger broke up with Cooper after she didn’t see him reciprocate the same effort in their relationship for her, noting that the Bridget Jones’s Diary star moved from New York to Los Angeles to be with him. “Renee had to take a backseat. She travelled with him to make it work. She’s accomplished a lot of her professional goals,” the insider said. “So Renee took some time out to be a great girlfriend and see if this is what it took to make a relationship work. She stopped fighting. It was just not working out.” Cooper and Zellweger reunited at the 2019 Oscars, where they were both nominated. The two were photographed hugging. 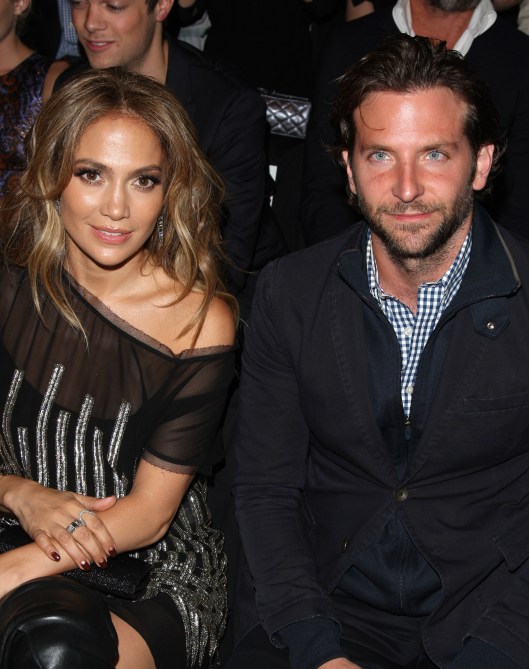 TMZ reported in September 2011 that Cooper and Lopez went on a date after her split from her husband at the time, Marc Anthony, that year. The site reported at the time that the two went on a date the restaurant Per Se at Columbus Circle in New York City. The Mirror also reported in 2011 that the two were photographed in Cooper’s car in Los Angeles. It’s unclear how long Cooper and Lopez dated, but it seemed like the romance was nothing more than a fling. 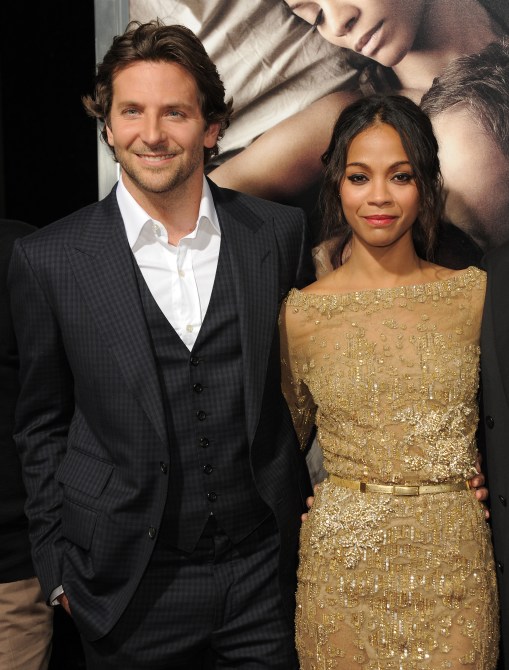 Cooper and Saldana started dating toward the end of 2011 after meeting on the set of the film The Words, which was released in 2012. Their relationship came soon after Saldana’s split from her fiancé at the time, Keith Britton. “Bradley is a very dedicated and open professional,” Saldana told The Hollywood Reporter at the time about her on-screen chemistry with Cooper. “It’s really good when you can balance that with an actor as opposed to an actor that just comes prepared and just goes, ‘don’t fuck up my light’ and ‘this line is my close-up.’ We didn’t care where was the camera was,” she said. “It was just like we were both part of this extensive conversation.”

Four months into their relationship, Saldana and Cooper split in March 2012. “They broke up last week,” a source told E! News at the time. “He dumped her, he just doesn’t want to be in a relationship at the moment…They have a great friendship, a natural chemistry and it was for that reason their relationship was able to grow into something more. But the timing was wrong, they are in different places in their lives.” The two got back together in September 2012, with a source telling Radar Online at the time that Cooper’s mom Gloria convinced him to “win her back.“

Then, in January 2013, it was confirmed that Saldana and Cooper split again after the actress spent the holidays with Cooper’s family. “Zoe had planned to spend the holidays with Bradley and his family in Europe. They all were going to Paris, but things didn’t work out between them,” a source told Page Six. “Zoe spent New Year’s Eve with friends in Miami.” 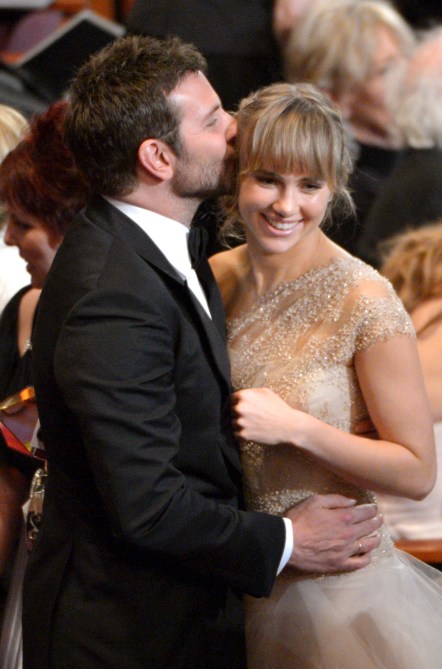 Cooper and Waterhouse were first linked in March 2013 after they were photographed on a date in Boston. Though they kept their relationship private, Cooper took Waterhouse as his date to the 2014 SAG Awards. She returned the favor by having him escort her at a White House dinner in February 2014. “I don’t talk about my boyfriend because it’s boring,” she told Elle UK in 2013. “But we did meet at the Style Awards, I ll give you that. Look, maybe it’s best for me to say, ‘I’m not one of those girls who goes on about their boyfriends.’ I do think whatever I say will sound weird. But the truth is, if I start talking about him, I probably won’t be able to stop. And I don’t really want to talk about him, you know?”

Cooper and Waterhouse split in March 2015. A source told People at the time that the couple were seen at Nobu Malibu a couple months before their breakup where they “didn’t seem affectionate” during their meal. 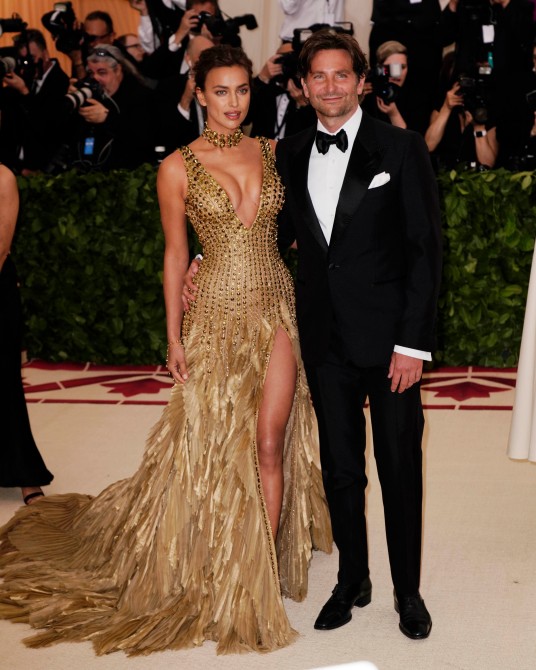 Cooper and Shayk started dating in the spring of 2015. The two welcomed a child, a daughter named Lea De Seine Shayk Cooper, in 2017. In an interview with Glamour UK in 2019, Shayk opened up about why she’s so private about her relationship. “I have a lot of friends who share a lot of their personal life on Instagram or social media, very publicly. I admire it and I think it’s great—but I think it’s all about personal choice,” she said at the time. “Because my work requires me to be out there, I just decided my personal life will be quiet. That’s why it’s called personal, because it’s something for you and your family, and I feel happy with it.”

Shayk and Cooper split in June 2019. People confirmed their breakup at the time and also reported that Cooper and Shayk planned to share custody of their daughter after their split. “I think in all good relationships you bring your best and your worst — it’s just the nature of a human being,” Shayk told British Vogue in January 2020 of her breakup from Cooper. “Two great people don’t have to make a good couple.”

A source told Entertainment Tonight in June 2019 that Shayk and Cooper split over the actor’s lack of commitment. “Irina truly had high hopes for their future together and felt once the baby was born they would find the time to marry but that never came to fruition. She wanted more from Bradley in every way. But she was unhappy and felt he spent too much time working,” the insider said at the time. “Recently Irina decided enough is enough. She didn’t feel she was getting the level of commitment she wanted and the endless fighting made their life unbearable. They are very different people and once they realised it was the baby that was holding them together, it was time to call it quits.”

The source continued, “They haven’t been getting along for quite some time and seemed to be holding on to their relationship for the sake of their daughter. Those closest to them had high hopes that when Bradley completed promoting A Star is Born, they would find time to work out their differences, but things only got worse. Some of their friends feel they never truly got a chance to know each other outside of being a family, and it was just all too much too fast.”