My journey to becoming a black woman in wellness was a long one, and not exactly something I’d had planned out from the get-go. After eight years in corporate retail, I decided I’d had enough. I was tired of being passed over for promotions and getting backstabbed by the people meant to be advocating for me. When you’re the only person in the room that looks like you, it’s natural to feel like you just don’t fit in.

Of course, living in New York City, I couldn’t just outright quit with no job or plan—my mother had worked way too hard for me to be so impulsive. A Jamaican immigrant, she had only a 7th grade education when she arrived in America. She went from cleaning planes to putting herself through school, getting a B.S. in business and becoming a badass anti-money-laundering consultant, all while raising me on her own. Even if she would’ve supported me leaving my job, after you watch someone boss up like that, the idea of quitting because of a little adversity just feels off the table. So instead, I made a plan.

Actually that’s a lie. I lit a candle and begged the universe to show me what I was meant to do with my life. If I’m completely transparent, I begged with a mixture of tears and anger. At that moment (yes, I remember it very clearly, as it was a major turning point in my life and my Saturn return), I felt spiritually abandoned. I had worked hard for so many years, and my dreams of having a seat in a boardroom seemed further and further away as each year passed. The worst part was, I couldn’t pinpoint exactly why I wasn’t succeeding.

My work performance was never an issue; I was always praised for going above and beyond, active in task forces and held in top executive favor. But when promotions were discussed, it never seemed to be my time. “You are already operating at that level, it should be any moment now,” I was repeatedly told. That moment just never came. So, I lit my candle and asked for whoever was up there to convince me that I had not wasted eight years on a path that was not going to lead me to a C-suite title. I needed some assurance about what I was to be doing with my life. For the next week, I wait not-so-patiently for the candle to go out and for some sort of epiphany or sign to appear in place of its flame. 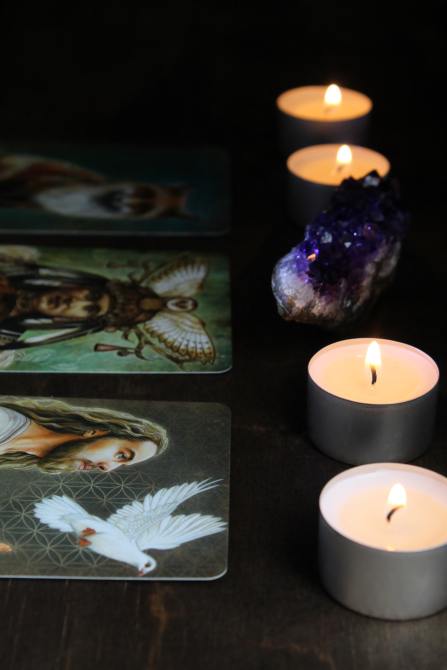 At the time, I had been studying Astrology on the side for about six or seven years. I knew I loved it, but I could not for the life of me figure out how Astrologers made money—especially Astrologers that looked like me, as I knew not one Astrologer of color at the time. I certainly had a desire to pursue Astrology as a career, but I wasn’t certain in the stability of that route to pay my student loans and guarantee food on my plate.

Around the time I was debating quitting my job, I was also getting into crystals, candle magic and all sorts of metaphysical practices. Here I was, a woman with this numbers-heavy, analytical, data-focused retail background, secretly in love with crystals, Astrology and shamanism. I could not for the life of me see how they could ever worked together. Then, out of nowhere, the candle I lit went out and all the pieces began to fit together in my mind. I woke up knowing exactly what I was meant to do.

The candle’s flame had diminished, but a new fire had been ignited inside of me. I started my own business, My Little Magic Shop, and threw my whole heart into it. I began MLMS with such passion and fortitude that past grievances with my corporate retail job no longer provoked me. I didn’t care about promotions or elevations. I cared only to get my work done well and to make my business as great as I possibly could. At the end of the day, my goal was to grow my business large enough that I could promote (and pay) myself.

A post shared by My Little Magic Shop (@mylittlemagicshop)

I entered the wellness industry with optimism and excitement—this was my world after all, one of light and love, acceptance and kindness, growth and evolution. That is, until I started trying to make friends—very quickly, I started to feel that same sense of being out of place that I had felt while working in retail. Again, I stood out like a Hershey’s Kiss, half-melted on a fuzzy beige blanket.

Even in an industry I loved, I felt stuck on the wrong side of the velvet rope, wondering if someone would ever take my hand and let me inside. Feeling unwelcome in the wellness shocked me; frankly, it really hurt my feelings. Here were these people, claiming to be spiritual and woke and evolved, still making a habit of shutting out folks that didn’t look like them out.

I found that there were actually lots of people of color pursuing wellness careers—just very few partnerships between them and the many popular, well-known white faces of wellness. I can’t tell you how many events I’ve attended with only white people on their panels. I can’t name even one wellness company with major funding that has a Black founder. Many healers come from indigenous backgrounds, and their teachings are adapted by white people without much credit, then shared to millions as if the indigenous sources never existed.

Spirituality isn’t all love and light—true healing is painful, messy and difficult. It requires looking at our shadows, prejudices and fears with a willingness to confront and release it all. Still, I see arguments posted in spirituality-based Facebook groups regarding whether or not Black Lives Matter should be discussed in these group spaces. Many see the movement as a political issue only, not a personal one. People in wellness aren’t sure if people dying at the hands of the police is worthy of discussion? For such seemingly “woke” people, I feel this shouldn’t even be a question. 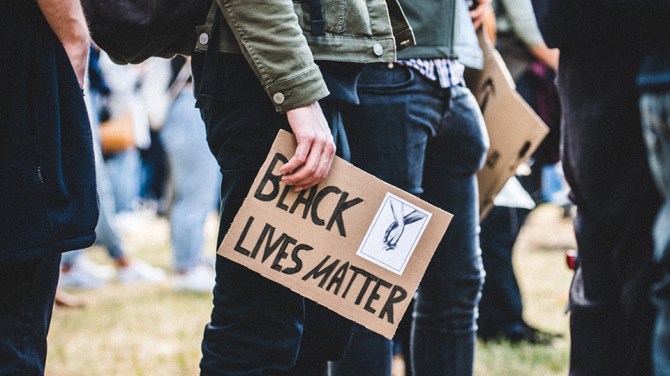 Spirituality and wellness are not on the sidelines as we fight for racial equality. Members of this industry need to understand what people are fighting for (human rights) and then examine how they themselves might be are perpetuating, encouraging or being otherwise complicit in these injustices. They need to do better. Spirituality, at its core, is love; it is loving all people as deeply as you love yourself and those that look like you. People within the wellness space should understand this—or at least, I’d expected them to. In the end, I suppose many are just people doing their jobs, making a living as in any other industry.

Just as I once felt I had no direction when it came to my career, I feel now a little lost about how to marry together my Blackness and my love for spirituality, Astrology and wellness. I could let my community’s failings and my feelings of Otherness deter me from my mission—let them rattle my self-confidence and keep me feeling uncomfortable in my Blackness—OR I could be the most authentic version of myself, and commit myself and my company to being the most inclusive tribe of magical thinkers ever.

Of course, I’m doing the latter. Why? Because I make my own damn magic.