Unpacking everything there is to know about the Hermés Birkin bag price can be a bit of a whirlwind—so strap in, because we’re about to walk you through it. The Birkin is arguably the most famous and coveted luxury handbag on the market, and it isn’t the kind of piece you can go pick up in a store or order online on a whim. The Birkin bag is, in many ways, a modern status symbol, and securing one for yourself takes patience, prowess, determination and a lot of extra coin.

For anyone who’s ever added photos of a Birkin bag to their Pinterest boards or sat and scrolled through pages and pages of Birkin resellers, you understand just how special these luxury bags truly are. If you’re new to the Birkin game, though, welcome. I know it might seem a bit over-the-top at first, but once you learn this bag’s iconic history, you’ll understand why it’s so coveted (and so expensive). As we venture down the rabbit hole that is the world of Birkin bag pricing and history, you’ll see why, exactly, it has become the most sought-after accessory of the last four decades.

Keep reading to find everything you ever wanted to know about the Birkin bag. Whether you’re simply interested in how one handbag became a sartorial status fixture or actually want the tea on ways to score one for yourself, there are answers galore below.

What Makes A Birkin Bag So Special?

The introduction of the Birkin bag dates back to the 1980s, when Jean-Louis Dumas—the executive director of Hermés from 1978-2006—met the British actress Jean Birkin on a flight from Paris to London. After Birkin’s belongings all spilled out of her bag when she tried to put them in the overhead compartment (honestly, relatable), she confided in Dumas that she’d never quite found a leather weekender bag she actually loved.

So, in 1984, Jean-Louis Dumas designed a leather bag for her. Jean Birkin used the bag for a while, but eventually stopped—due to the fact that she was carrying so many items in the bag, it became too heavy. At that point, though, it didn’t matter. The bag had already become a fashion must-have and status symbol. Exclusivity definitely plays a part in both the Birkin bag cost and the reasons it’s so coveted—but it all started with one international flight.

How Many Birkin Bags Exist?

According to the New York Times in 2019, there are now around a million Birkin bags in existence. The data comes from Luca Solca, who’s a senior analyst for luxury goods at Bernstein (a company that does investment research and management)—but it’s not exactly what it seems. Yes, there are a good number of Birkin bags floating around, but many are from resellers and don’t come directly from Hermés. So although they’re authentic Birkin bags, many have been purchased (and oftentimes used) before being sold to new buyers—and sometimes at a higher cost than the original.

When it comes to Birkin bags straight from Hermés, you’ll have a much harder time getting your hands on one. The bags are made in limited quantities—around 12,000 per year, according to CNBC—and are typically reserved for elite clients. 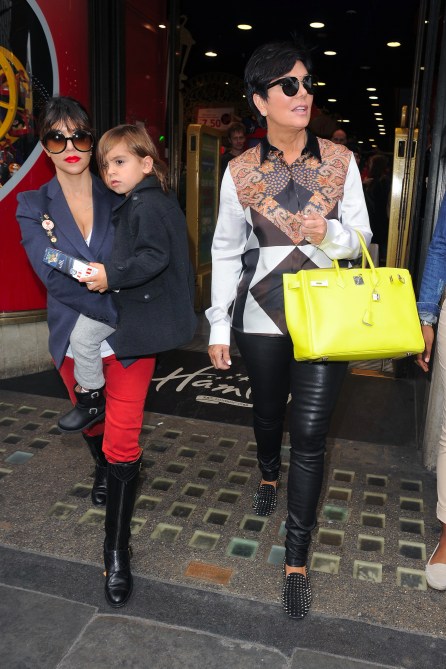 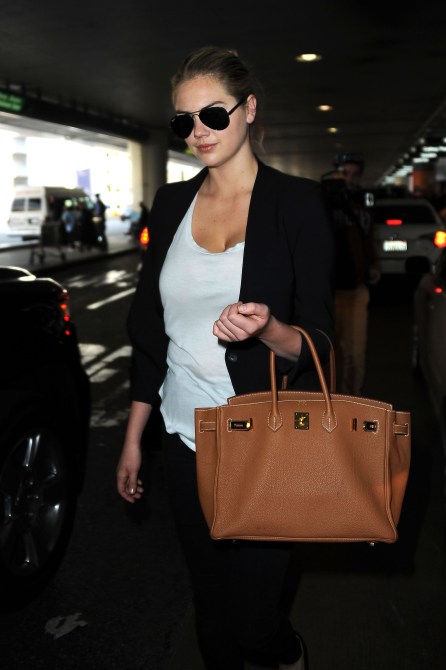 From wealthy fashion collectors to celebrities and reality stars, plenty of big names own Birkin bags. While a few average people might have saved up to splurge on one (Most of us would have to save for years and years), most of the folks who buy Birkin bags already have the cash. In addition, most Birkin bag owners are A-list celebrities who love to show off their bags on social media and in paparazzi photos.

If you look for them on social media, you can definitely find plenty of celebrities who have bought bags for themselves. You’ll likely see everyone from reality stars like the Kardashians and Jenners (and their kids! Stormi has one, as does Cardi B’s daughter, Kulture.) to YouTuber and cosmetics company owner Jefree Starr sporting these bags on Instagram or while they’re out and about running errands (So casual, right?).

What If I Want To Buy One?

Unfortunately, Birkin bags aren’t something you can just order from the Hermés website or pop into one of their boutiques to purchase. Though Hermés makes around 12,000 new bags a year, there’s a waitlist—which you can sit on for years without ever getting approved. If you remember the iconic moment in Sex and the City when Samantha tries to lie her way to front of the Birkin bag waiting list, she ends up losing the bag to her client, Lucy Liu. Sadly, this isn’t far off from reality. High-profile clients—like celebrities, socialites, athletes and other A-listers—are often given priority, and even they can have a hard time securing the exact style they want.

So Wait, How Much Do They Cost?

In 2019, a Hermès Himalaya Birkin sold for $500,000 (a record-breaking deal that actually took place over social media, according to Business Insider)—but the cost of a Birkin bag hasn’t gone above that. (Phew!) Even still, Birkin bags are an investment piece, and can cost around $12,000 on the low-end and $200,000 on the high-end. So, you’d need at least an extra $10k lying around before you can even think of purchasing your own Birkin bag.

If you’re not patient enough to sit on the waitlist—or don’t have tens of thousands of dollars to spare—you can always try your luck on reseller sites like The RealReal or Vestiaire Collective and see what you find. Occasionally, there are used Birkin bags under $10,000, so you never know!

Can I Get A Similar Look?

Fortunately, plenty of designers have similar bags you can shop at a lower cost—and straight from their site or store. No one loves a knockoff, but if you’re itching for a Birkin-esque structure with a top handle and clasps, you can definitely find it. Shop the bags below to get a similar look to that of the iconic Birkin bag. 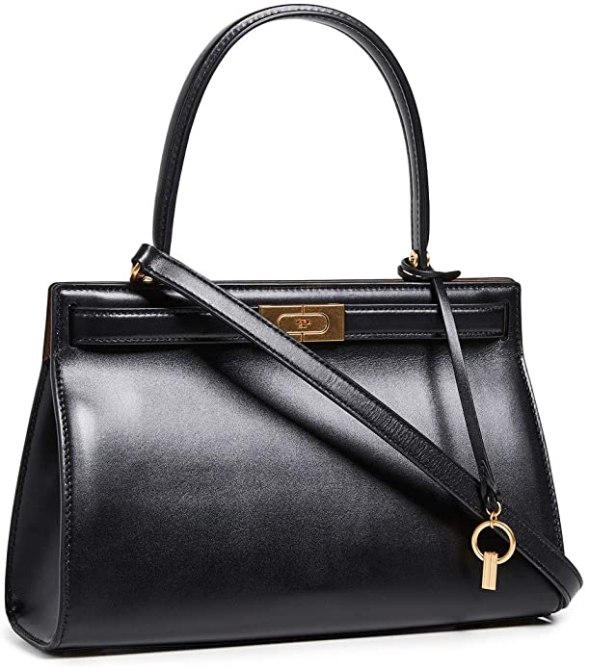 This Tory Burch small bag
has a similar silhouette to the Birkin bag—though the size differs a bit. If you want a structured bag that isn’t too big (and under $1k), this is a chic option. 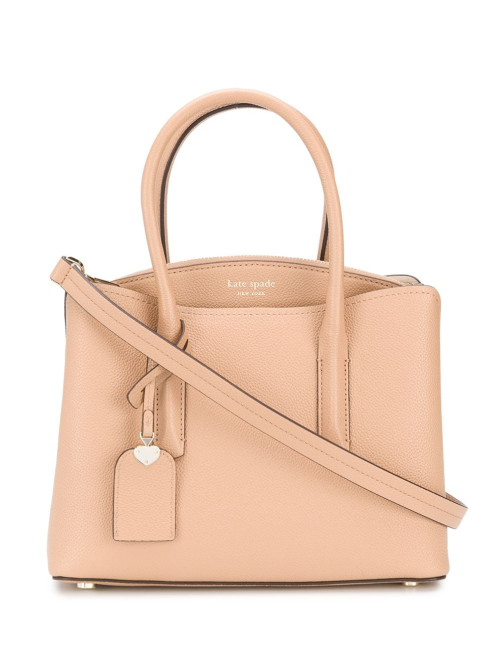 This mini tote from Kate Spade is another fun option if you want to get the look for less. The top handle detail is definitely reminiscent of the Birkin bag. 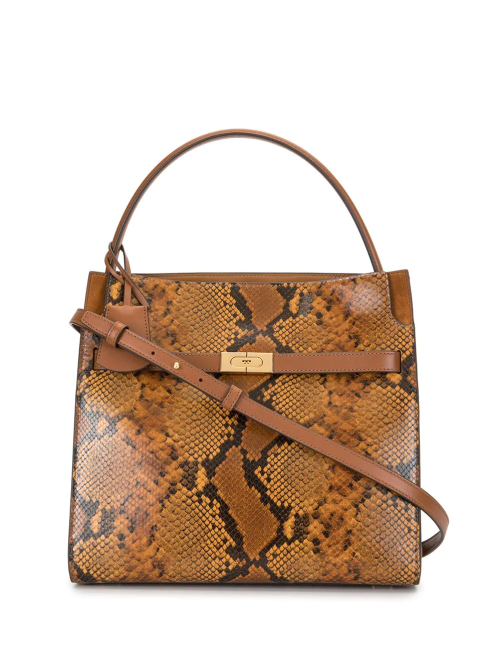 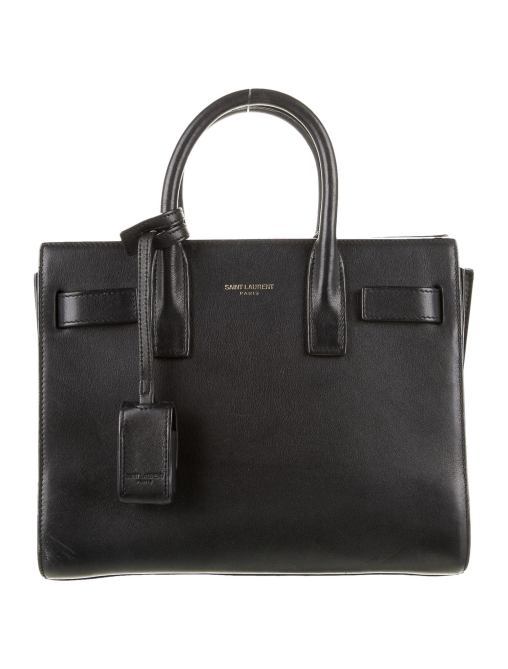 This gorgeous Saint Laurent bag is considered to be a Birkin copycat—but for way less than you’d pay at Hermés. It’s still pricey—even used—so start saving!