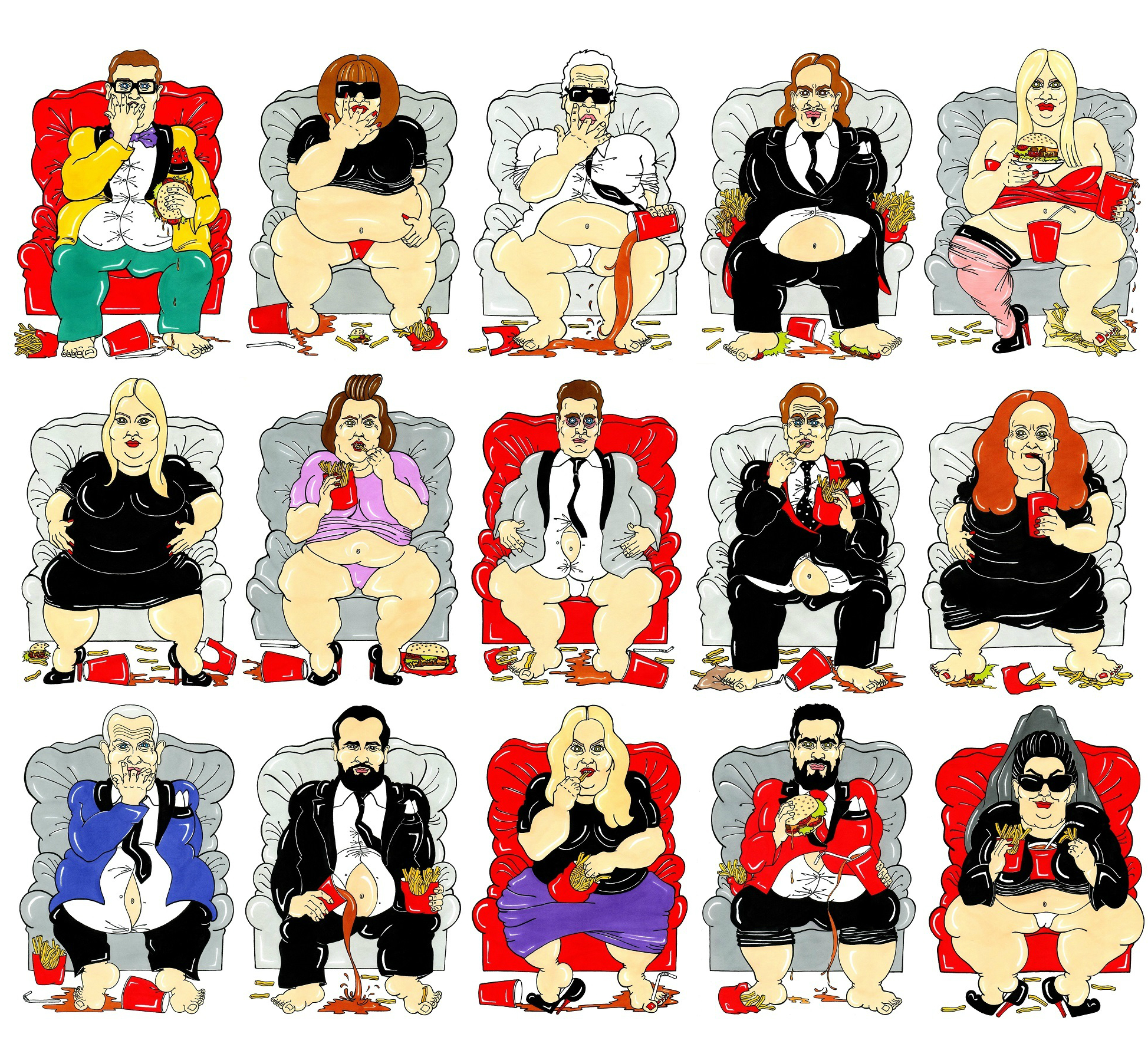 Here’s something to make your Thursday morning a little more interesting: Italian artist AleXsandro Palombo decided to address the issue of weight in fashion by drawing style icons as extremely overweight.

Palombo’s aim here is to shine a spotlight on the issue of fat in fashion, something that’s extremely—and unnecessarily—taboo.

“Some time ago, two famous fashion magazines asked me to [create] some artwork to publish. Once delivered, they asked me to redo them because I had drawn normal silouhettes instead of skinny people and that they wanted them more skinny  for their readers. That was the first reason why I’ve decided to make this series,” the artist told us. 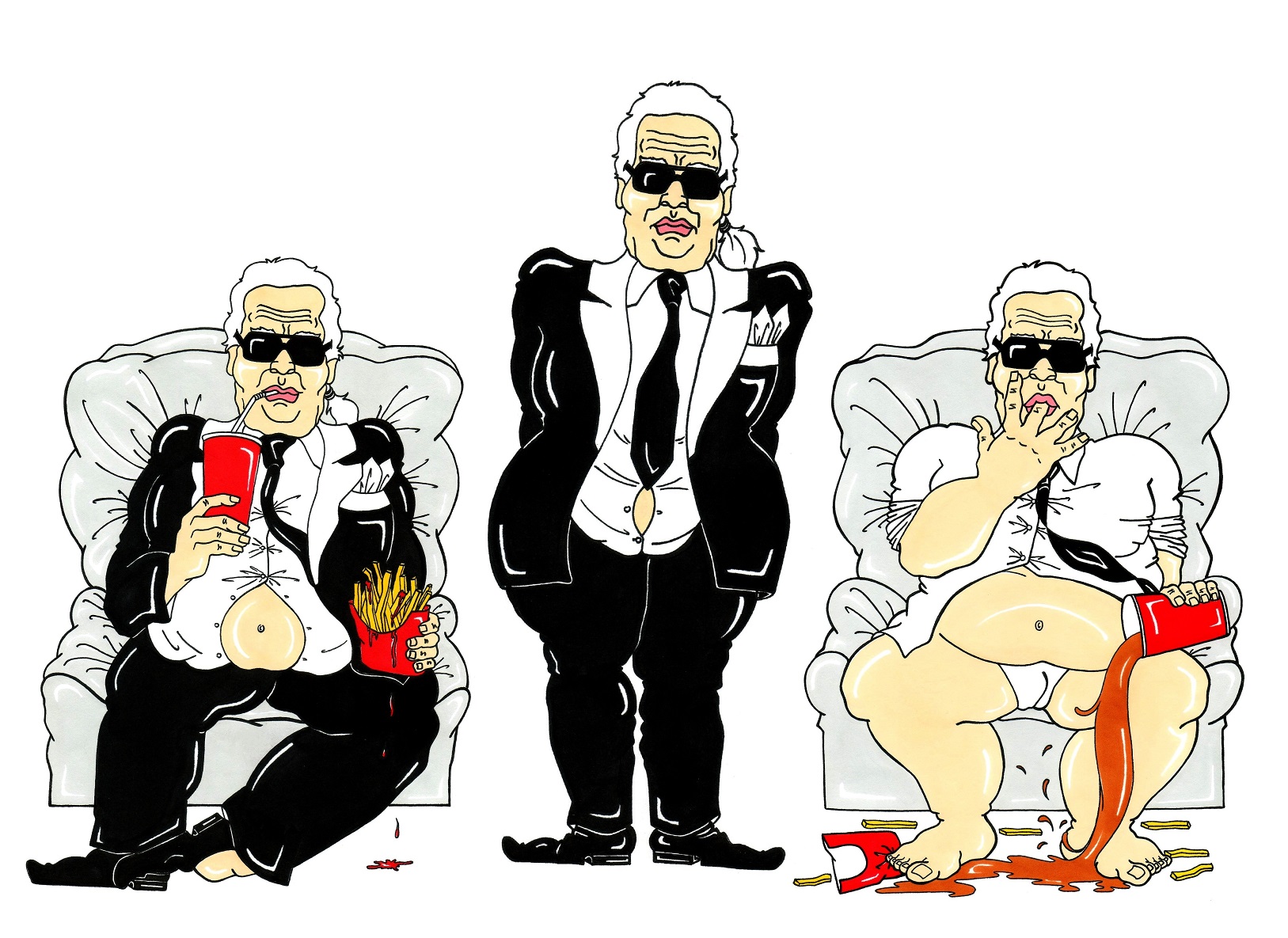 It’s fairly ironic that Lagerfeld is included, considering the Chanel honcho has recently come under fire for his comments about “fat” people, despite the fact he he used to be quite overweight himself.

“I’ve loved bringing back Karl Lagerfeld in his original silhouette,” Palombo told us.

There’s definitely a jolting quality to Palombo’s humorous works, and we’re looking forward to seeing his next installment!

What do you think of Palombo’s latest work? Let us know below!