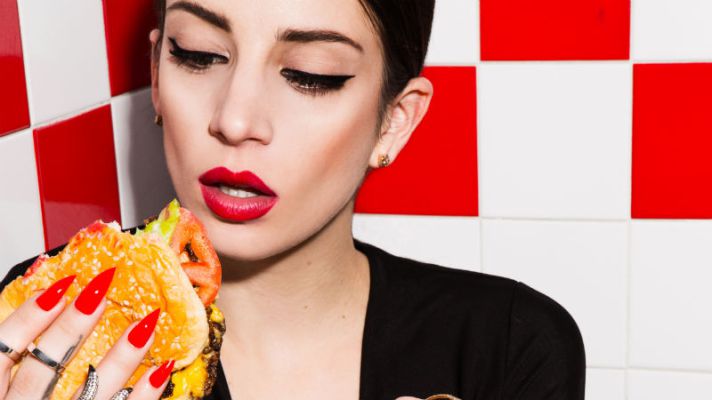 If you were under the impression that it’s a lower-calorie choice to hit up Panera, Chipotle, Five Guys, or another “fast-casual” restaurant over a straight-up fast-food chain such as Wendy’s, McDonald’s, or Burger King—surprise!—you’re wrong. New research shows that entrées at the former restaurants had “significantly more calories”—about 760—than fast-food equivalents, which averaged about 560 per dish.

The study, published in the Journal of the Academy of Nutrition and Dietetics, compared the calorie content of entrées at 34 fast-food chains to 28 fast-casual restaurants, for a total of 3,193 different meals. If you’re wondering what “fast-casual” means, it refers to the category of restaurants that “do not offer full table service, but promises a higher quality of food with fewer frozen or processed ingredients than other fast-food restaurants,” according to Wikipedia. For example: Au Bon Pain, Chipotle, Cosi, Panera, Qdoba, Tim Hortons, and many, many more—this is America, after all.

The one saving grace of this study is that the researchers looked only at calorie count, not nutritional content. As Danielle E. Schoffman, a researcher with the Department of Health Promotion, Education, and Behavior at the University of South Carolina, told Reuters Health: Some fast-casual entrées that have healthy ingredients, such as brown rice and veggies, are often served in large portions that are double the size of an ideal meal.

Ultimately, the study probably won’t stop you from your indulging your Chipotle addiction, but do it armed with a plan that you won’t scarf everything on your plate.