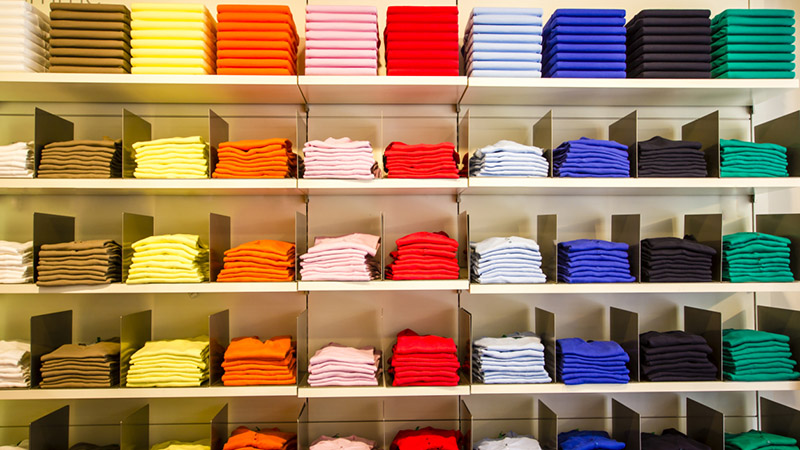 During the last few years, there’s been a huge push toward consuming eco-friendly clothing, but there’s something else to be equally concerned about: Where our our clothes being made and by whom. Enter the second annual Fashion Revolution Day—taking place Friday, April 24—which is being heralded as the day to ask “who made my clothes?”

Starting at midnight, participants in the movement will turn their clothes inside out, snap selfies of themselves using the hashtag #whomademyclothes, and post them to Instagram and Twitter as a way to proclaim to fashion brands that there is consumer demand for ethically-made garments. It’s a response to recent tragedies, including the Rana Plaza disaster in Bangladesh, a factory formerly used by Joe Fresh and J.C. Penny, in which 1,100 factory workers were killed in 2013.

The hope is, with enough momentum, that clothing companies will be forced into more transparency, and begin en mass to release information about where their clothes are actually being produced, be it a Bangladesh sweatshop or a Los Angeles factory providing livable wages.

It’s a commendable effort—who wouldn’t want to support companies providing living wages versus ones that are more sinister?—but it’s important to realize that few brands actually know where their clothes are being produced to begin with. The Rana Plaza disaster shed light on that firsthand, with many companies not even realizing their goods were being made in that factory until days after the tragedy.

Now, why was that? Many of the companies that we assume are clothing manufacturers don’t actually make anything, but rather design, market, and sell the clothing, contracting out the actual manufacturing to independently-owned factories. It gets even more complicated once you take into account that many factories then subcontract work to other factories, making the supply chain increasingly murky and extremely difficult to police.

And it doesn’t end there. The factories where clothing is cut and sewn into final garments is actually the last step in the production process. Before that, there’s the farm that produces the cotton or wool that the garment is made from, the factory that cleans that fiber, the factory that turns that fiber into yarn, and the factory that weaves or knots the yarn. It shouldn’t be too surprising, then, that the factories in this far more obscure part of the supply chain are often subjected to the worst working conditions.

So, what can you do? The easiest short-term solution is to reward the brands (with your purchasing power, of course) that are already dedicated to providing their customers with a transparent supply chain. E-commerce site Everlane, for instance, gives the full story of every factory it uses on its site. L.A.-based fashion favorite Reformation uses a combination of sustainable and vintage fabrics for its line, which is made entirely in Los Angeles. And e-commerce site Zady works with U.S. partners in every step of its supply chain from the farmers to the knitters, and tells their unique stories on its site.

The long-term solution is to continue to demand transparency at all levels long after Fashion Revolution Day has passed on your Twitter feed. Don’t be afraid to ask pointed questions to sales associates like “What are your labor policies at the farms that supply your cotton?” (you might get a weird look, but trust us—this will get passed on to management in some form.) Not only do you, a consumer, have a right to know, but the brands need to be aware that shoppers are out there asking these important questions.

Bottom line: Let’s keep asking “Who Made My Clothes” until we get some real answers.