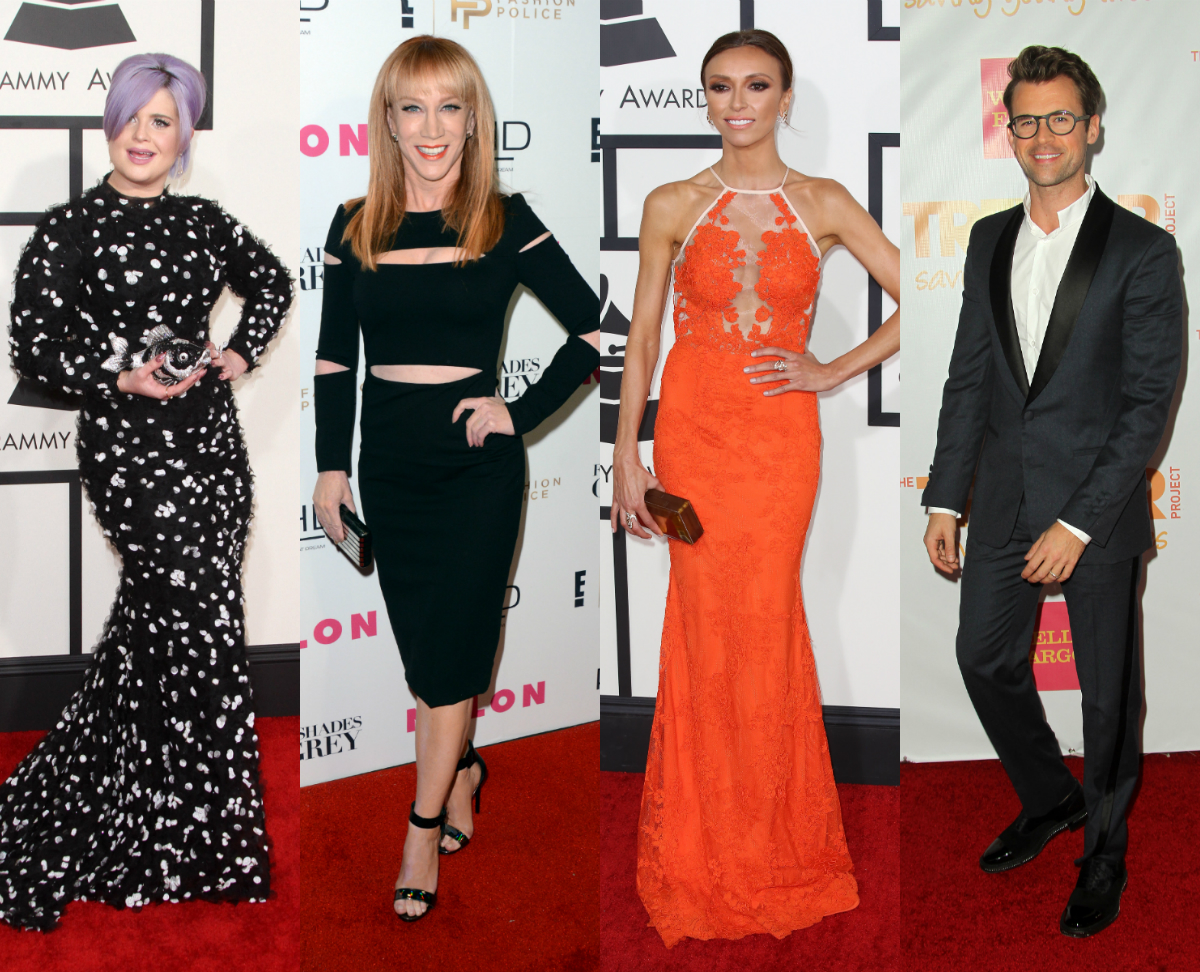 In some not-too-surprising news, it was announced that “Fashion Police” will be taking a hiatus until September following the departure of co-host Kelly Osbourne and lead host Kathy Griffin, the latter of whom left after only 7 episodes.

“We look forward to taking this opportunity to refresh the show before the next awards season,” E! said in a statement released Tuesday. “Our talented co-hosts Giuliana Rancic and Brad Goreski, along with executive producer Melissa Rivers, will continue their roles as we evolve the show into its next chapter for the legions of Fashion Police fans around the world.”

Clearly, more than a few factors had a hand in the show’s recent decline, not least of which was former host Joan Rivers’ sudden death in September 2014, followed by Rancic’s comments about teen star Zendaya‘s dreadlocks at the Oscars, quipping that her hair made her look like she “smelled like patchouli oil … or weed.”

The gaffe—widely considered racially insensitive—became a PR nightmare for the network and for Rancic’s personal brand (talk about bad timing—she’s on the verge of promoting a new book), and although she apologized, it seemed to be a tipping point for Osbourne, who announced she would be leaving the show after five years.

Griffin’s departure occurred soon after, with the comedian saying on Twitter, “After seven episodes of Fashion Police, I discovered that my style does not fit with the creative direction of the show and now it’s time to move on.”

While the network diplomatically said the breather is a chance to “refresh the show before the next awards season,” it remains to be seen if the show can recover from the drama of the last few months.