With the end of any worldwide event should come a skeptical analysis of where things were done well and where things can stand to be improved. One aspect of fashion month important enough to warrant this analysis is diversity—which, as we all (should) know, has been lacking in the fashion industry since the dawn of time. For the women of color involved in fashion month, there are aspects of the industry that have drastically changed (in a good way) in the recent years, as well as certain institutional practices that need serious work.

In an effort to really understand how 2019 fashion month did—and didn’t—work for women of color, StyleCaster asked three fashion-forward women of color to give us their thoughts. Jamé Jackson, Buzzfeed Style & Beauty Writer, Talia Bella Pepe, Costume Designer and Stylist, and Asia Milia, Teen Vogue Editorial Assistant, all work within the fashion industry, and they all paid close attention to how this year’s fashion month was successful (and not successful) in terms of inclusion and diversity.

All three women agree that diversity on the runways has vastly improved. Jackson explains, “…We had extremely rewarding moments where body and racial diversity really shined through and proved that a more inclusive runway makes for a beautiful show. Some of my favorite shows were Christian Siriano, 11 Honoré, Chromat, Gypsy Sport, LaQuan Smith and Cushnie—just to name a few.” Milia also mentioned two of the same brands, which she believes aren’t just using diverse models to seem “trendy”—they’re actually being authentic. “There are brands like Chromat who really get it and have a runway that includes everyone, and it never feels like tokenism. 11 Honoré had their first show this season and every model who walked was curvy. It was a breath of fresh air,” Milia says. 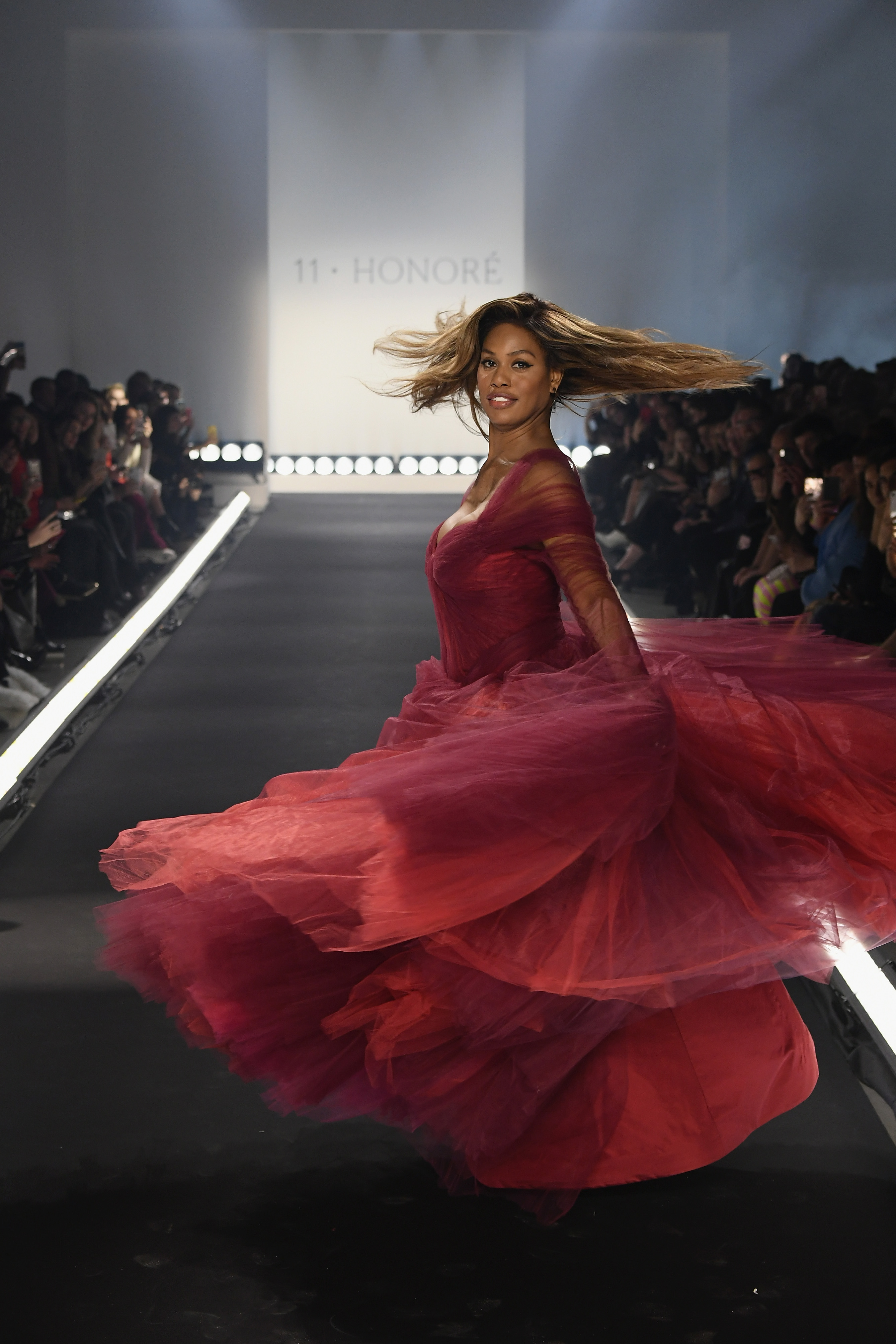 Specifically, racial diversity within model casting has become one thing fashion month got (for the most part, at least) right this year. “Out of the 10 most-booked models for this season [at NYFW], nine of them were women of color! It’s extremely encouraging to see small glimmers of hope that prove that inclusivity is becoming more than just a trend and that there is a growing power in casting racially diverse models,” says Jackson. However, it’s not all candles and roses, she continues to explain. “While all of these moments are extremely praiseworthy, horrific instances like Burberry and the countless examples of blackface we’ve seen prove that there is still a need for representation in the board rooms, on the committees, and in those rooms where decisions get made. I don’t want a woman of color in a show just to fulfill a quota or for you to say you’re now ‘diverse,’ and then you don’t really care.”

The reality is that the industry only makes room for one or two of us at a time.

Milia also agrees that brands are doing an incredible job with authentic diversity casting, but believes there’s more work to do—specifically on European runways. “I think we still have a very long way to go for shows in Europe. I don’t know if they feel like they have to stick to the European standard of what a model should ‘look’ like, or if they just don’t care,” she explains. “But, I was elated to see Tommy [Hilfiger’s] show was an all black cast for Zendaya’s collab with him.”

Hilfiger’s runway show during Paris Fashion Week was one example of a white male designer actually attempting to lift up the voices of a marginalized group. By collaborating with singer and actress Zendaya and using a runway made up entirely of people of color, the mainstream brand took a step in the right direction. Milia believes that this is a way toward actual diverse advancement in the fashion industry. She explains, “I think if more big brands celebrated inclusivity in an authentic fashion and not one that feels trendy, we would have a lot of progress.” 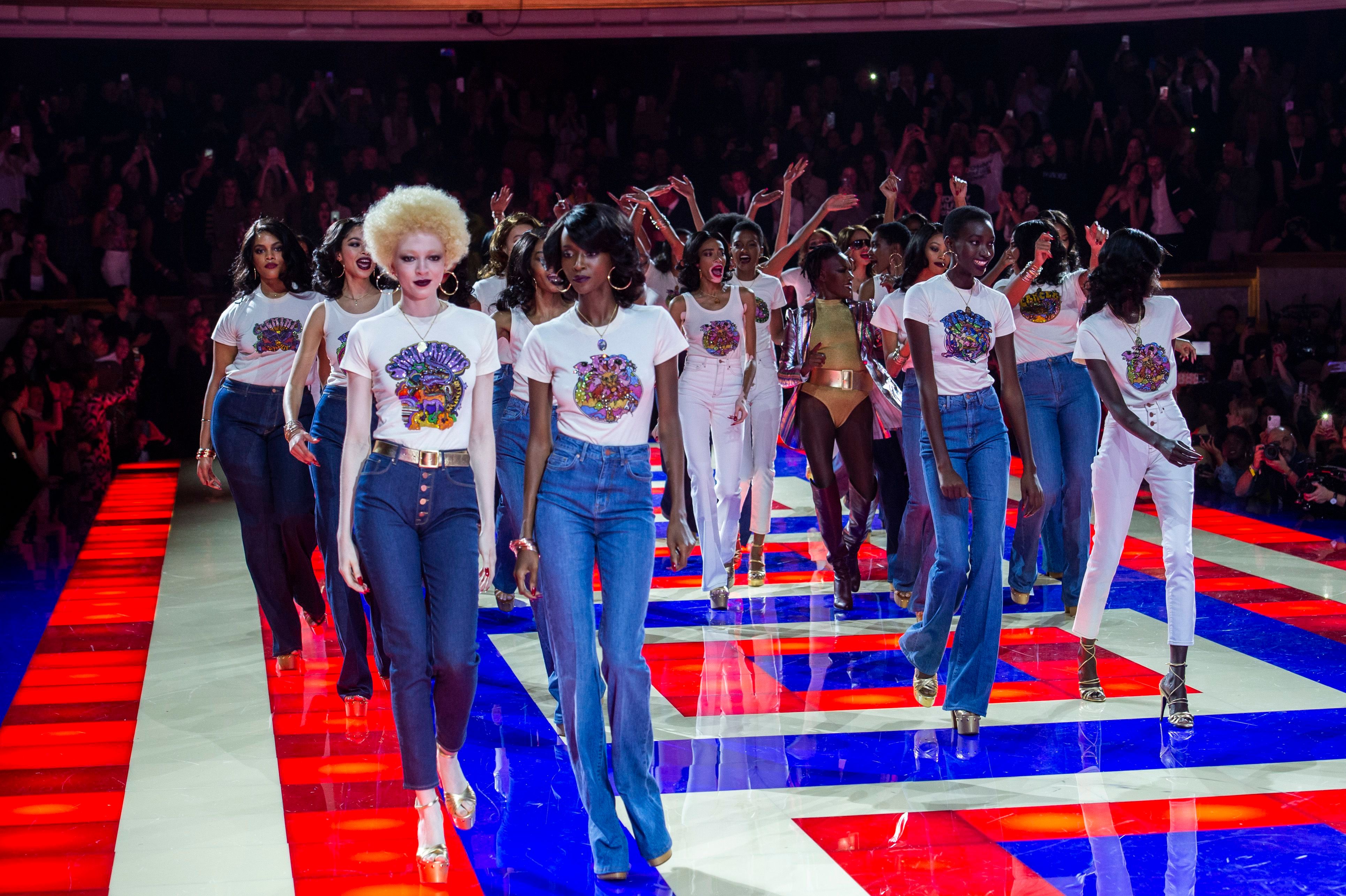 The runways aren’t the only aspects of fashion month, however. Inclusivity and diversity in street style—which makes up a huge amount of content that comes from fashion month—could stand to be improved. Pepe, who has been working in the fashion industry since 2014, when she interned for NYFW, explains to StyleCaster, “Regardless of gender, the streetwear scene usually highlights the same few faces of color or black people that we all know. Thinking back, I remember the days where the publications and street style photographers would take photos simply because they appreciated a look. Now they are concerned with who the person is and what their ‘title’ or ‘following’ is.”

The issue, she says, is that there are only a handful of people of color who attend shows, presentations or dinners hosted by different brands and companies. And, those who are invited to these events are typically part of a corporation or business who would have access anyway. These people who have invites to these events are the people we’re seeing in street style photos. If women of color aren’t invited to shows or events surrounding fashion month, they’re not going to be included in street style round-ups and the like. “The runway is secure, but now the streets that influenced the runway are lacking diversity,” Pepe says. 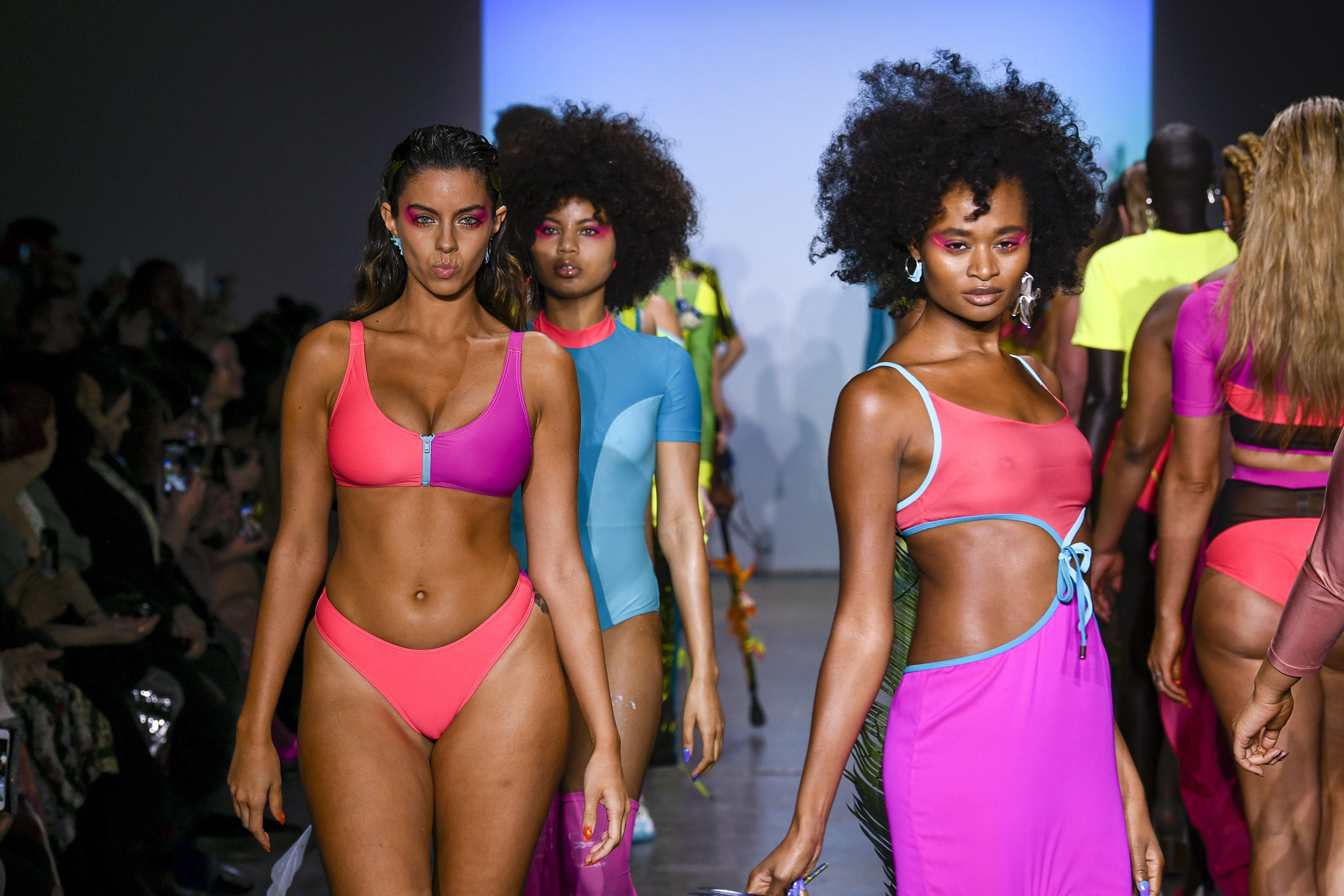 Pepe explains that some of the issues involving diversity in fashion month have to do with the way the industry itself works. She says, “I remember the days of not attending shows using my own name to now being personally invited to a couple of shows/showrooms in Paris. I wish I could bring more of us with me. It’s sometimes bittersweet when you look around these spaces and only three of you exist. The reality is that the industry only makes room for one or two of us at a time.”

Jackson, Pepe and Milia aren’t giving up hope, though. “Every time I see other black woman like Jan Quammie of Highsnob, Aleali May, Candice Marie of Barneys—and even my close friend Kat at Pyer Moss—doing their thing, it’s instant happiness, because we are here and can’t be denied any longer,” says Pepe. Indeed, diversity throughout the industry doesn’t go unnoticed. Jackson explains, “As a Black woman who has dedicated her entire work to amplifying people of color in fashion and beauty industries, it means so much to me to go to a show and the models are brown, the stylists are brown, the hairdressers are brown or know how to work with different textures, the makeup artists are brown or know how to work with brown skin.” By including diverse models, designers, makeup artists, etc. in fashion month, we get one step closer to a realistic portrayal of the world. 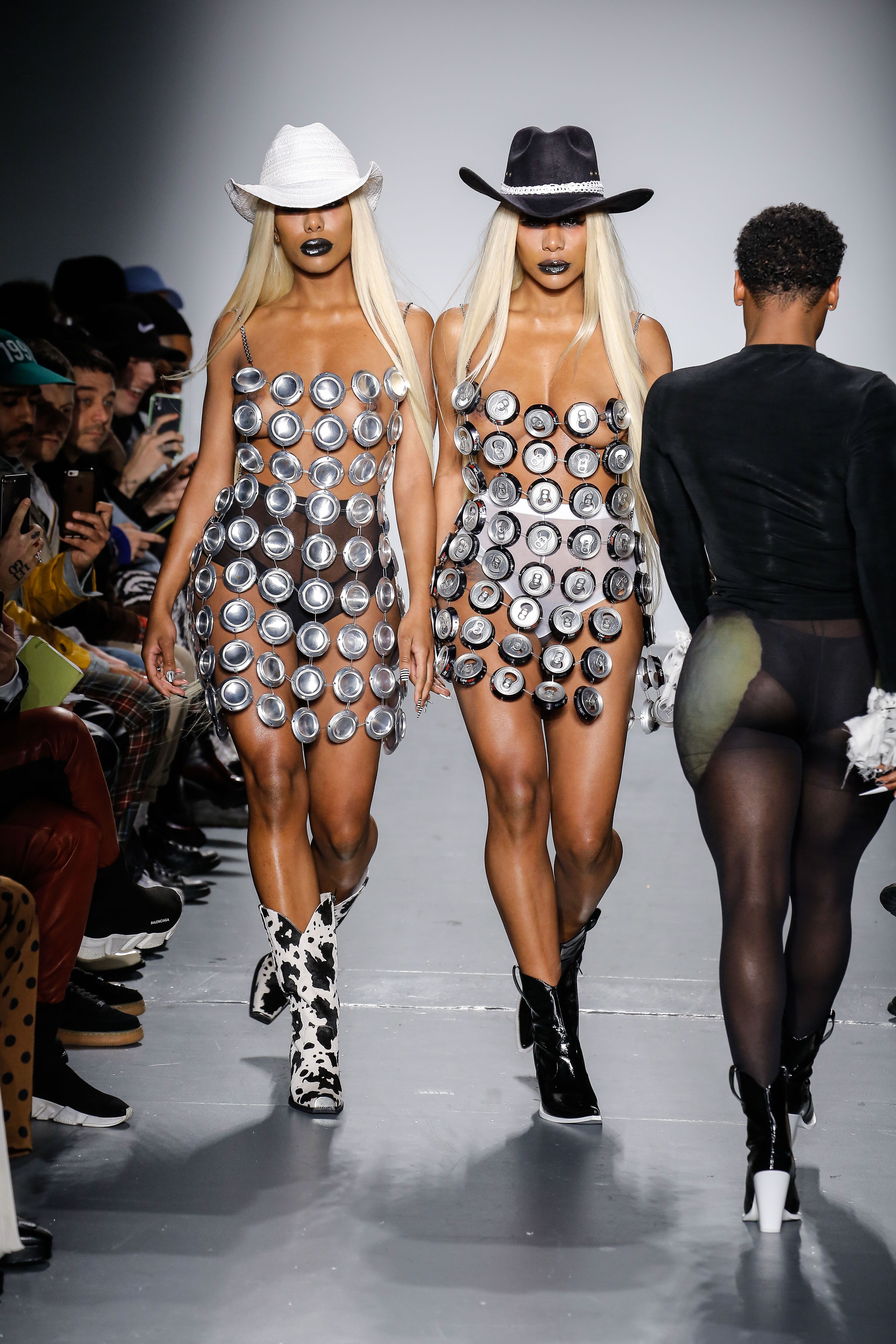 All three women believe that the fashion industry will continue to change authentically, and slowly (but surely!) fashion month will represent everyone. Jackson says, “I don’t want to keep seeing the same pretty girls and calling it diversity. I want to start seeing more beautiful women down the runway who prove how vast and layered this world is.” We wholeheartedly agree.