While most people love their moms in typical ways (phone calls, visits, gossip sessions, requisite bickering), others have used theirs as the inspiration behind successful businesses—something that’s especially evident when it comes to some of the top fashion, beauty, and jewelry brands out there.

In honor of Mother’s Day (it’s this Sunday, people!), we’ve highlighted 9 brands and companies who’ve sweetly named their successful labels after their own mothers and grandmothers. 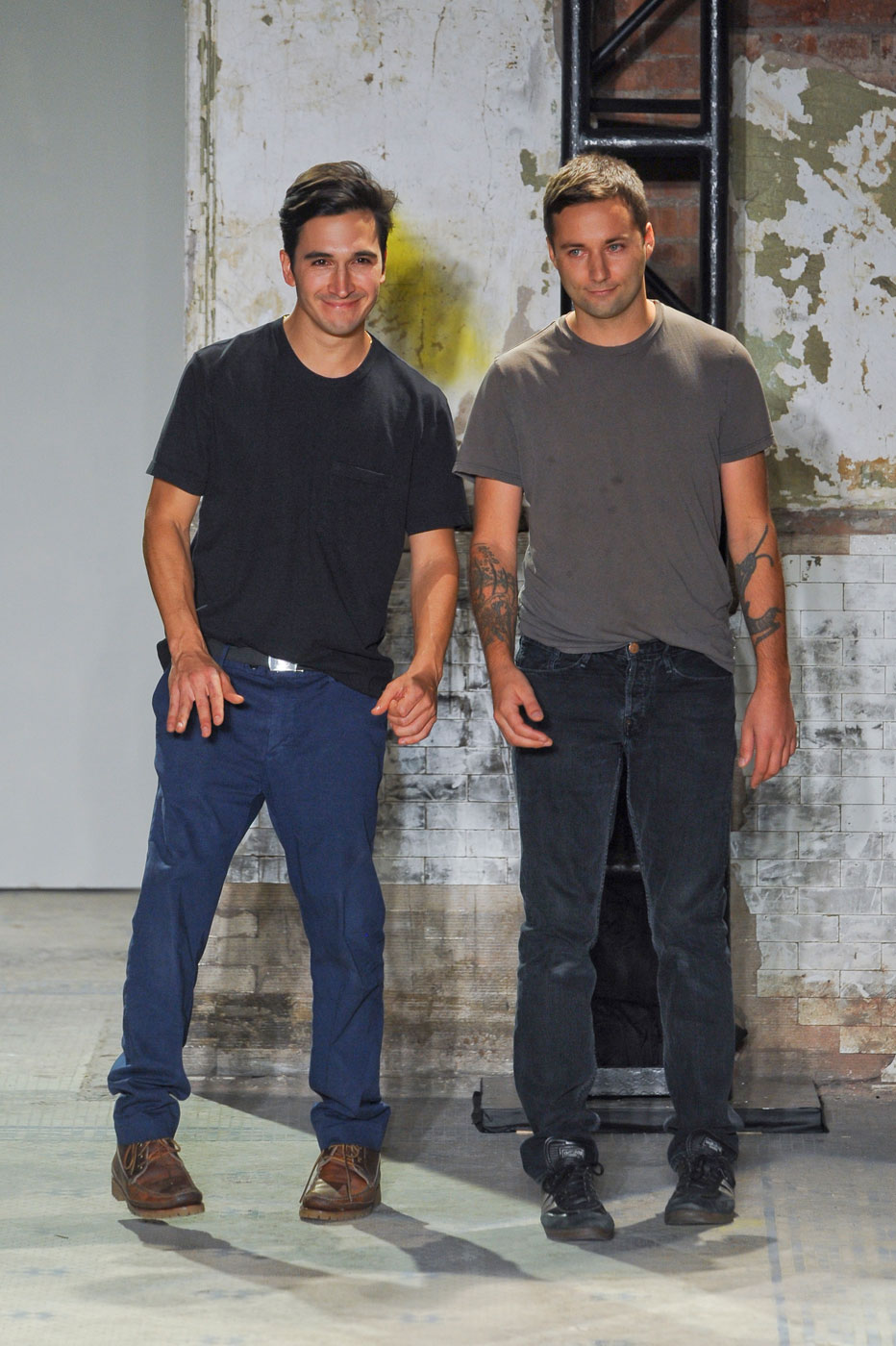 Alice + Olivia
Known for its colorful, playful designs that have a distinctly fashion-forward edge, Alice + Olivia launched in 2002 has quickly become a favorite of the fashion set. Named after founder Stacey Bendet and then-partner Rebecca Matchett‘s mothers, the label shows bi-annually at New York Fashion Week, and is carried in over 800 stores.

Proenza Schouler
Jack McCollough and Lazaro Hernandez have been designing together since their days at New York’s Parsons School of Design, and have pretty much been a quintessential success story since launching their own label, Proenza Schouler, in 2002. The name’s not wildly easy on the tongue (try this: Pro/en/za Sk/ooler), but it’s a combination of the designer’s mothers’ maiden names.

Why Proenza Schouler? The duo thought their own surnames lacked a “high-end quality,” though McCollough has since said they both regret the name. “There are so many letters. Even coming up with a font was a mission,” he told Interview magazine.

Coliac
After stints at Stella McCartney, Jean-Paul Gaultier and Christian Louboutin, designer Martina Grasseli launched this striking Italian costume jewelry line in 2009. Grasseli’s pieces are known for their mix of varied materials and geometric shapes,  inspired by movements such as Russian Constructivism, realism and abstract art. “Coliac is the surname of my maternal grandmother! She is Adelaide Coliac,” Grasseli told us.

1909 by Erica Weiner
Beloved New York-based indie jewelry line Erica Weiner‘s locally-made vintage inspired pieces have been a hit since the designer opened her eponymous store in NYC’s NoLiTa neighborhood 2010. Since then, she’s opened another location in Brooklyn and launched a handmade fine jewelry line, 1909, named after her paternal grandmother Mollie’s year of birth (who, incidentally was born just down the street from today’s Weiner’s Elizabeth Street store.)

House of Dereon
It may not be the highest of fashion, but Beyoncé‘s label, House of Dereon, is named for the superstar’s grandmother, Agnèz Deréon (Tina Knowles‘ mom and Bey’s grandmother.) The RTW line launched in 2004, and expanded in 2006 when Beyoncé and sister Solange introduced a lesser-priced juniors range simply called Dereon.

MORE: 10 Famous Women Who Inspire Us To Dress Better

Miss Jessie’s
Curly girls are likely aware of Miss Jessie’s, a line of hair products specializing in styling curly, kinky, and wavy hair of all textures. What they might not know, however, is that the brand—launched in 2004—was named after Jessie Mae Pittman, the paternal grandmother of company founders Miko and Titi Branch. Born in 1919, Miss Jessie was an advoacate for creating her own hair products right at her kitchen table.

Terveer
Created by sisters Annie and Therese Gibbons, this line of high-end fragrance oils (sold online and at Barneys) takes its name from their mother, Marie Terveer, who—according to the brand’s website—was an “unusually cosmopolitan farm girl with a passion for beauty.”

Minnie Rose
Known primarily for its knitwear and luxurious cashmere, Minnie Rose was launched in 2006 by FIT grad Lisa Shaller-Goldberg after years of helming a sales, marketing and branding agency representing contemporary fashion labels. The brand’s name—Minnie Rose—is named for both of Shaller-Goldberg’s grandmothers.

Edith and Ella
Known for it’s vintage-inspired elements and playful colors and shapes, Danish clothing line Edith and Ella was founded by designer Line Markvardsen in 2004 as a wholesale business before opening its first store Copenhagen in 2005. The brand takes its name from Markvardsen’s grandmothers.