Here’s some news that may not surprise but probably does delight actual fashion editors and buyers: Catherine Bennett, senior vice president and managing director for IMG (the company that heads up Mercedes-Benz Fashion Week), recently gave an interview to the Wall Street Journal in which she revealed that as of next season, many of the surplus fashion bloggers currently being invited to shows will not be invited to return.

“Fashion Week was becoming a zoo,” Bennett told them. “What used to be a platform for established designers to debut their collections to select media and buyers has developed into a cluttered, often cost-prohibitive and exhausting period for our industry to effectively do business,” according to a press release.

Another spokesperson for IMG told the Journal that individuals with a “tenuous connection to the fashion industry” will not be receiving invites next season, because Lincoln Center “has been swarmed with fashion bloggers, street-style photographers and fashion fans … in addition to the hundreds of journalists and scores of celebrities.” As they put it, IMG is planning on “making invitations once again an exclusive pass for true fashion insiders.” 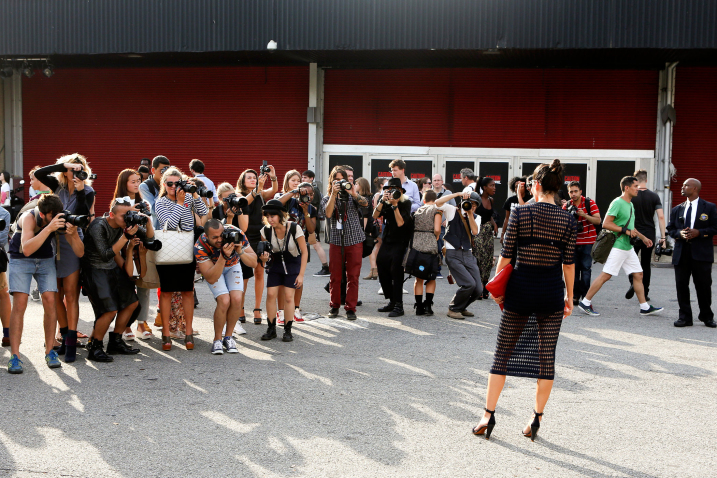 And the invite list isn’t the only aspect of Fashion Week that’s getting an overhaul: there will also be new spaces for runway shows, both on-site at Lincoln Center and satellite, that offer more space to conduct backstage interviews and more comfortable arrangements for true VIPs. To accommodate rising designers, IMG will also be hosting digital fashion week shows.

It was inevitable that blogger backlash would start eventually, since several designers have voiced concern over what New York Fashion Week has become.

Head to the Journal to read the full interview, and then sound off below! Do you think it’s good or bad news that bloggers, street style photographers, and celebs will potentially be barred from future Fashion Weeks?