You don’t have to be a scholar to know that a street artist who chooses to paint a colorful portrait of Karl Lagerfeld staring into the eyes of Anna Wintour has some kind of preoccupation with fashion. But (as usual) there’s more to the story than meets the eye: a strange turn of events led New York-based artist Bradley Theodore to create the work in question.

“I saw [Karl] at a party in Paris once, and I thought, ‘This guy is really interesting, in terms of the way he’s conducted his existence,'” Bradley tells StyleCaster. “I thought then, ‘I want to paint him.’ But I just never did. Then the subject came up again when I was hanging out with [my good friend, tattoo artist] Bang Bang, and the next day Anna Wintour walked right by me to get into a cab.

“I was inspired. Everything just came together. I thought about Karl and Anna, how these two are the last standing of those who have been there from the beginning. And I knew I had to paint them together.”

And the way fashion and art intertwine with one another is a two-way street, Bradley insists. Having been a street artist since 2001, he’s taken inspiration from the world of fashion for much of his work—he just recently completed a project in luxury retail store Isetan in Tokyo, and has done collaborations with brands like Espirit and Swarovski—but there’s also something to be said about the role art plays in fashion.

“Fashion allows people to become art,” he says. “It’s the only time in our society that’s truly accepted for you to be a form of art. The average person on the street is trying to convey an image. That image could be an identity, he or she could be building himself as a painting: it might be the most super-glossed up glam queen, or they could be portraying this stupendous image of Madonna.”

For his next project, Bradley revealed exclusively to StyleCaster that he is painting an imagined conversation between two powerful women who lived at the same time but never met: Coco Chanel and Frieda Kahlo. “Just imagine the conversation that those two would have,” Bradley explains. “They would be best friends. It’s exciting to me, to dream of what would happen.”

Check out the never-before-seen painting below! 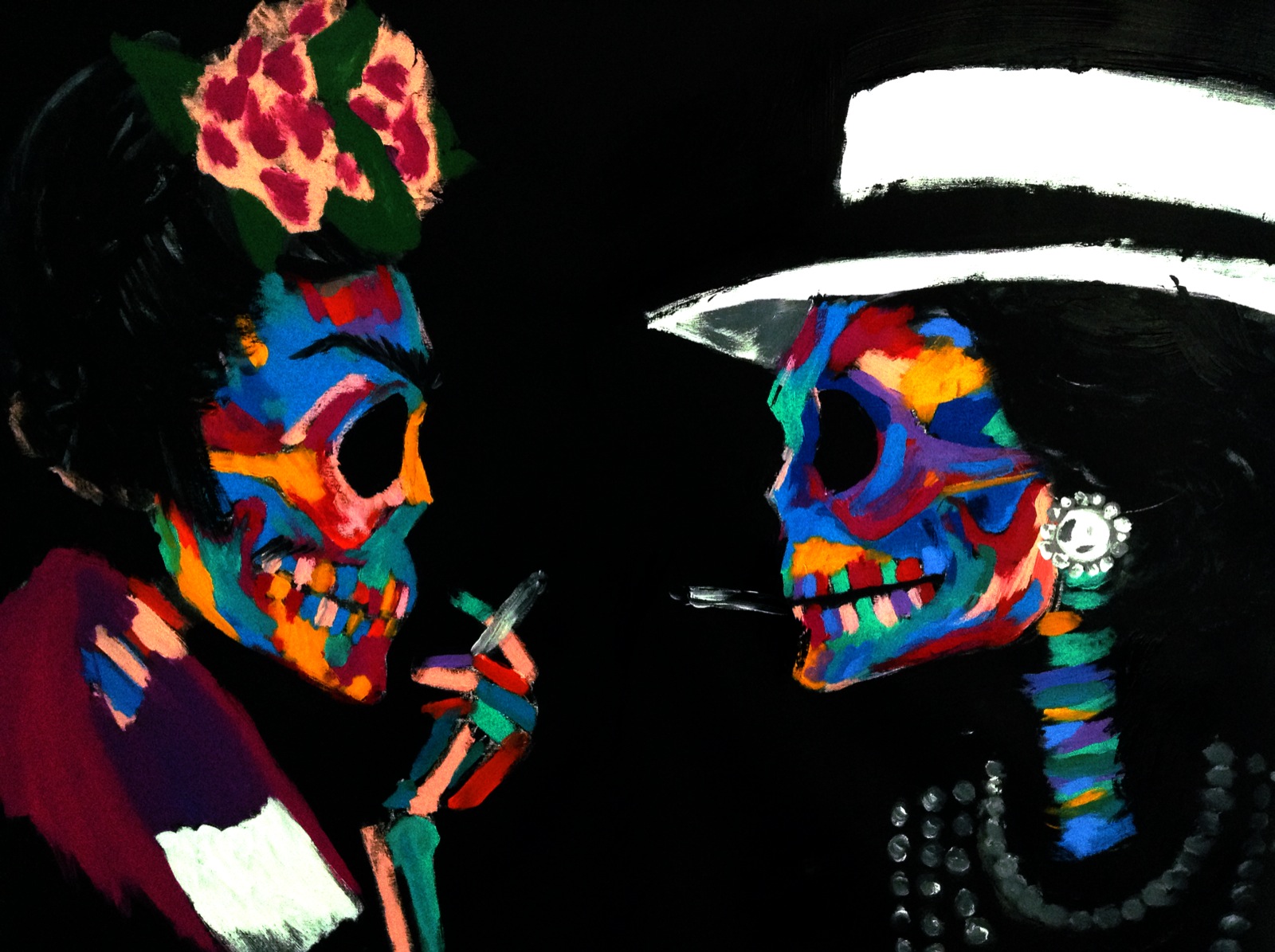