Jasmine Tookes was totally taken by surprise when she found out she would be modeling the Victoria’s Secret fantasy bra this year. But in a new video, she does just that—and she’ll be wearing it come December on the runway (with a pair of angel wings, of course).

“When they told me, I was so caught off guard, I thought I was just doing an interview, and Ed [Razek, Victoria’s Secret chief marketing officer] kind of sprung it on me,” Tookes told Vogue. “It’s such an honor for me to join a whole group of women who are icons, and who I grew up watching over the years.”

She’ll be sharing the runway with Bella Hadid this year, who’ll be walking for VS for the first time, though not draped in diamonds. (Tookes is a seasoned pro.)

The bra was designed by Eddie Borgo, and it’s covered in spikes and studs. It may technically be lingerie, but Borgo researched breastplates and nontraditional costuming before making the bra—and it’s safe to say his research paid off. It’s quite a piece this year: outfitted with 9,000 precious gemstones set in more than 450 karats of 18K gold, the thing took 700 hours to make, according to Vogue. 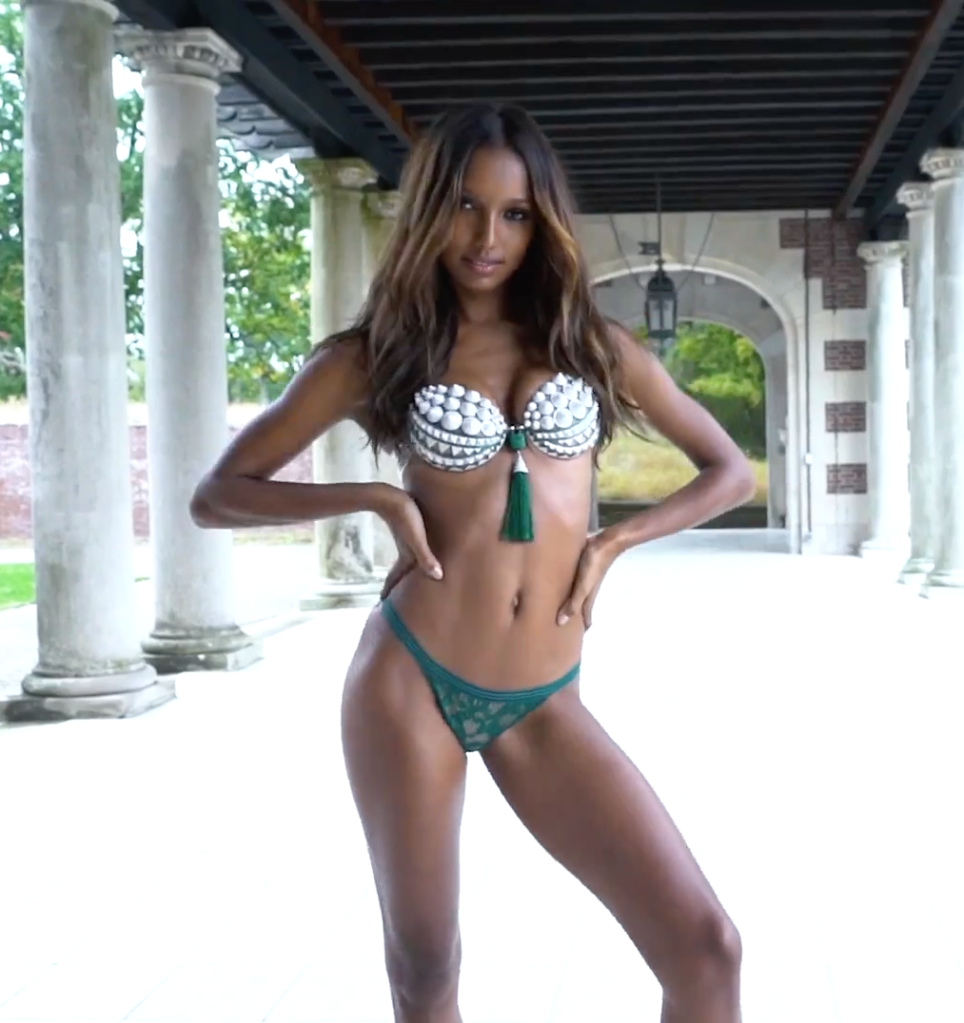 “It was important to the Victoria’s Secret Fashion Show collection team that the design represented some of the different iconography, shapes, and techniques that we use consistently within my namesake collection,” Borgo said. And so he decided to turn to emeralds, natch. “I had never worked with traditional emeralds before, and, due to their fragility, they are not used often today,” said Borgo. “The color of a true emerald is inimitable.”

That’s what we always say. To bask in the glory of a true inimitable diamond, watch the video below of Tookes gallivanting around in the bra, which was literally molded for her body—and tune in to CBS on December 5, when the fashion show broadcasts from Paris at 10 p.m. EST.