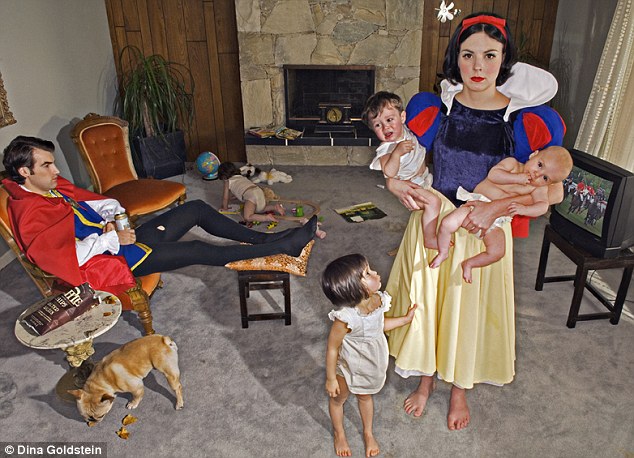 Though it might seem silly to get riled up over hackneyed animated characters, it’s not particularly difficult to understand why, in today’s age, Disney Princesses are particularly divisive.

While proponents might say they represent femininity in all its glory, detractors (and there are plenty of them) claim they’re symbols of helpless women submitting to a patriarchal society (not really living until a man kisses you? C’mon!) and can send harmful messages to impressionable young girls about life always having, well, a fairytale ending.

And, like all good debates, this one seemed to have struck a chord with artists and writers who are reimagining the princess’ predictable “happy ending” storyline and turning it on its head.

The affecting images are, for lack of a better word, grim, and it’s safe to say these fairy tale princesses have more in common with their original authors—the slyly sinister Brothers Grimm—than the sunny world of Disney. 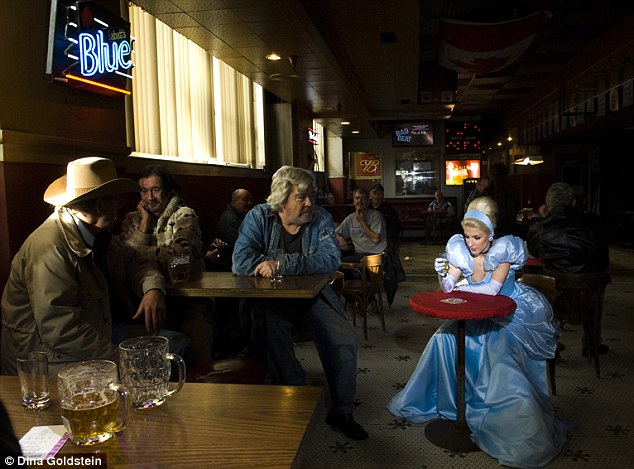 “My Fallen Princesses series was born out of deep personal pain, when I raged against the “happily ever after” motif we are spoon-fed since childhood,”  the Israel-born photographer told Cargoh, adding that she “began to imagine what could happen to the princesses later in life and after the happily ever after. Naturally they would have to deal with challenges that all modern women face.” 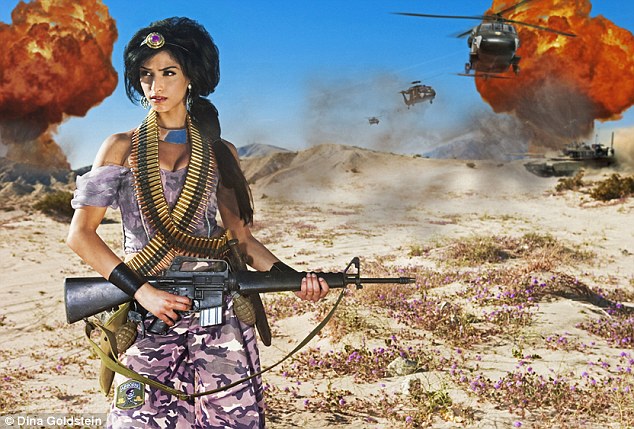 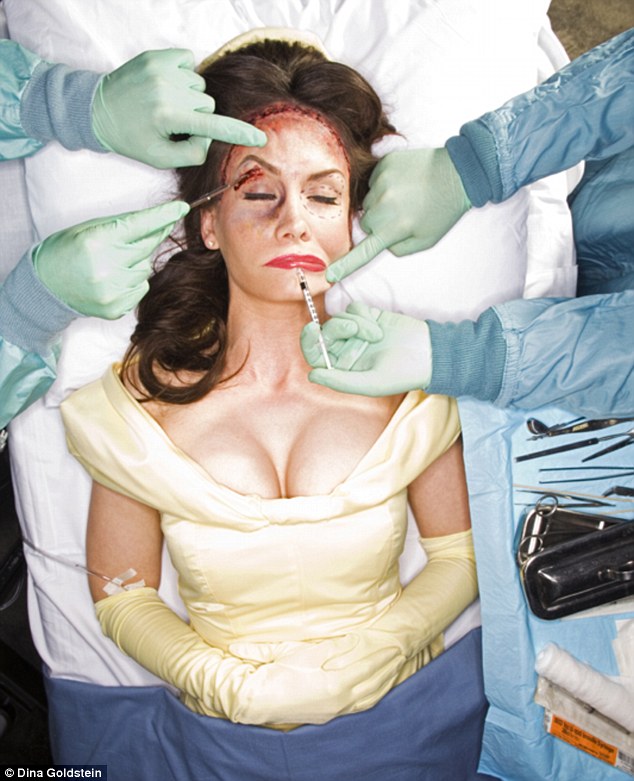 “WS” (which stands for White Snow), portrayed the demure character, her handsome prince, and the seven small men as hedonistic, twisted, wantonly, and totally disturbed. The exhibit—which just wrapped it’s run and featured both seven-hour video work and installation—was so jarring and explicit, there was an enforced 17 and over policy. 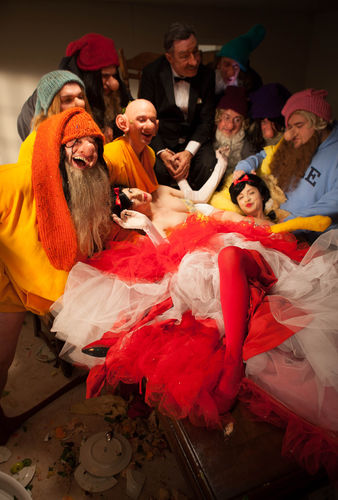 Of course, you might remember another less-than-flattering adaptation of the Disney Princesses that was a little more humorous. In March 2012, a memorable “Saturday Night Live” sketch featured its women cast members and host Lindsay Lohan as “The Real Housewives of Disney,” a new fictional Bravo series that portrayed Belle, Rapunzel, Cinderella, and other princesses as vapid bickering winos (missed that ep? There’s a video below to refresh your memory.)

So, why all the Disney Princess ire? Probably because anything that’s stereotypically “perfect” makes for a creative, fun target for artists and writers, not to mention society’s affinity for schadenfreude, especially in the case of seemingly pristine figures (“Queen of Versailles,” anyone?)

Regardless of whether you agree that Disney princesses oversimplify life and their storylines should be tweaked to reflect a heartier dose of reality, or you think the characters’ happy endings are harmless tales not meant to taken so seriously, there’s no denying that Goldstein, McCarthy, and even SNL’s takes on the subject are, for better or worse, totally unhappy in the most captivating way possible.

Check out more Fallen Princesses below, and head over to the photographer’s site now to learn more about the project. 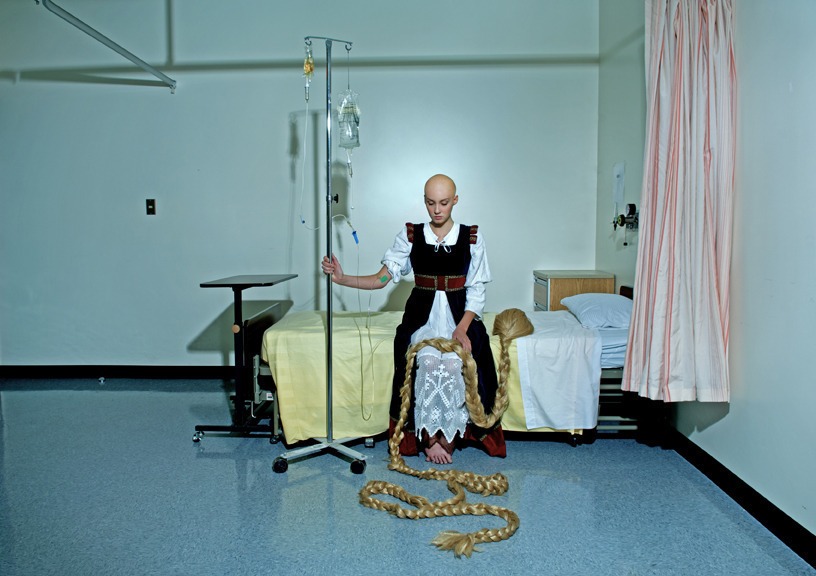 Rapunzel is portrayed as having lost her hair to cancer.
Photo: Dina Goldstein 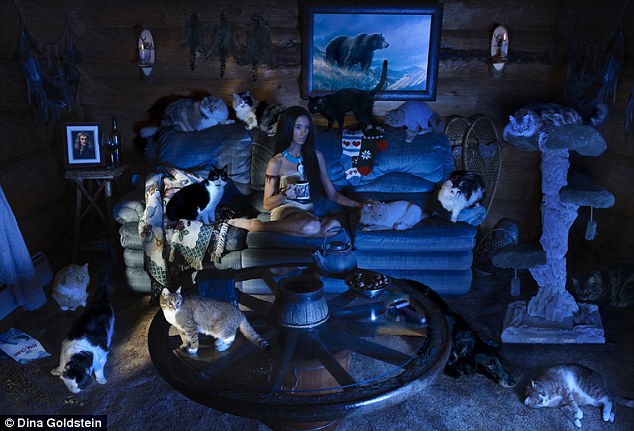 The animal-loving Pocahontas, alone with her cats.
Photo: Dina Goldstein 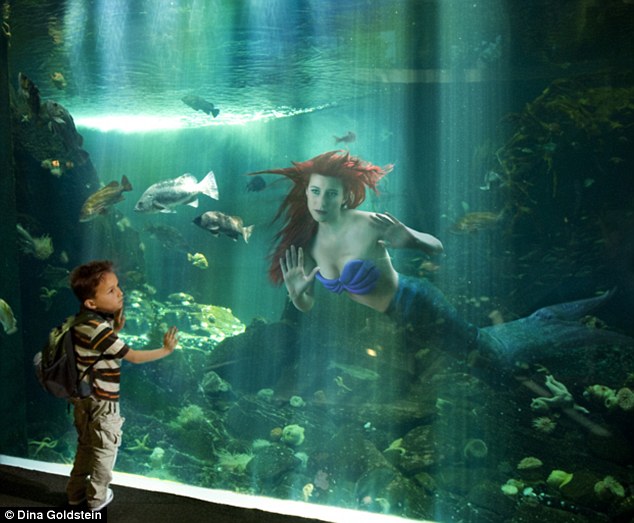 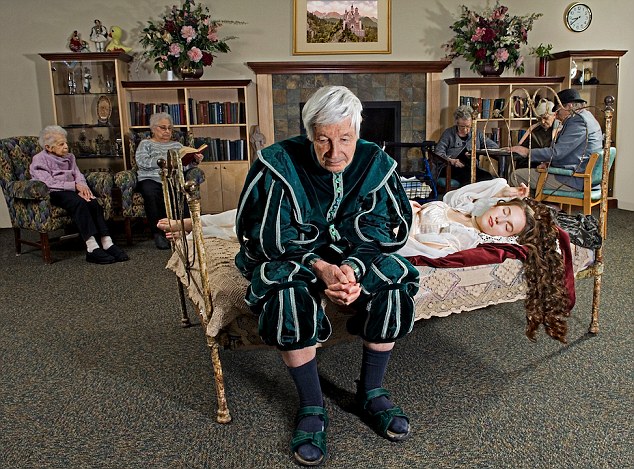 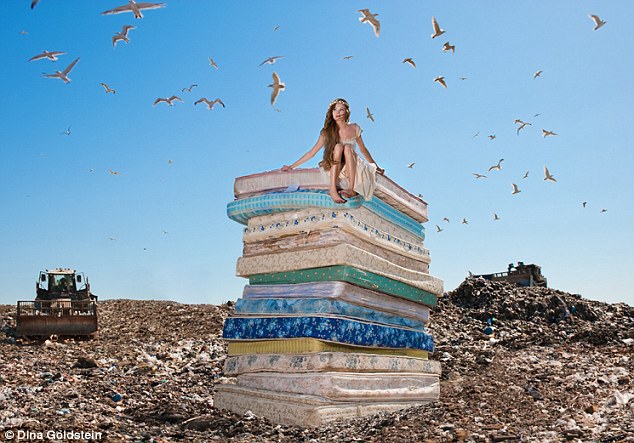 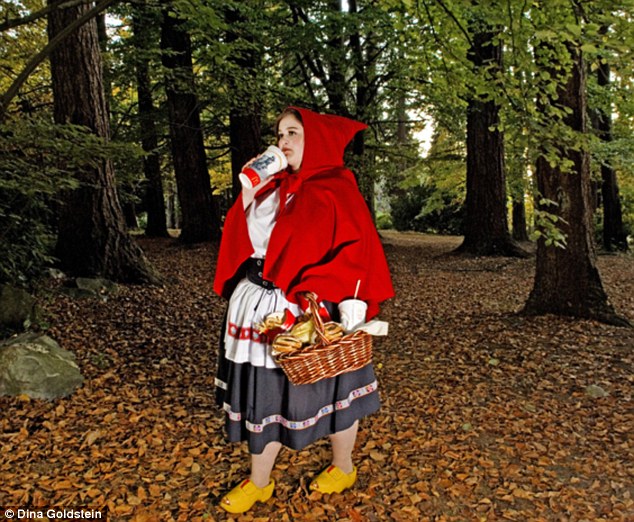