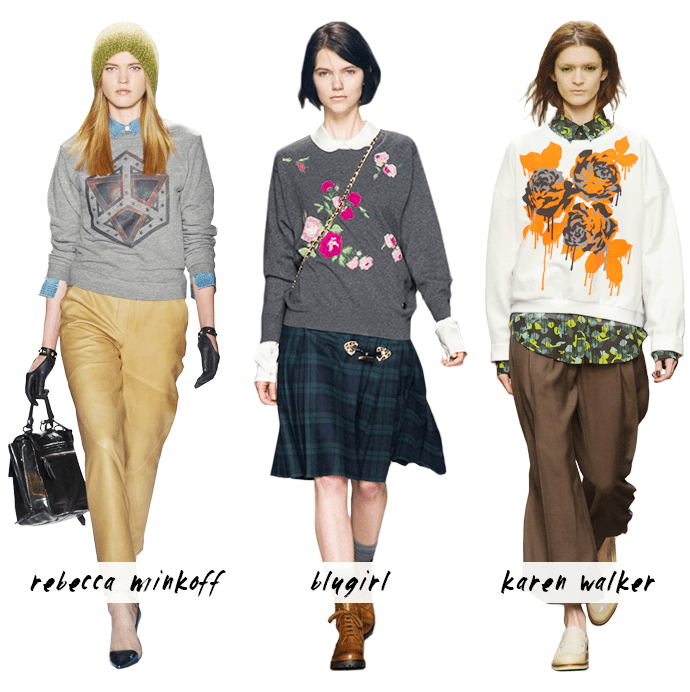 The luxe sweatshirt trend we’ve come to know and love during the past year isn’t going anywhere. In fact, several top designers such as Karen Walker, Rebecca Minkoff, Milly, and Matthew Williamson showcased versions even more covetable than last season’s styles, and offset their casual nature by teaming them up swingy skirts or skinny trousers.

Despite the fact that we’ve already seen a huge influx of “fashion” sweatshirts during the past year, from Kenzo’s coveted tiger piece, to Zara’s many offerings, we don’t see sweatshirt fatigue setting in anytime soon.

In fact, it was the designer sweatshirts that were the first to sell out in Target’s two recent collections (Proenza Schouler‘s top for Neiman Marcus and Prabal Gurung), so we’re willing to bet folks are more hungry than ever for a fresh crop of chic sweats.