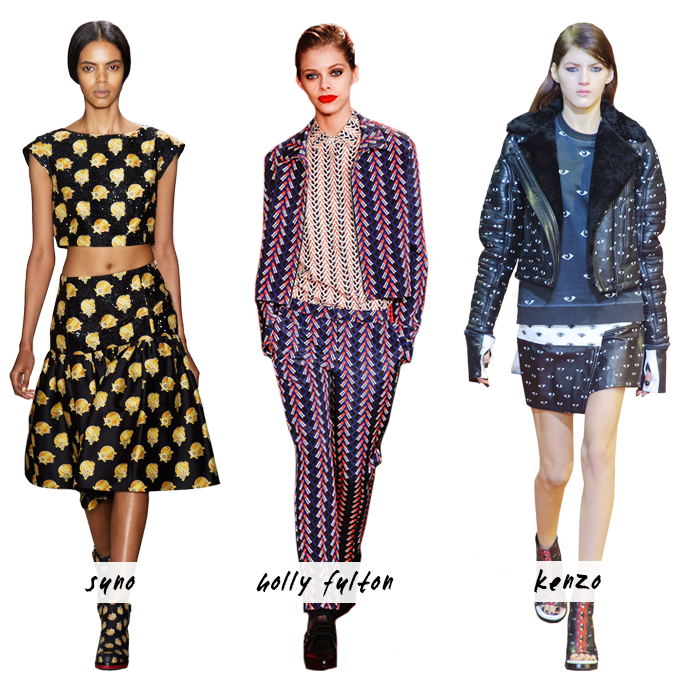 While super-opposing prints—think stripes and florals, for example—have been popular on recent runways (and don’t seem to be going anywhere!) it seems print-mixing is taking a slightly different tack for fall. Several designers showcased separates with the same or very similar prints in different sizes and colors, and paired them together.

While you might think blending two or more pieces with the same exact print would appear too busy, most of the examples we’ve seen for fall are thoroughly modern and not too splashy.

We’re also banking on several labels and stores watering down the trend a bit for the average consumer by creating specific pieces—say, a blouse—whose sleeves or collars feature the same print as the body but in a different color or scale.