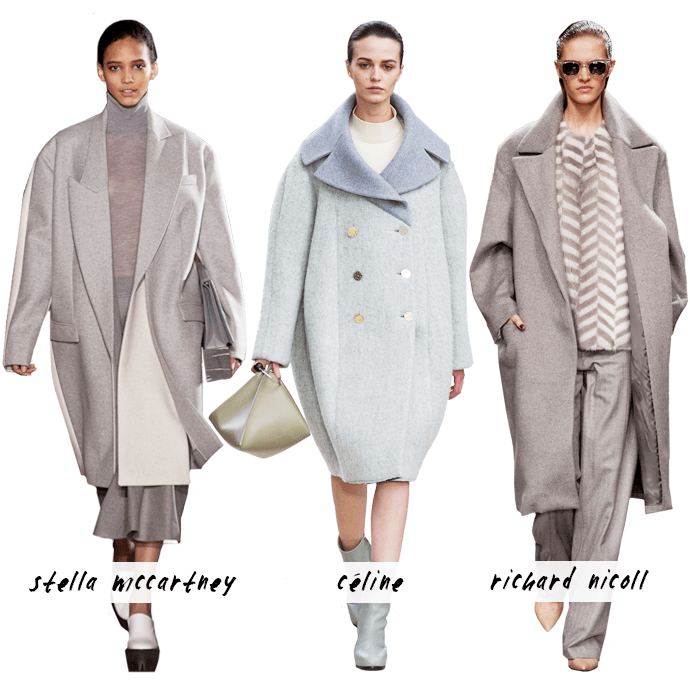 While we first saw the style emerge last fall—it was impossible to ignore the hordes tons of street style It-girls rocking huge overcoats during New York Fashion Week in February— this season, designers such as Céline, Stella McCartney, and Carven really ramped it up.

since we know the fashion crowd are already fans of the style, the big question seems to be whether the masses will take to the oversize coat trend. Everyone knows runway models can be styled in a plastic bag and still make it look covetable, but the fact remains that certain probably won’t translate. Dramatically large coats likely won’t flatter an average woman, and they only work with certain outfits—which goes against the idea of an all-purpose piece of outerwear.

That said, high-street stores such as Zara, H&M, Topshop, and ASOS are already offering up commercial versions of the oversized coats, featuring only one or two outsized details—a strong shoulder, large labels, extra fabric to belt around the middle—so those who want to try out the trend will certainly be able to in a more scaled-down way.

We do, however, think women will take to slightly larger menswear-style overcoats, so long as it looks like it fits.