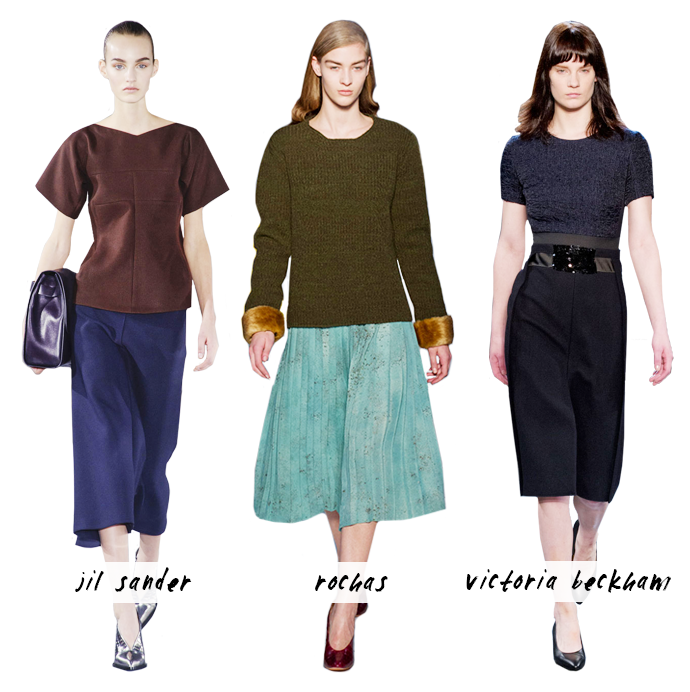 It’s common knowledge that women are told to stay far, far away from anything that resembles the midi skirt. The style’s hemline—which, as its name implies—hovers in the middle of mini and maxi skirts and has a less-than-stellar reputation for looking dowdy, ugly, unflattering, and decided un-sexy.

Fans of the style, however, will tell you that a midi skirt can actually look quite chic and classically ladylike when paired with simple pumps (never pair a midi with flats unless you’re a vertical overachiever), and fitted blouses or sweaters.

While “ladylike” was a buzzword in general during the Fall 2013 shows, it’s the midi skirt that designers gravitated toward most, with designers such as Jil Sander, Tory Burch, Rochas, and Victoria Beckham offering their own take on the trend.

Something to keep in mind when trying the midi skirt trend out: most  styles vary slightly in length, with some hitting right below the knee, and others sweeping mid-calf, so the taller you are, the longer you can go for a more flattering effect.