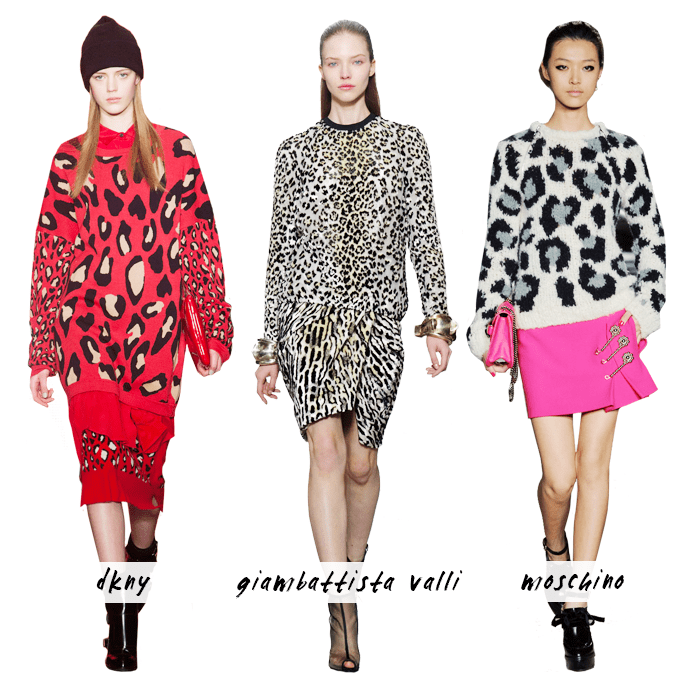 Leopard prints may conjure up slightly dated imagery (“Working Girl,” ’80s New Jersey, “Real Housewives” of pretty much any city), but for Fall 2013, a staggering  number of designers—including DKNY, Diane von Furstenberg, and Giambattista Valli—put a cool, modern stamp on the wild motif.

Another interesting facet of fall’s animal motif: While various sizes of leopard print were showcased on runways, it’s the larger, bolder incarnation that looks the most current—and the one we think stylish women will be clamoring for come autumn.

If you’re wary about shelling out big bucks to score a piece of large leopard print, however, you can relax: We’re already seeing fast fashion stores and contemporary labels churning out various takes.