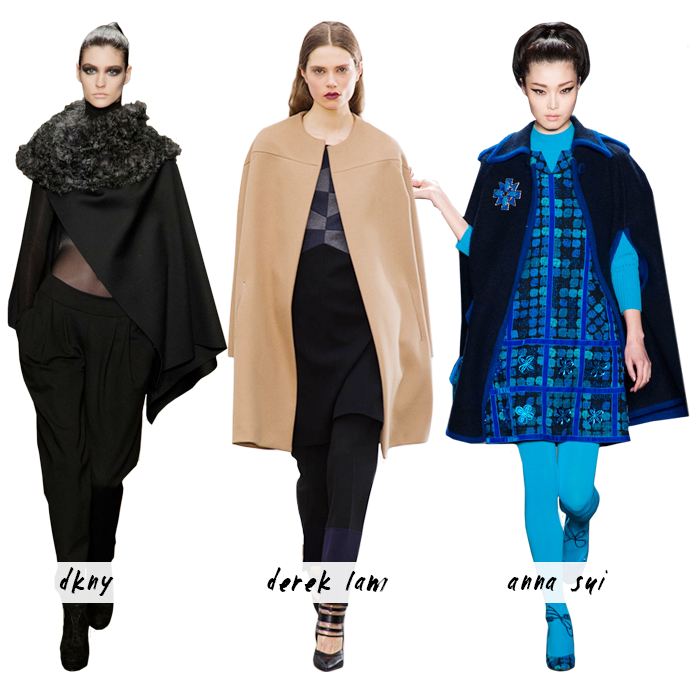 For shoppers looking to boost their wardrobe’s drama, look further than the statement making cape, which—after a successful run on Fall 2012 runways—is back in a big way.

Capes and cloaks have long been associated with a number of fictional figures (vampires, superheroes), to actual figures (royalty, military officers, magicians), and have made their way into popular fashion on and off for decades.

The capes for Fall 2013 are polished and versatile, yet don’t shy away from the inherent drama that comes with the silhouette.

Designers such as Derek Lam, Anna Sui, and DKNY all showcased impeccably-tailored capes—some with interesting detail, and others more minimalist—as outerwear, which not only looks polished and ladylike when worn over a dress or slim trousers, but offers a perfect solution to fall’s transitional weather.