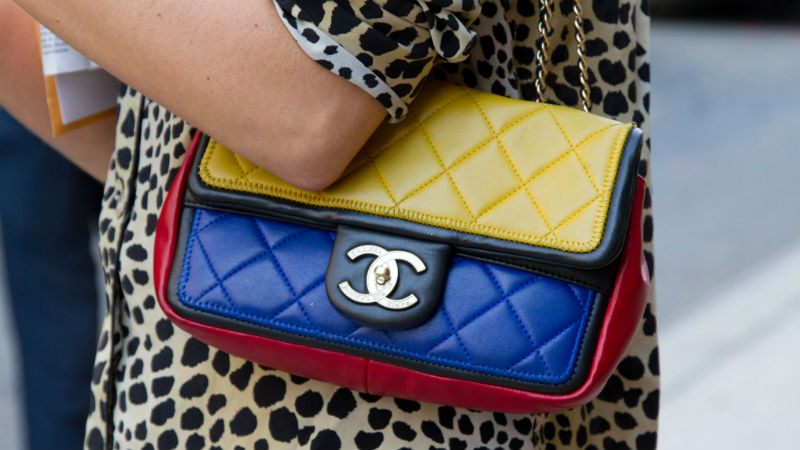 Is that Chanel bag real or fake? Photo: Getty

A designer handbag has a special type of power. Not only can it instantly update every piece in your closet, but it can give you an undeniable spring in your step. The only caveat? They’re expensive, and only getting more so—Chanel, for example, is on average rising prices of bags 20 percent a year. This pesky fact makes it increasingly alluring to look for bargains, although certain deals on handbags are just too good to be true.

MORE: Are You Ruining Your ‘It’ Bag? 10 Genius Tricks to Keep it Clean

As the market for designer bags has grown, so has the market for knockoffs. In 2012, the U.S. seized counterfeit goods worth around $1.26 billion, and there was no shortage of fake designer handbags in that haul. A huge problem for brands and consumers alike? Counterfeiters are getting increasingly savvy, and telling the difference between a fake and the real deal isn’t always easy.

Here, some tips to keep in mind when handbag shopping, particularly in the secondhand market, to make sure that what you buy is the real deal.

If you’re not planning on buying a bag from a particular designer’s store or a reputable department store, then you’re going to want to make sure you do a ton of research. Get as familiar with the bag that you’re interested in as possible. A great way to do this is to head to the designer’s store and scope out the real bag in person. Get familiar with how the leather of the bag is supposed to feel, what the hardware looks like, and where the logos are actually supposed to placed. It’s all in the details.

2. Be wary of deals that are too good to be true.

If a bag normally retails for $2,500 and is being offered to you for $150, you’re probably being taken for a ride. Keep in mind that if you’re looking for a a majorly discounted handbag, you’re likely going to have to buy something that’s secondhand, with a lot of wear and tear.

Pay extra attention to zippers, clasps, and closures, which are often the most telling factors when it comes to discerning whether a bag is counterfeit. Hardware on designer bags should all have the same color and finish (an exception being Chloé, which creates bags that use mixed hardware). Zippers should also open and close smoothly.

The seams of a designer bag are rarely glued. Another giveaway can be the stitching. If the stitching seems to be sloppy, uneven, or slanted, you’re probably looking at a fake bag. This one’s a given, but the stitching on a new bag should never be frayed!

Leather items should smell like leather, so if you smell glue, rubber, or chemicals, you likely have a fake on your hands. Remember, if it claims to be made from leather then it should have a soft but dry feel to it—fake leather will feel sticky and oily. Be sure to study the handles of a bag. If the bag has leather straps or handles then after a few weeks of wear the color from the leather should have discolored slightly—fake leather handles will remain shiny and unchanged

Most manufacturers have their own outlets for stock that didn’t sell. Come across an outlet store online, not run by the manufacturer, where you can buy multiples of the same designer bag? The bags for sale are probably counterfeit. 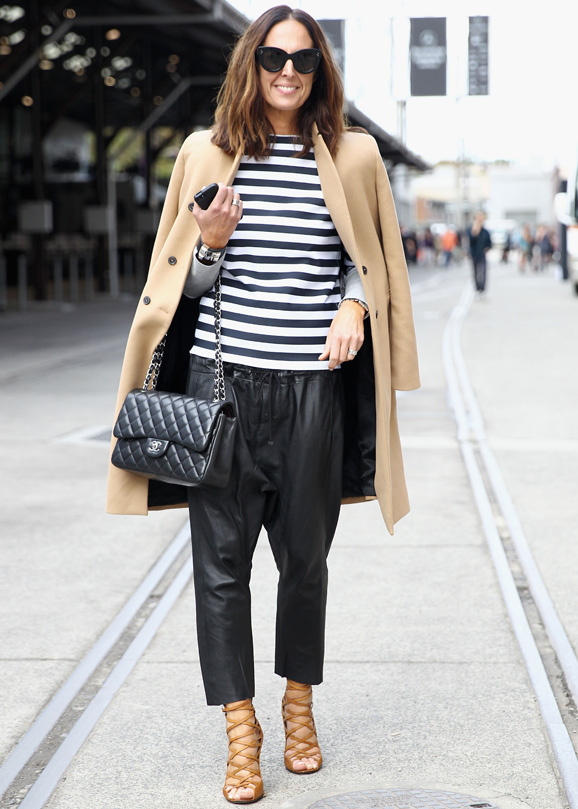 How To Spot a Fake Chanel Handbag

There are some telling signs as to whether a Chanel handbag is fake or real. Make sure it has interlocking C’s—many knockoffs have interlocking O’s which are snipped after production to look similar to a C. The quilting should be symmetric. Also of note, Chanel does not attach any tags or wrapping to its bags, so if a bag comes with a tag attached, it’s safe to assume it’s a knockoff.

Newer Chanel bags will come in a black dust bag with ‘Chanel’ written in black, while vintage Chanel bags will come in a white felt bag with a black logo. The bag should be stamped with CHANEL on the inside as well as having ‘Made in France’ directly underneath it or to the side. Keep in mind that Chanel authenticity cards are often copied, so just because a bag comes with one, doesn’t mean the bag is real.

How To Spot a Fake Gucci Handbag

To determine if a Gucci bag is fake or real start with the pockets. Study the cut of the leather intently, especially around the interior zippered pocket (if it’s a style of bag comes with a pocket). The cut should be exactly the same all the way around the pocket. On the inside tag where it says GUCCI and ‘Made in Italy’ there should also be a style number with a four or six digit serial stamped on the leather.

There are two types of Gucci dust bags, one made from dark brown satin and with the GG logo printed on the front with the second G being upside down. The second type is a solid light brown color with GUCCI written in gold across the front.

Similar to Chanel, Gucci authenticity cards are often copied. The Gucci Controllato Card should have GUCCI written in capitals with a dark grey background. Underneath that in a white background should be the word ‘controllato’ and the numbers 1 2 3 4 5 6 7 8 9 0. The back of the card is always left blank. 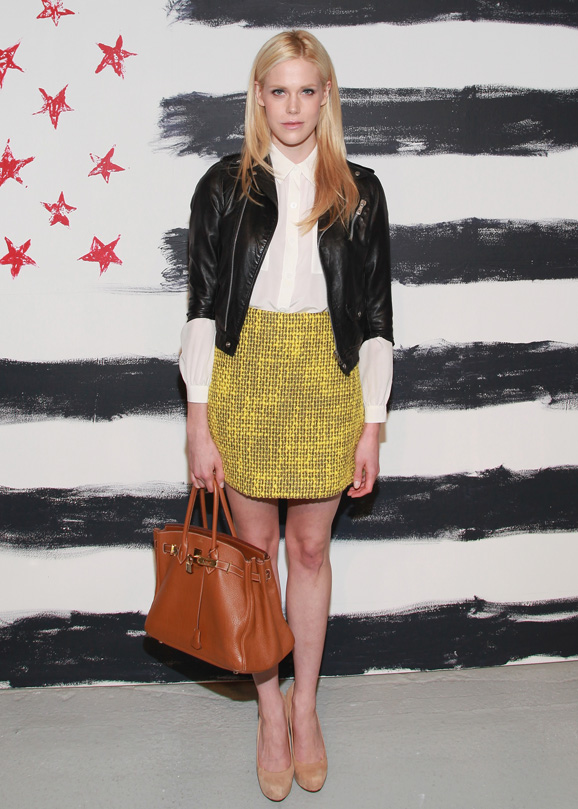 How To Spot a Fake Hermès Handbag

Hermès has done a lot to crack down on fakes, and because of that spotting a fake version of one of the company’s iconic bags is surprisingly easy. Hermès bags will never come with paper tags attached to them. The Birkin and Kelly styles come complete with an engraved lock and key set, and the lock will have the word Hermès written on the bottom and there will be a matching number that’s placed on the lock and the key.

Also, Hermès never uses a metal nameplate on the inside of its bags, a detail that counterfeit bags often feature. Also, keep in mind that there is no such thing as a “Vintage Birkin,” the Birkin has only been around since 1984. 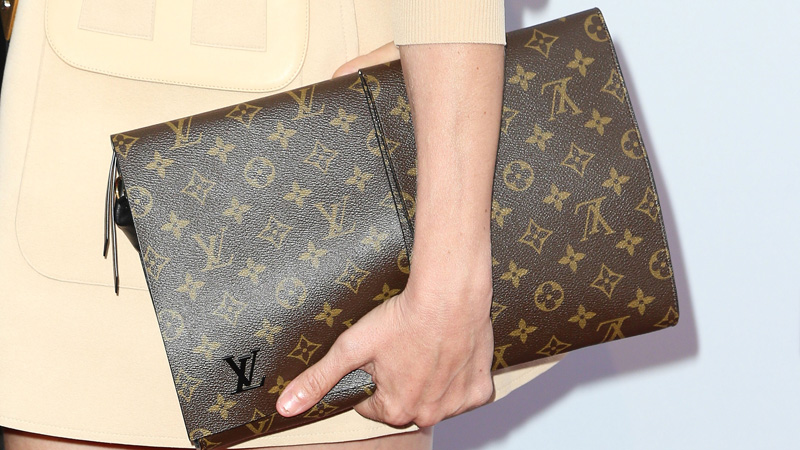 How To Spot a Fake Louis Vuitton Handbag

Louis Vuitton is one of the most copied brands on the planet. To start, always remember that the O’s in Louis Vuitton should have a perfectly round shape— many counterfeits use oval shaped O’s instead. Louis Vuitton is extremely careful about the way that its monogram is placed, and it’s usually completely symmetrical from side to side.

Some styles such as the Speedy have upside down LVs on the back-side of the bag— the reason being that Louis Vuitton will use one continuous piece of coated canvas that will wrap from the back to the front, which means one side of the bag will have an upside down logo. Not all Louis Vuitton bags are made in France, so if your bag says ‘Made in USA’ don’t automatically assume it’s a fake. Also, be sure to check that the Louis Vuitton bag you’re considering buying actually exists. Sounds obvious, but there are plenty of examples of counterfeit styles and colors of Vuitton bags that the brand never actually created.

How To Spot a Fake Goyard Handbag

Authentic Goyard bags are made from special resin coated linen and are lined with a cotton and linen blend fabric that leaves the bag feeling extremely light—unlike many of the fakes that are made from cheap cotton and vinyl. Goyard bags come in a plain dust bag placed within a plain, unmarked brown box. There will be no plastic covered handles or leather tags on the handle. Goyard bags are only sold at a small number of retail locations, which is easily accessed on the brand’s website.

If you’re buying a used Goyard bag, ask for the original receipt or even the place of purchase to match up with the list of retailers on the label’s site.

How To Spot a Fake Prada Handbag

The first thing to investigate on a Prada bag when trying to determine if it’s real is the logo plaque on the interior bag. The plaque should match the interior fabric of the bag and newer styles will have plaques that say ‘Prada’ and ‘Made In Italy’ on two lines.

Another way to determine authenticity? Prada only uses certain brands of zippers—Lampo, Ykk, Riri, Opti, and Ipi. These names will be embossed on the back side of the zipper. Not one of those brands? You aren’t looking at a real Prada bag.

All the hardware on an authentic Prada bag—zippers, buckles, locks, metal feet, and decorative hardware—will all be engraved with Prada, no exceptions. If any hardware on the bag is blank, you’re getting scammed. Authentic Prada handbags also have a small white tag in the interior with a random number printed on it.